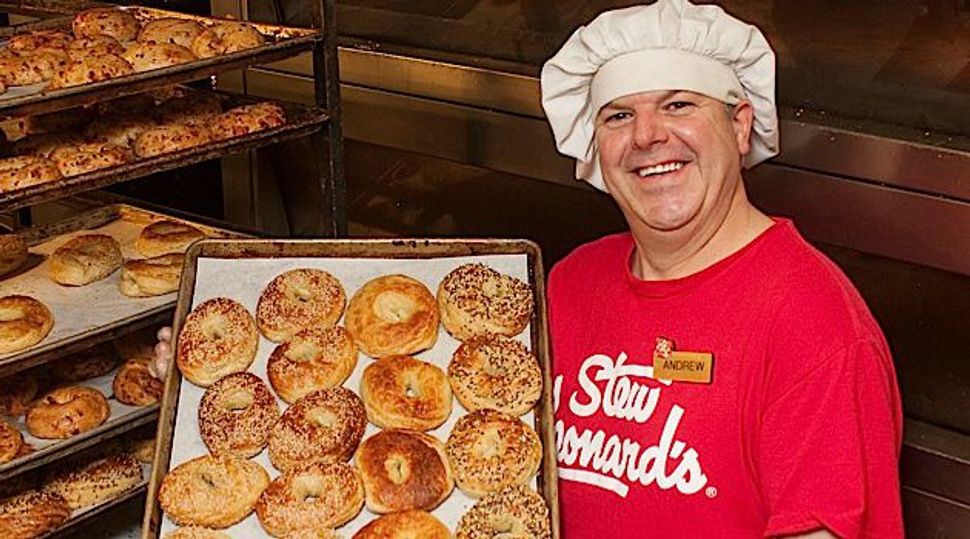 Image by courtesy of Stew Leonard’s 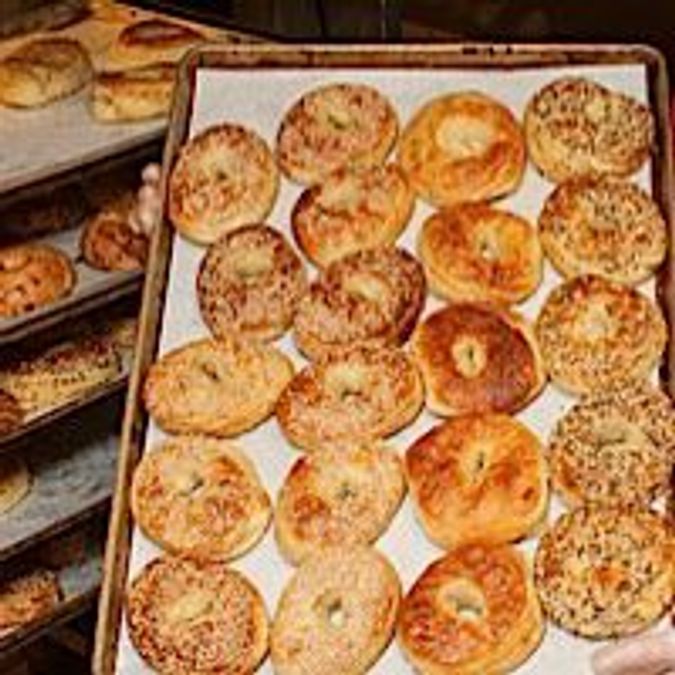 Image by courtesy of Stew Leonard's

The crogel is here. You can’t say you didn’t see it coming, what with all the hype last summer about the cronut. If someone could think of crossing a croissant with a donut, then it’s obvious someone else was eventually going to come up with a croissant-bagel hybrid.

We can thank Stew Leonard’s, the family-owned supermarket chain with four stores in Connecticut and New York, for the crogel. Stew Leonard’s has been baking croissants for thirty years, but on January 8, a baker named Tanya at the chain’s Norwalk store came up with the idea of marrying the French pastry with the Jewish roll-with-the-hole.

The baker took some regular croissant dough, fashioned it in to a bagel shape, kettle boiled it and then hearth baked it. And voilà — the crogel: crispy on the outside and flaky and buttery on the inside.

Of course, bagel purists are greeting this development with indigestion, but the jury is out as far as the rest of us are concerned. It would only be fair to pass judgment after actually tasting a crogel. The challenge, however, is getting one’s hands on one.

“We’ve been selling out of them,” said Meghan Bell, Stew Leonard’s director of public relations told the Jew and the Carrot.

“They just took off,” she said of the crogels, which come in plain, multigrain and sesame varieties and will set you back $3.99 for two.

Currently, around 300 crogels are being made per day — but only at the Norwark store. Bell said she expects crogels to also be available at the Stew Leonard’s locations in Newington, Danbury and Yonkers by the end of this week.

“The item has been getting rave reviews from our customers,” shared Bell and food bloggers with cronut fatigue have written that they are willing to try the crogel. (Well, not all of them, apparently.)

“They are just pretty darn delicious,” Bell said of the crogels. “They are so good that it is a sacrilege to put anything on them.”

We’re trying to be open-minded, but this is starting to sound just a bit too flaky for us.