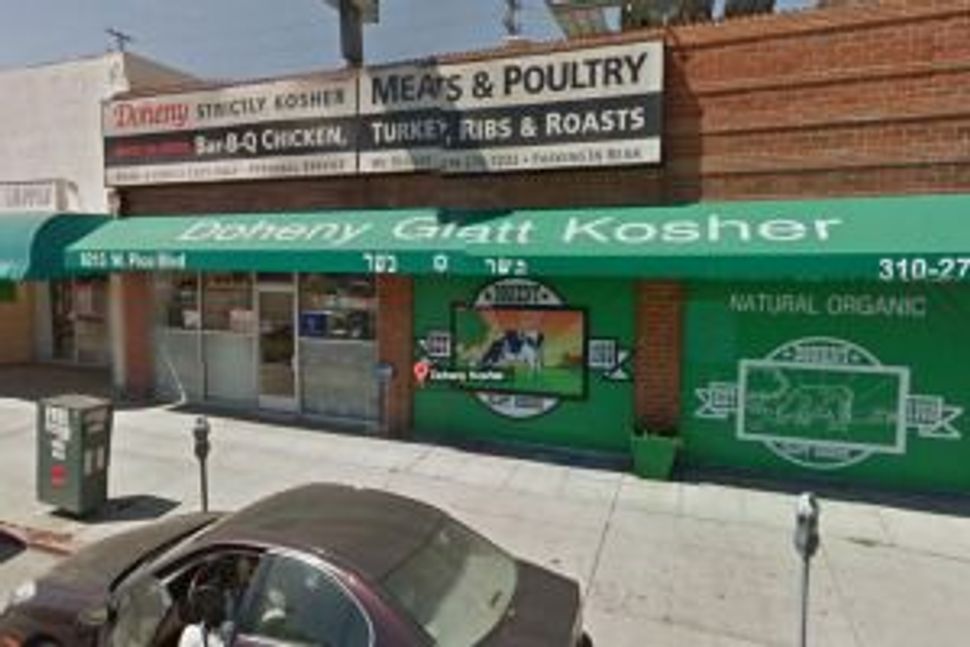 A volunteer board of rabbis has been regularly inspecting Los Angeles businesses already certified as kosher by the Rabbinical Council of California.

The Kashrut Vaad of LA — five local rabbis not affiliated with the rabbinical council — has been making inspections since late last year, the Los Angeles Jewish Journal reported.

Its formation comes less than a year after the scandal at Doheny Glatt Kosher Meats, the largest kosher meat supplier in Los Angeles, which was certified by the council. The store’s kosher certification was revoked following the revelation of an undercover video showing its owner directing his employees to unload unsealed boxes of chicken from his car while the kosher supervisor was absent.

The certification was withdrawn the day before Passover in March 2013. The store was sold and later reopened with a new owner and management.

The Orthodox Union’s kashrut division conducted an audit of rabbinical council-certified shops and made recommendations, which have been implemented, to provide stronger kashrut standards, increased inspections and more transparency, the Journal reported.

The vaad grew out of an ad hoc group of local independent rabbis recruited by the rabbinical council to inspect its clients.