Where To Get Your Kosher Meals on in Sochi 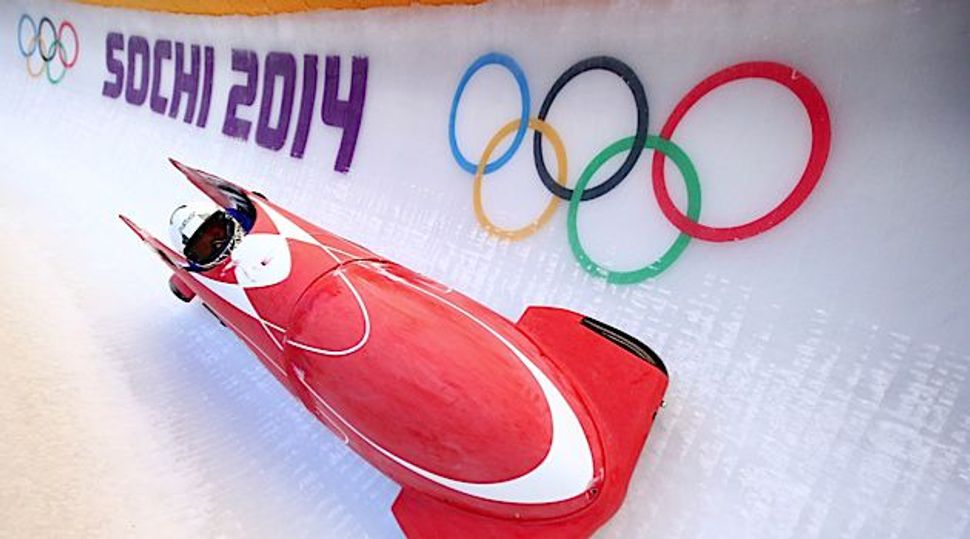 Members of the city’s fledgling Chabad-Lubavitch movement have been busy preparing for guests with plans to serve 7,000 kosher meals to spots fans and Jewish Olympians over the next three week.

The meals offered include a classic Chabad fare: traditional Russian borscht and roasted chicken, gefilte fish and some Israeli staples like hummus and matbucha. If you have a hankering for some sandwiches, you can stop by the town’s kosher shop in the Jewish community center to stock up on supplies.

Straddling the Black Sea, the city is home to only about 3,000 Jews, an even smaller number of who are observant. But those numbers are expected to soar in the coming days as thousands of winter sport enthusiasts flock to the area from around the world.

To prepare, the Jewish community has opened two temporary centers to welcome guests and the Israeli delegation.

Though Sochi lacks the vibrant Jewish past of many of the major Eastern European cities, in recent years it has seen an upsurge of interest in Judaism, Chabad leaders say. The influx in Jews over the past few decades, the city’s sole rabbi, Ari Edelkopf says, was in part due to suppression of minority groups under the Soviet Union.

“Sochi attracted Jews for its multiculturalism,” he said. “Home to many ethnic Georgians, Armenians and people of other nationalities, it was a haven for Jewish men and women wishing to flee other areas of the Soviet Union where they were easily singled out as minority outsiders.”

Chabad-Lubavitch, a Hasidic sect, began operating in the city in 2001. Since then, they claim to have seen nothing short of a small Jewish renaissance. The city’s three-floored Jewish community center was founded only a little over a decade ago, and since then they have managed to establish all sorts of Jewish services within the center — a mikvah, a synagogue, a soup kitchen, classes and a kosher store.

In the spirit of the Olympics, the small community is eager to welcome all — even providing meat to Muslim visitors.

“Thank God, we have a unified and warm community and we are very much looking forward to greeting our Jewish brothers and sisters from across the globe,” Edelkopf said.

Where To Get Your Kosher Meals on in Sochi