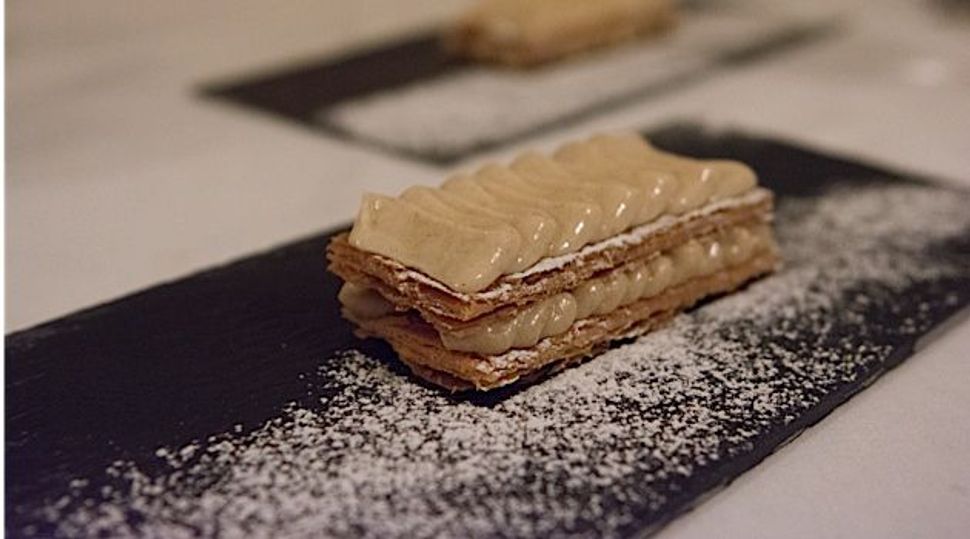 What did Israeli restaurant-goers and French President Francois Hollande have in common this week? They probably ate the same dish.

A group of 19 French chefs from some of the most prestigious restaurants in France visited Israel this week as part of the 2nd annual French gastronomy week, an event organized by the French Institute in Tel Aviv.

Among them were award-winning chefs, pastry chefs, butter experts and even Guillaume Gomez, who cooks at the presidential Elysee Palace in Paris.

For three days, the French chefs taught master cooking classes and partnered with their Israeli counterparts to collaborate on special menus at some of the Holy Land’s most popular restaurants.

One of them was the Michelin-starred Christopher Hache, who works at Les Ambassadeurs, a restaurant located inside the luxurious Hôtel Crillon in the French capital. This week, he joined Chef Moran Yanay in the kitchen at the Montefiore boutique hotel in Tel Aviv and concocted a few special dishes for the menu. 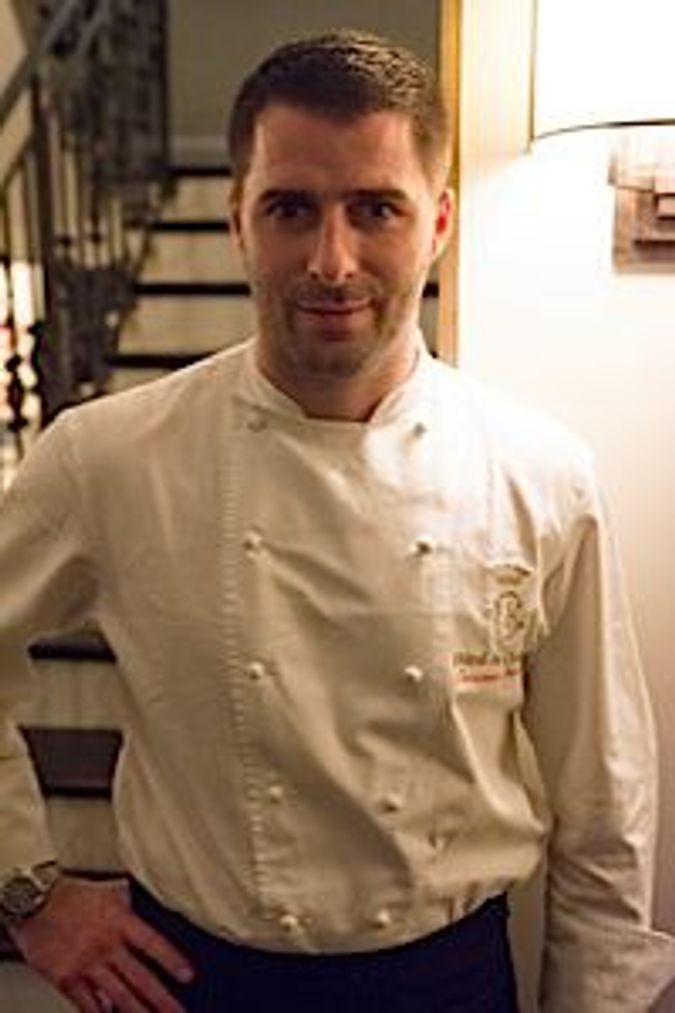 For starters, a perfectly round and firm poached egg in a velvety onion cream, sort of like a velouté. A very white dish that almost melts into the deep white plate until you cuts into the egg and let the orangey yolk add a pop of color as it spreads into the cream. The particularity of the egg, which was partially cooked in a microwave in order for it to inflate just a little bit, lies in the fact that the yolk and the white both had the same texture, as chef Hache explained. The mild onion cream was perfectly soft and even quite comforting.

Hache followed it up with a main course of Le bar en croute de Cajou. Translation: a cashew-crusted sea bass, beautifully placed in the center of Tandoori sauce. Although we commonly associate the traditional Indian yogurt-based sauce with chicken or beef, this mild version by chef Hache complimented the fish well.

Those whose stomach’s still allowed something sweet, were also able to enjoy a date millefeuille, a Middle Eastern inspired twist on a French pastry classic made out of layers of thin and flakey puff pastry dough alternating with layers of pastry cream and topped with glazed sugar. For the date version, Hache replaced the pastry cream with a sweet and smooth caramel-colored date one.

“When I go to a new place, what interests me are the local products,” he told the Forward standing by the kitchen door as people approached to shake his hand in gratitude, “I went to the market here so that I could bring something with a local touch to the menu.”

This wasn’t Hache’s first time in Israel. He participated in the event last year.

“Before coming last year, the other chefs and I had some preconceived idea of this country,” he admitted, “We hear a lot of things about Israel in France and the media can really amplify things.” “But when we actually arrived we made one of the most wonderful discoveries,” Hache continued, “I’m absolutely impressed by the people, by their happiness, their warmth and hospitality.”

Hache mentioned that he was particularly moved by “the complexity of Jerusalem”, which he and the other 18 chefs visited during their trip this year.

“It was incredible to see visit both Tel Aviv and Jerusalem and realized how close yet very different the two cities are,” he said, “I also studied the Bible quite a lot, so it was very meaningful to me.”

As far as Israeli food goes, Hache told the Forward that he has become enamored with borekas — a baked pastry which can be stuffed with cheese, potatoes or mushrooms.