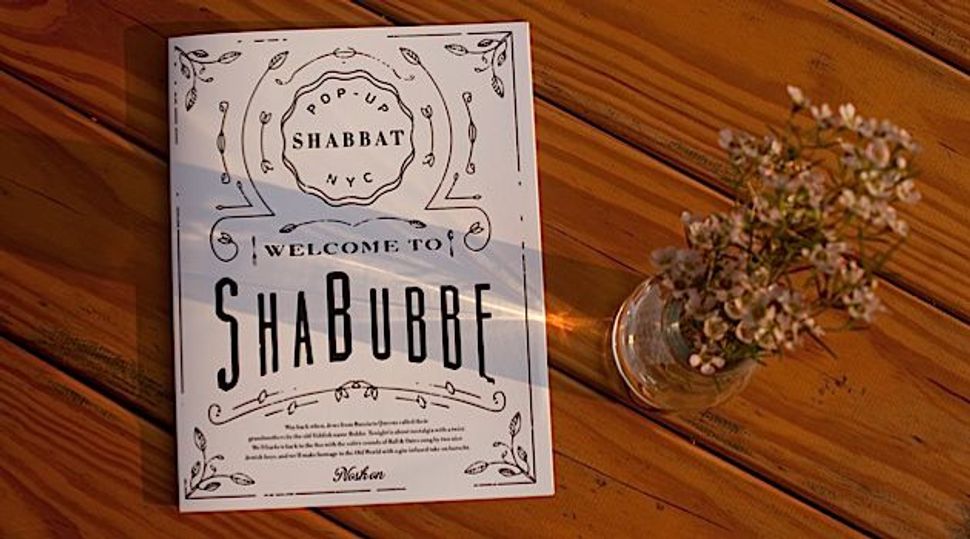 In a seemingly logical (and tasty) move: Brooklyn’s own Mile End Deli is teaming up with Pop-Up Shabbat, a Jewish-themed pop-up dinner series, to host bi-monthly events at new Mile End’s commissary kitchen on Pier 41 in Red Hook.

Over a year after Mile End’s kitchen/meat processing facility was devastated by Hurricane Sandy, it is entirely up and running (with the help of Fleisher’s butchers, which now shares the space). And there’s a brand new addition, too: A 1,300-square foot event space.

The first event in the space, a Russian-themed “Night Among the Tsars” Shabbat meal featuring salmon coulibiac, potato dill challah with horseradish vodka butter, and a blini flight, prepapared by chef is Boris Dubnov will take place Friday night, February 21.

“Night Among the Tsars,” is sold out, but Pop-Up Shabbat founder Danya Cheskis-Gold, tells us that the next event, which will take place on April 11, is a Passover-inspired event with a North African theme (one past theme was “Collards and Kugel,” which mixed Jewish-style and Southern cuisine).

“We’re like minded, and the space is awesome,” she says about the decision to make the Mile End commissary and event space their semi-permanent home.

Bermanoff also felt the collaboration between the two is a no-brainer. “It’s not falling far from the Mile End tree,” he says of the dinner series.

He’s hoping next week’s event is the first of many. “We have an amazing kitchen, so the events that make the most sense in this space would be those that revolve around food.”

“My ideal event is something like, ‘famous chef X comes to New York and wants to cook for a select group of extreme foodies’,” he says.

The kitchen, in particular, is likely to appeal to “extreme foodies.”

“It has a variety of different things you wouldn’t even find in the average restaurant kitchen — like large-scale smokers, sausage stuffers and meat grinders. These are definitely not things you’d find in a catering hall.”