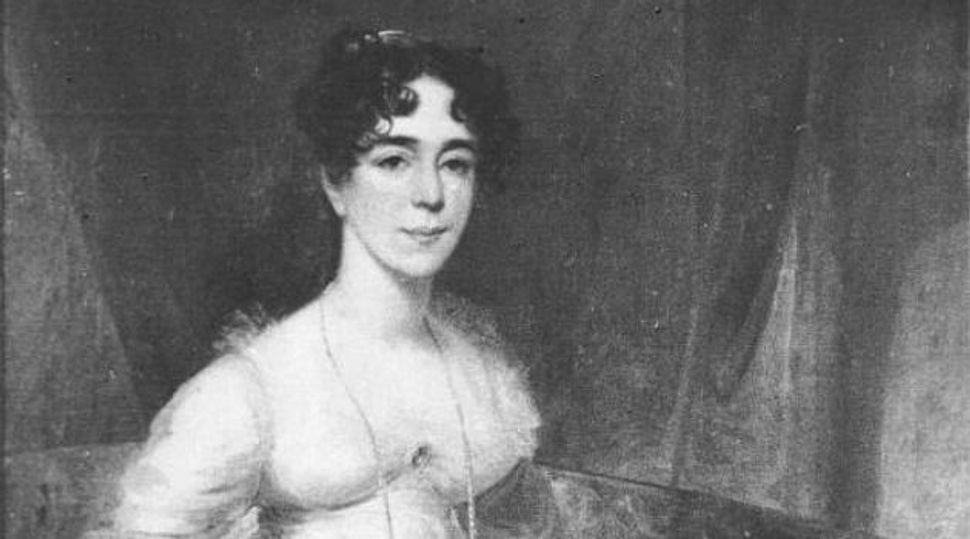 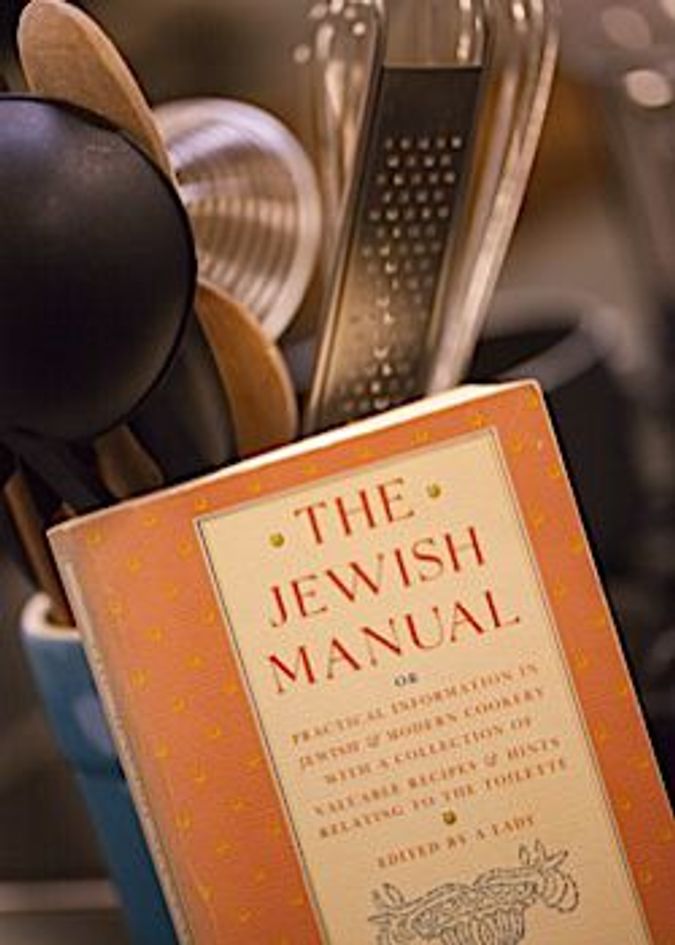 One Tuesday in February, a small group of people gathered in JW3, a Jewish community center in North West London, and slipped into something a little more respectable: 1846.

They were there to enjoy good Jewish food straight out of a mid-nineteenth-century upper class cookbook — thoroughly upper. The author was Lady Judith Montefiore. That was something of an open secret; in 1846, when Lady Judith published her book, the author was listed simply as “a lady.”

Behind the silence, though, everybody who was in the right circle to buy The Jewish Manual: or Practical Information in Jewish and Modern Cookery; with a Collection of Valuable Recipes and Hints Relating to the Toilette knew exactly who had written it.

According to Maureen Kendler, Head of Educational Programming and Mentoring at the London School of Jewish Studies and an author in her own right, Lady Judith kept her name off the cover due to a characteristic that was properly Victorian and traditionally Jewish: modesty. Her name wasn’t publicly outed until her funeral.

If you wanted to be a good Jewish lady in 19th Century upscale London society, then Lady Judith Cohen Montefiore was your role model. The wife of philanthropist Sir Moses Montifiore, she was elegant, composed, philanthropic, intelligent, and skilled in the arts becoming to a woman of her class.

Companion to royals, including Queen Victoria, she and her husband travelled with their own dishes and an entourage. When they were hunting, that entourage included a butcher. Wealth permeates her cookbook. From cover through content, The Jewish Manual would have been out of the average person’s reach.

“A lot of this is going to be about class,” Kendler says, at the onset of the evening. A third of the book is dedicated to skin care (For a superior milk of roses, boil fresh rose leaves in asses’ milk.), hair care, attire, comportment, and etiquette. Every dish is kosher, and every direction guides one toward being, in act and appearance, an observant Jew.

In the same era, Jewish cookbooks were coming out in America. These old cookbooks are a “really interesting way to find out about social history, as well as about food in the mid-eighteen-hundreds.” Kendler’s is the grin of a happy researcher.

When The Jewish Manual was written, there were only 20,000 Jews in London. As you read the recipes, it quickly becomes apparent that Lady Judith wasn’t doing the cooking. (Was there ever any doubt?) Her directions tend to be on the loose side. Remember your grandmother’s insistent: “Add a handful of flour.” What do you mean, how much is a handful? A handful? There were pinches and dollops, but your grandmother knew exactly how much she meant. If you knew the size of her hands, then you could follow along pretty well. The Jewish Manual’s instructions are a little more haphazard. These are recipes for people who will tell the cook what they want, and let the kitchen figure it out. Consider the recipe for “A Luction, or a Rachel”:

Make a thin nouilles paste, cut into strips of about two inches wide, leave it to dry, then boil the strips in a little water, and drain through a colander; when the water is strained off, mix it with beaten eggs, white sugar, a little fresh butter, and grated lemon peel; bake or boil in a shape lined with preserved cherries, when turned out pour over a fine custard or cream, flavoured with brandy, and sweetened to taste.

Get that right on the first try, if you can.

Fortunately for those of us who live in the twenty-first century, and who are our own cooks, Le Cordon Bleu graduate and cookery (as they say in England) school owner Rachel Davies proved perfectly capable of translating that into reasonable measurements. She also swapped cranberries for the preserved cherries, making shopping easier for all of us.

While it was baking, Davies prepared egg wine, a hot concoction of white wine, eggs, honey, and spices. According to Lady Judith, if you serve this with toast, it “forms a light nutritive supper.” In cold weather, it’s satisfying in a mug, with nothing at all on the side.

A few minutes after the samples of wine had been swept away, the oven door was opened, releasing scents of sugar and spice and fat.

To a New Yorker in London, the Rachel — which Davies consistently called a Luction, deftly avoiding any linking of pudding – was distinctly reminiscent of a sweet noodle kugel. Served warm, with a generous helping of sweet and boozy cream, it tasted like comfort food.

Rich Victorians … Maybe they weren’t so different from the rest of us.

2) Soak the cranberries in boiling water for about 15 minutes, then drain.

3) Cook the noodles in boiling water according to the packet, and drain.

4) Melt the butter and leave to cool slightly.

5) In a large bowl, mix together the eggs, sugar, butter and lemon zest and stir

6) Line a baking dish with the dried cherries, pour over the noodle mixture and

bake for about 1 hour until the top is just golden and the pudding has set.

7) Leave to cool slightly and serve.

Optional: as in the original recipe, pour over some cream sweetened with

icing sugar and a splash of brandy.