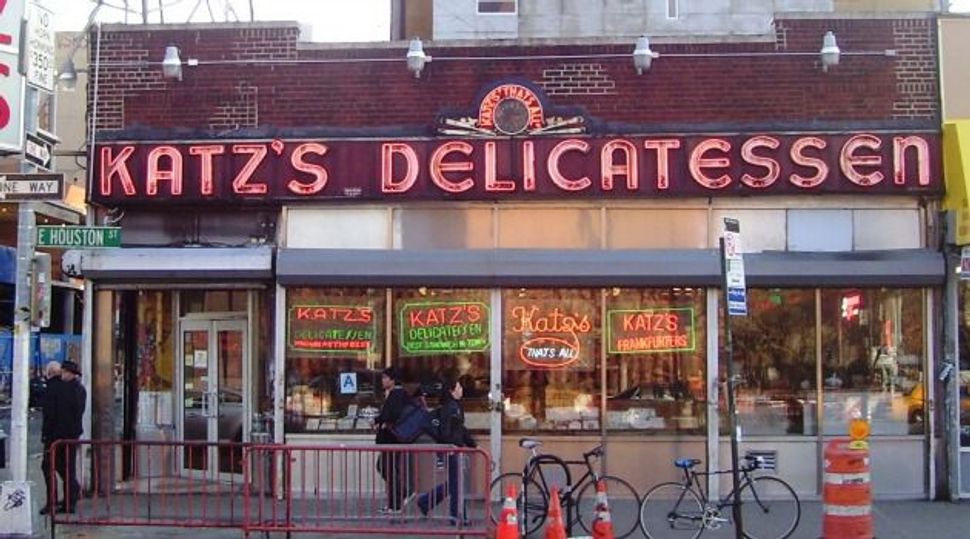 (Reuters) — The owners of New York City’s iconic Katz’s Delicatessen filed a lawsuit on Wednesday against the operators of local food trucks named Katz & Dogz, claiming the trucks are a blatant attempt to dupe consumers.

Customers are likely to assume that the trucks, which sell the same Jewish-style fare, and the famed deli are somehow affiliated, according to the lawsuit filed in U.S. District Court in Manhattan.

The deli’s owners are seeking an order to bar the trucks from using any name that could easily be confused with Katz’s.

Katz’s, located on Manhattan’s Lower East Side since 1888, is among the city’s best-known eateries.

Katz & Dogz, which operates two trucks and a cart, appeared on the streets of Manhattan and Brooklyn last year, according to the lawsuit.

Like the deli, Katz & Dogz trucks sell pastrami, corned beef sandwiches, knishes and other traditional fare, according to the complaint.

Katz & Dogz also sells a “Reuben Orgasm,” which the lawsuit says could be a reference to a famous scene in the popular 1989 movie “When Harry Met Sally” that was shot at Katz’s.

In the scene, actress Meg Ryan fakes an orgasm while eating a sandwich, prompting another diner to say, “I’ll have what she’s having!”

“Defendants’ blatant efforts to appropriate (Katz’s) business goodwill, name and mark have resulted in (Katz’s) being associated with food products and restaurant services over which it has no control,” the lawsuit said.

Katz’s owners claim they offered Katz & Dogz $7,000 to change the name but that the truck owners reneged on the deal before it was finalized.

Reached by telephone, an owner of Katz & Dogz who identified himself as Tarek, said the deli owners had been “pushy” and “not polite” when they approached him about a name change.

He declined to comment on the lawsuit because he said he had not seen it.

“I would like to avoid a lawsuit … but I’m not going to sign any paperwork,” said Tarek.