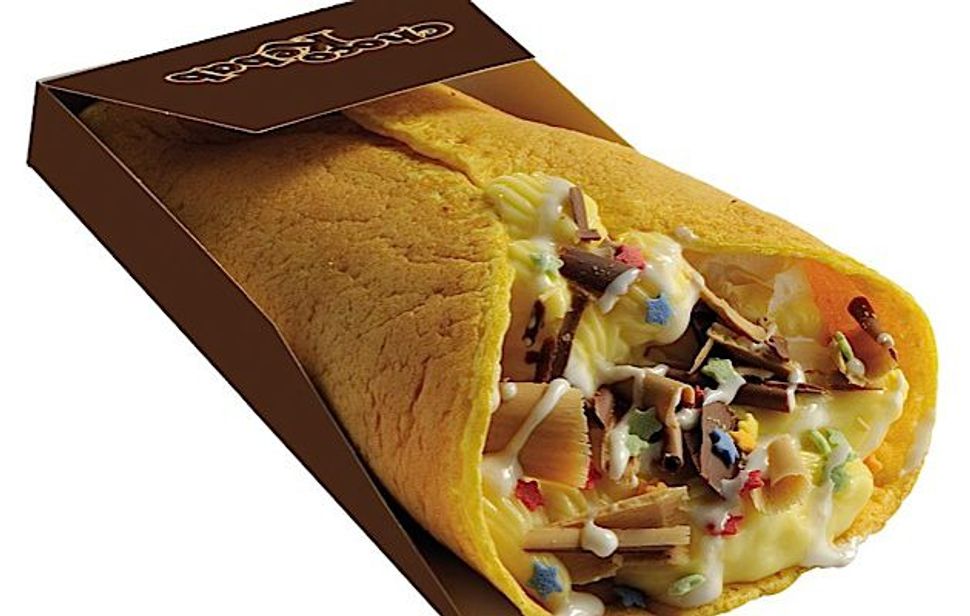 New food crazes pop up every few months in Israel: chocolate-filled syringes, the cupcake, the kurtosh (a Hungarian cylinder shaped cake which comes in many flavors), and even the cronut made its debut in Tel Aviv this year. So it was only a matter of time until someone created a gimmicky dessert with Israeli sugar addicts in mind. Introducing: the Chocolate Shwarma.

The concept is simple: replace the rotating meat pole with a chocolate one. The chocolate is simply shaved off the pole the way shawarma meat is and put inside a crepe which stands in for pita.

Like any good shwarma sandwich in Israel, toppings are abundant at ChocoKebab in Jerusalem. Here you can choose from halva, marshmallows, chocolate chips and nuts. If you’re looking for a creamy base, you can add a schmear of maple syrup, whipped cream or even dulce de leche to the crepe.

There is definitely something appealing about creating a sweet version of a savory dish. Many have done it before, like Max Brenner’s Chocolate Pizza. But to be honest, the ChocoKebab is nothing more than a crepe, and crepes are not new around here. They have been sold in stands in almost every mall in Israel for years. So the only new thing about the chocolate shawarma the preparation and the packaging. 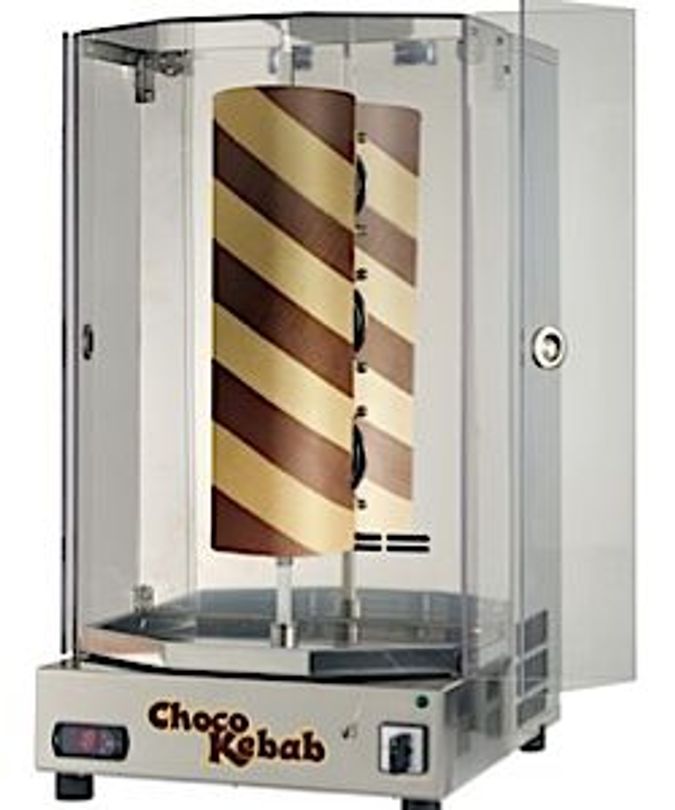 Although it “screams Israel”, the Choco-Kebab was not actually invented in the country: it was brought to the holy land by Oded Cohen, a newbie to the food industry who came across a similar concept during a trip to Sicily.

The first branch opened in Jerusalem a few months ago. Today, there are choco-shawarma stands in Hod HaSharon, Modi’in, and Ness Ziona. More branches are expected to open across the country, including in Tel Aviv.

But Israel’s love for ever-changing trends means they usually don’t last very long — the average life expectancy of a Tel Aviv bar is approximately one year. After that, they usually close, make a few upgrades in decoration and re-open under a new name. Only time will tell the fate of the Choco-shawarma, but be assured: chocolate and crepe connoisseurs will not be fooled.