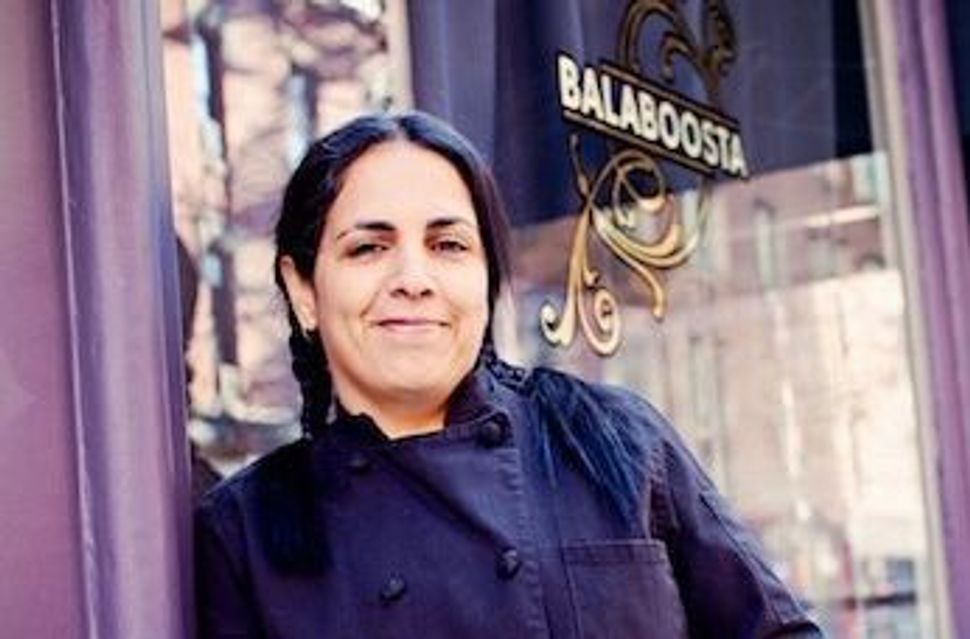 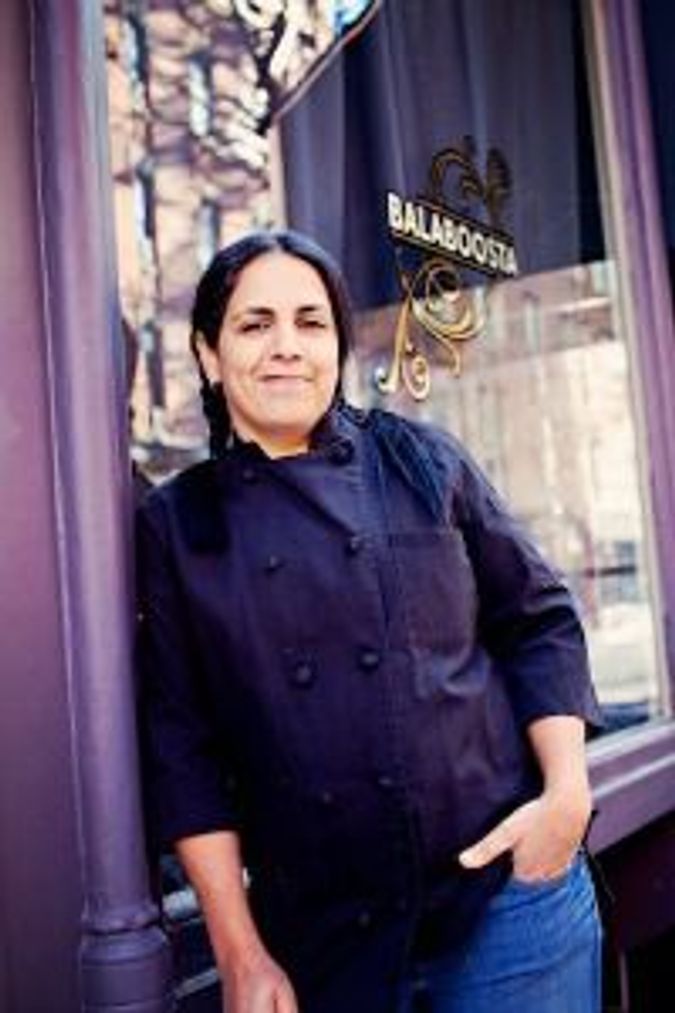 Image by Courtesy of Einat Admony

To the many salivating fans of Israeli-born star chef Einat Admony: Your wait is nearly over.

“The private dining area downstairs took forever,” the chef told the Forward from her car. “It took us a year and three months to build this place. But I finally feel comfortable with how it looks.”

“Balaboosta feels rustic, and the food’s homey and simple,” she said. “The food at Bar Bolonat is more refined, the plating is beautiful, and there’s a lot of play between savory and sweet ingredients.”

And while Balaboosta describes itself as “Mediterranean meets Middle East,” Bar Bolonat’s cuisine will circle back to the chef’s own upbringing in the Israeli town Bnei Brak, including traditional Ashkenazi food.

“Most of my life I’ve been traveling,” she said. “There are a lot of influences in my food. But after all this traveling, I realized I’m most comfortable with what I grew up with. I have a big love for Indian and Thai, and I eat all kinds of cuisine. Israeli cuisine is still my favorite, and I think where I’m strongest.

But Bar Bolonat won’t be “what you thought Israeli cuisine is about,” says Admony. It’s more her own take on the food, “It’s inspired by snacks of Israel, spices in different combinations that people aren’t quite aware of. You see tahini and zaatar everywhere now. My goal to take it to a new level. It’s a very different challenge than Balaboosta.”

Vegetables will also dominate Bar Bolonat’s menu. “It’s very veg-driven,” Admony said. “I want to be true to what I cook at home. There’s meat and turkey shawarma on the menu. But I cook a lot of vegetables for my family, and there’s a lot on the new menu.”

Admony previewed some of Bar Bolonat’s fare for the Forward. A roasted poussin (chicken) with pomegranate sauce on Persian yellow rice “feels very Israeli to me,” she said. “We did a pomegranate sauce at Balaboosta a while ago, and people were licking the plate.”

The chef sounded especially proud of Bar Bolonat’s desserts, like a luscious chocolate falafel. “It’s a beautiful chocolate ganache covered with coconut and chickpeas served with crème anglaise and basil sauce,” she said. The basil sauce is a witty spinoff on schug, the green spicy and garlicky “Yemeni salsa” Admony serves at Taim, the Waverly Place fast-casual spot that was her first solo venture.

On the Ashkenazi tip, Admony will debut a spectacular-sounding noodle kugel with hawaij, a traditional mix of spices like cardamom, ginger, and clove usually used in coffee. It’ll come with sour-cream rum-raisin ice cream. “It’s taking these cultures and bringing them together in an elegant way.”

One huge difference between Balaboosta’s kitchen and Bar Bolonat’s: Gas. Admony’s cooked at Balaboosta with only electric appliances. “Now, we can serve food in cast-iron or regular pans,” she said. “I can serve shakshuka the way I wanted. At Balaboosta, we put it in a terra cotta dish. Here, we’ll serve it on a metal sauté pan.” Shakshuka will appear on Bar Bolonat’s “amazing” brunch menu, Admony said.

And what do Israelis think when they taste some of the foods they grew up with on Admony’s menus? “They’re a very hard crowd to please,” she laughed. “But some dishes they go crazy over. They love the Israeli street fare at Balaboosta. A lot of Israelis come because it reminds them of home. There are some things on the menu they can understand more than any American.”