How To Become a Citizen Farmer 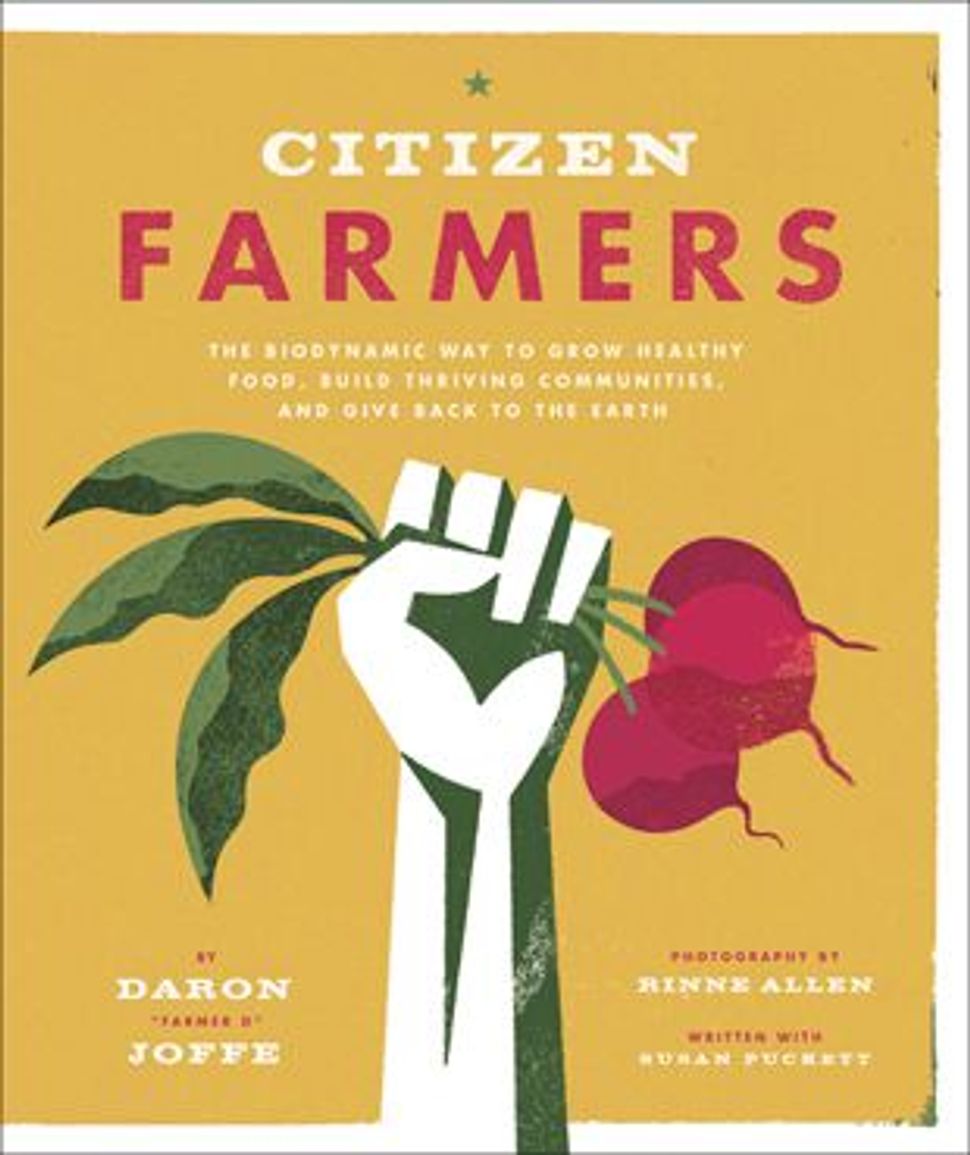 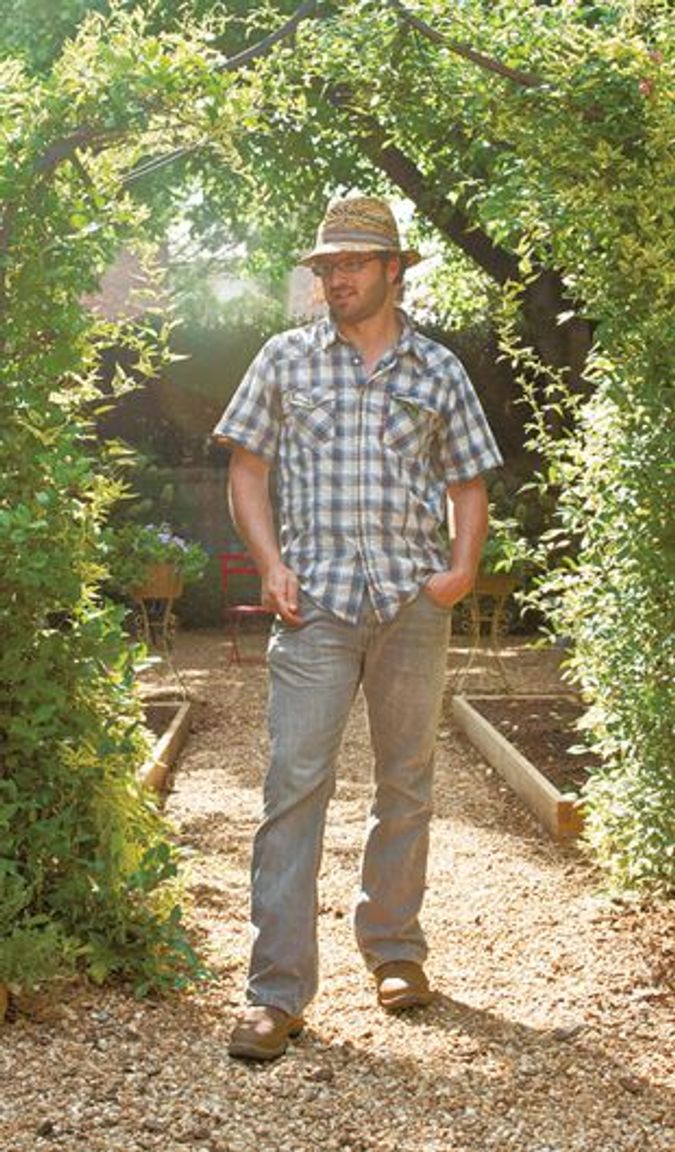 Daron Joffe was a freshman at the University of Wisconsin in 1995 when he ate a turkey sandwich that changed his life.

“I looked at it and realized there’s so much I don’t know about it,” the Oakland resident, 37, recalled recently. “There are so many things I didn’t know about where food comes from and where it’s grown and what my relationship could be to food, and that I didn’t have one.”

What a difference 20 years makes. Joffe, owner of Farmer D Organics (he is “Farmer D”), has a new book out, “Citizen Farmers: The Biodynamic Way to Grow Healthy Food, Build Thriving Communities, and Give Back to the Earth,” written with longtime food writer Susan Puckett.

The environmental educator, farming consultant and social entrepreneur is the first to admit that what he does is hard to explain. With the book, Joffe said, “now I can say this is what I do, and why I do it.”

Part gardening handbook, part call to arms, part manifesto, “Citizen Farmers” also offers a range of advice on topics such as composting and soil composition, the 10 best crops to grow with kids and how to grow food in low-income communities.

Joffe, who said he developed his love for the environment attending Jewish summer camp, has become a renaissance man in the world of biodynamic farming, a type of sustainable agriculture developed by Rudolf Stein 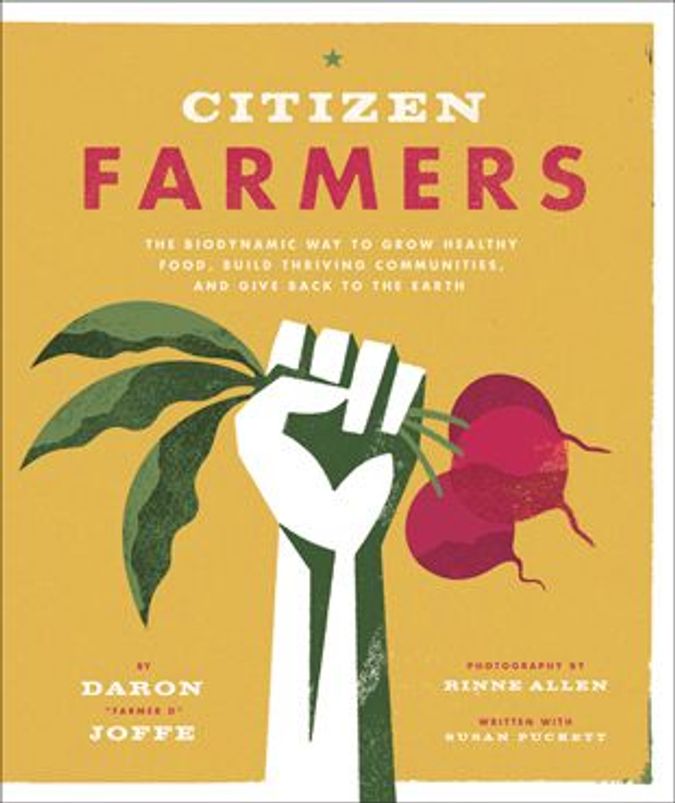 While the turkey sandwich revelation plays a pivotal role in Joffe’s narrative, he also recalls his family coming together around his bubbe’s holiday table in Johannesburg, an activity he says informed his choices later in life. Joffe was born in South Africa and immigrated to Atlanta with his parents as a toddler; he said his efforts to bring farming to low-income communities can be traced back to the poverty he witnessed on return trips to South Africa.

After dropping out of college and apprenticing on several biodynamic farms, Joffe bought his own farm when he was 20, using his bar mitzvah money to make the down payment on 175 acres in southwest Wisconsin. While his parents initially were skeptical, he said, they were convinced not only by the delicious produce he was growing, but by seeing their son — despite the many challenges of being a rookie farmer — thrive and pursue his passion.

A few years later, he attended a conference in Madison, Wis., where he met Mohammed Nuru, then executive director of the San Francisco League of Urban Gardeners (and now director of the city’s Department of Public Works). Nuru recruited him to start an organic garden at Log Cabin, a camp and school for troubled youth in the Santa Cruz Mountains. All the produce grown was given to the juveniles’ families.

Meanwhile, Joffe had other ideas brewing. In 2001 he proposed a therapeutic gardening program at the JCC in his native Atlanta, and it was an immediate success — so much so that the kids voted Gan Chaim as their favorite camp activity. (It also serves seniors and individuals with special needs.) While many JCCs and synagogues have their own gardening programs now, that was not the case just 10 years ago.

Based on the program’s success, a staffer encouraged Joffe to apply for a two-year fellowship with the Bay Area–based Joshua Venture Group, which offers support to young Jews with big ideas related to social change. As a fellow, Joffe gained the skills to launch his consulting business along with the know-how to replicate the Gan Chaim program at other locations.

Joffe has since been a consultant for many JCCs and Jewish organizations — he was the first farm consultant for Adamah, the environmental fellowship in Connecticut started by Adam Berman that led to Berkeley’s Urban Adamah program. Joffe also helped start farms at Camp JCA Shalom in Malibu and the Brandeis-Bardin Institute in Simi Valley, to name a couple in California.

He also has worked with non-Jewish institutions and has helped numerous low-income communities turn desolated fields into urban farms. Many of Joffe’s current clients are planned residential communities, which, in a sign of the times, are using their green spaces to plant farms rather than build golf courses. This trend was covered in the New York Times, which mentioned Farmer D Organics.

Joffe started a partnership with Whole Foods in the Atlanta area, teaching participating stores to turn their food waste into compost, which they package and sell under the Farmer D Organics label. And he has joined with his father — a woodworker, among other things — to manufacture sustainable-wood garden beds and composters, which are sold by Williams-Sonoma.

Then there is the Farmer D Organics store in Atlanta, where Joffe’s line of composters, garden beds and other farming supplies are sold.

With his business based in Atlanta, one might wonder how Joffe ended up living in Oakland. The East Bay is where he met his wife, Stephanie Bernstein-Joffe, founder and CEO of the Berkeley-based eco-company To-Go Ware. They have two young children, son Tilden and daughter Sibley.

“Whether you support the movement from your garden, kitchen, classroom, board room or farmers market, I like to think of all of us as potential citizen farmers, each making a contribution to a better and more sustainable world,” Joffe said. “I am convinced that integrating agriculture — and the personal values it teaches — into everyday life builds strong and vibrant communities. I believe this so strongly that I have made it my life’s calling to cultivate as many citizen farmers as I can.”

This article first appeared in J. the Jewish news weekly of Northern California.

Alix Wall is a personal chef in the East Bay and beyond. Her website is www.theorganicepicure.com.

How To Become a Citizen Farmer