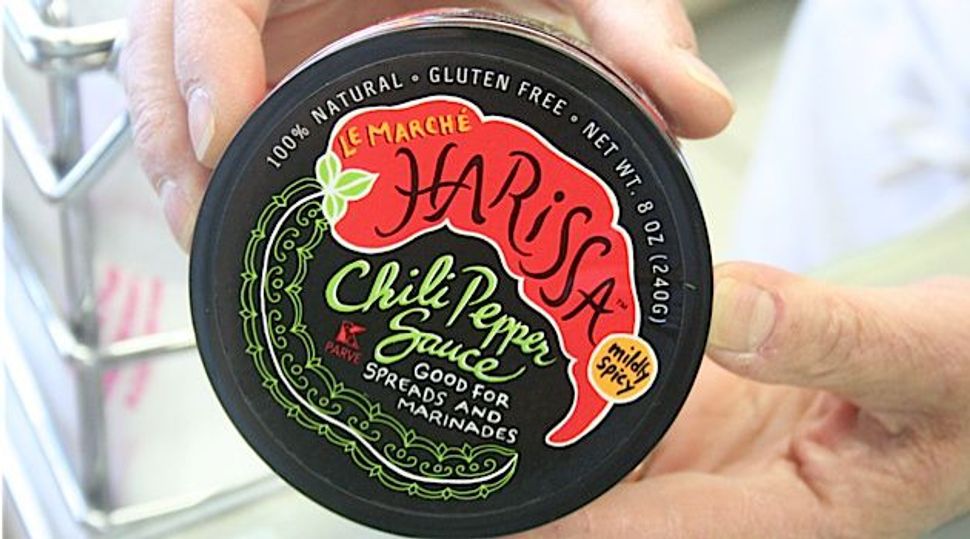 Situated in a mere 1200 square feet, Moroccan shop Le Market is a microcosmic reflection of the diverse North Hollywood neighborhood it’s located in. One foot in the door and you’ll be greeted by multiple “shaloms,” from one of the two or more Bitton brothers from behind the front counter that serves as both the deli and the register.

Listen closely and you’ll hear the brothers converse in French and a Moroccan dialect of Arabic. The Bittons represent a large Moroccan Jewish community that moved to the area roughly 30 years ago. Speak with anyone shopping in the market and you my get a response in Hebrew, Spanish, French, Arabic or English.

The oldest brother, David Bitton, was the first of eight siblings to emigrate from Marrakesh to Los Angeles. In 1987 he encouraged his brother Avraham to come to the United States to start a business. That year they opened Le Market in North Hollywood and sold mostly produce. “People told us to open a vegetable market. We tried, but it was so hard. So then we decided to open a grocery market,” Avraham said. Today they sell everything except fruit and vegetables. 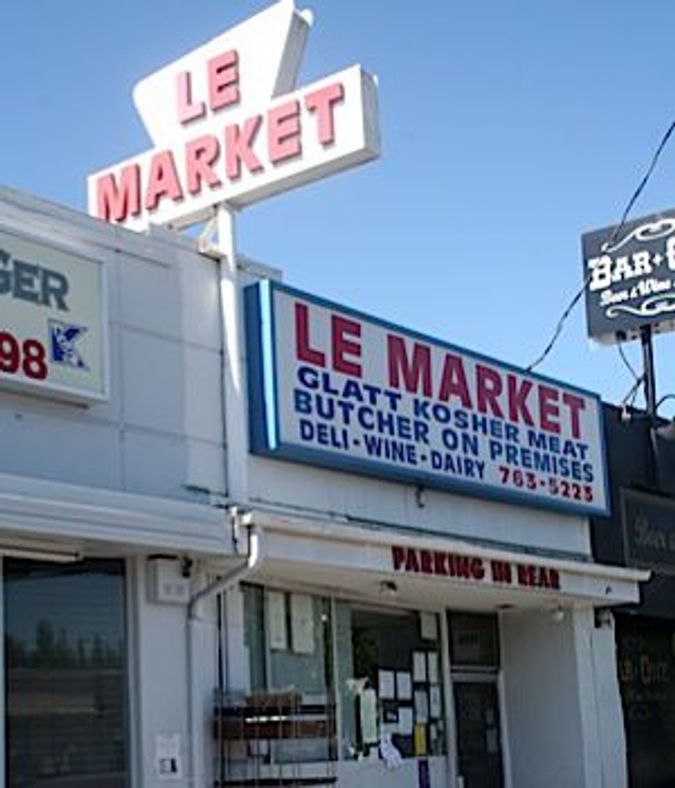 Avraham continues to manage Le Market with his younger brother Shimon, and David manages the restaurant, Le Sushi, two doors down the block. Five years after Le Market opened, they took over the adjacent property to make space for an in house butchery, which prepares traditional Moroccan meat dishes like spicy Merguez sausage, beef kabobs, beef filled Moroccan cigars, and pastillas filled with a mixture of ground chicken, almonds, onions and spices, just waiting to be fried up and bitten into. (They also carry organic and hormone free meats under the brand name Teva.)

Every Thursday the deli case is filled with freshly made Moroccan salads such as stewed tomato matbucha, roast peppers, Israeli style babaganush made with tahina, roast eggplants, spicy carrots, beets seasoned with cumin, marinated chickpeas and olives. One of the products Le Market is best known for is it’s in house made Harissa, a Moroccan chili paste that will add a kick to any dish.

In addition to pantry items such as flour, sugar, tea, coffee, and canned goods, the market stocks a wide variety of packaged candy, nosh, cookies, cakes and condiments. They sell approximately 40 different wines from Israel, Europe, South America and of course California. Refrigerator and freezer cases in the back of the store display steaks, roasts and poultry. Fresh salmon and eggs are always available.

In recent years larger kosher supermarkets have opened in the neighborhood putting some of the smaller stores out of business and making it harder for specialty markets to compete. What Le Market lacks in produce, they make up for in customer service. Weeks before the High Holidays, patrons are encouraged to place orders for meat and groceries to ensure that they will have exactly what they need, alleviating the need to shop during the busiest times of the year. Depending on how busy they are behind the register, they’ve even been known to provide curbside service to busy moms with a van full of kids who just needs to pick up something quick for dinner. It’s one of the perks of being a regular patron of the market.