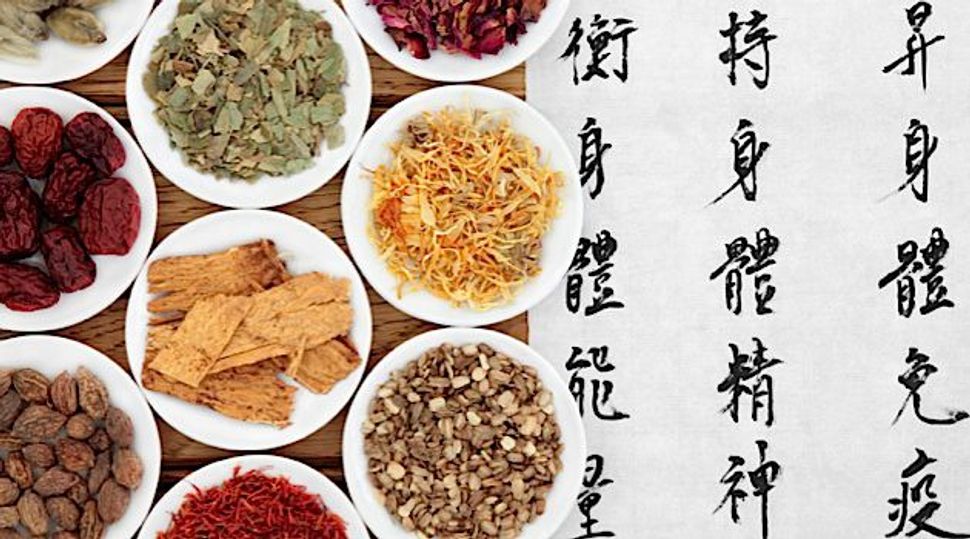 The kitchen walls are coated, floor to ceiling, in tiny bags of Chinese herbs, their Chinese names transliterated beneath them. In the living room the art is simple — charts of the body, the channels and meridians for acupuncture. There are enough couches to seat a family of fifteen. You don’t expect Chabadnicks to become acupuncturists. Not usually. But this is Berkeley.

Now a student at the American College of Traditional Chinese Medicine in San Francisco, the walls of Daniel Feld’s home have become textbooks. It is like an old Polish synagogue, how they wrote the new prayers on the wall, only these prayers involve reading the patterns on a tongue, understanding what a hot or cold system imply, and learning, in detail, how to balance them using acupuncture needles and herbs. Think Baal Shem Tov meets Isaac Luria: the 2014 California edition.

The biggest Shabbat dinner in town is when Daniel, 25, the son of the late and well-loved Berkeley Chabad Rabbi and Mohel Chanan Feld, hosts a meal. It happens once a month in his two-story California walk-up apartment. We are asked to remove our shoes before we enter, sometimes up to 50 pairs littering the doorway to the entrance. 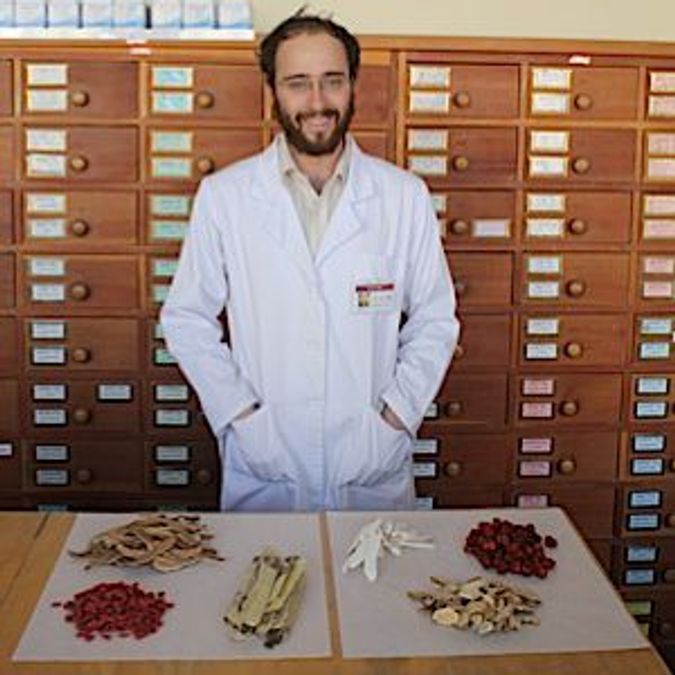 Daniel sports glasses, an off-kilter kippah, a short beard and unruly hair. He is a bit mad scientist looking up to his soft hazel eyes, which betray any seemingly rough edges — he is a good guy, surprisingly un-hippie, genuine, sincere and composed for the role he plays. When he hosts a dinner, everyone comes. Up from the South come the hippies from the Jewish commune in Santa Cruz. Down from the North come the marijuana healing cream experts, the neo-Chasid’s of Humboldt County. From the East, young secular Israelis or Chabad rabbis of all ages show up and from the West, the more secular academics and dot commers.

The food is gathered from these four corners as well. Cooking, as Daniel explains, “is a collective group effort.” Volunteers show up in groups on Friday afternoons to help with the cooking. “The Chevrah from the Busboys,” the Watsonville commune dwellers, they make a mean “strongly ginger-flavored shakshuka” in a giant wok. Others make homemade guacamole and hummus and the Berkeley Chabad Rebbetzin Miriam Ferris donates potato kugel and a challah or two. Doc Green’s Collective, a group of neo-Chassidic entrepreneurs who produce a cannabis-based pain relieving cream — they donate salmon which they cook with roasted root vegetables, tamari, olive oil and rosemary. The salad greens come freshly picked from Urban Adamah’s urban Jewish farm, smothered in a homemade maple syrup dressing.

By eating time there are people, practically in piles, perched on couches and futon mattresses lining the walls — it is like a mini Jerusalem only here all sides get along. Why? Because of what is allowed — everything. Deep prayer, shomer ngiyah, total secularism, holistic offering — the only rule: be nice and eat plenty. No one has to get up. A few people pass troughs of what you expect to be bad kosher food over heads and into the center of the gaggle where someone dishes it out onto plates. The food is not bad, not even good. It is something else, otherworldly. It is your mother’s kugel laced with an herbal cure. This is new-age old school kosher, only without an agenda. It is the ingathering of the California tribes.

The guacamole and hummus are passed around, the salad greens spill onto the floor, the shakshuka, the salmon — everything moves through the room and whether there are 20 or 50 guests, there is always enough. Sometimes there is rice and daal, made by the Busboys, and always there is chicken soup made my Daniel himself — an old family recipe spiked with Chinese healing herbs.

The chicken soup does something to us. We are eating the food of his ancestors — a soup inspired by his Great Grandmother Shprintza Dina, reminiscent of his mother’s soup as well. Something in this room is taking place — a healing. The soup is slightly salty, light and sophisticated, warming like a grandmother’s chicken soup. The Chinese herbs are an original flavor, balanced — it is a surprise soup, really, because the tastes are less than recognizable but the feeling as it goes down, a calm memory — that is where the flavor lives.

It is impossible in most cities to bring these groups together. In most cities, these groups may not even exist. At this cross-secretion we are usually at war with one another, within Judaism, and in this room, drinking Chinese neo-Chabad chicken soup and just relaxing for hours and hours on end, the Orthodox, secular, and everyone in-between suddenly gets along.

Chinese Chicken Soup For the Soul

This delectable soup is a perfect combination of your Ashkenazi mother’s traditional, hearty chicken soup and an elegant mixture of Chinese herbs designed to fend off colds and warm the atmosphere.

2) Add the sliced onions, radish, celery, carrots, potato, sweet potato and minced ginger. Half-cover and simmer at low heat for at least an, adjusting the seasoning to taste.

3) Remove the skin from the chicken and wash chicken in warm water.

4) Add to soup at 1 hour. Let simmer for another hour.

5) After a total of two hours, add in the Chinese Herbs.

6) In last 5 minutes of cooking, mix in Miso and fresh cut thyme, basil, and mint.

7) Leave on very low flame or on blech.