The Making of a Plum-Perfect Honey Cake 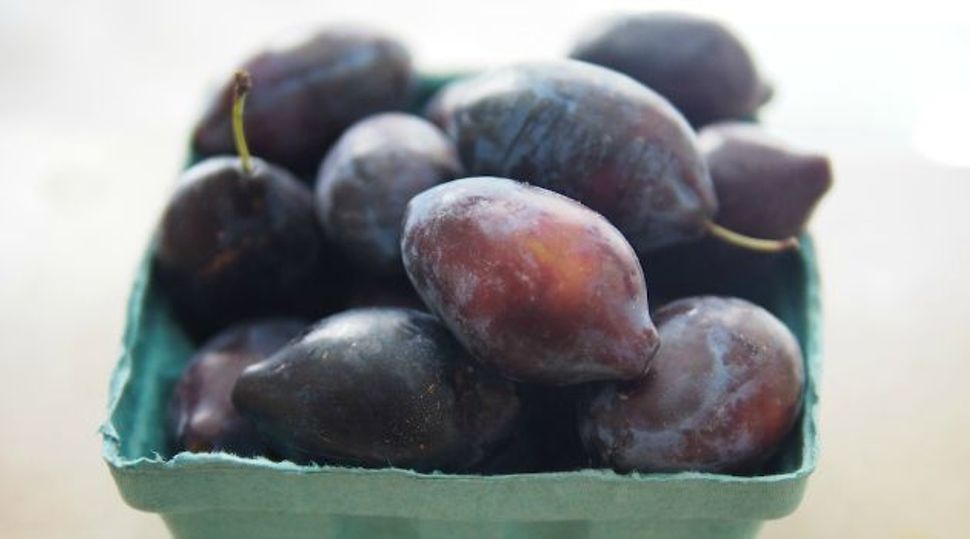 I’ve had honey cake on the brain lately. I know: Haven’t we all?

But I can say with confidence that I’ve been more immersed in honey-cake contemplation than the average Jewish woman approaching the High Holy Days.

Not only did I just interview Rose Levy Beranbaum about her glorious version of this Rosh Hashanah classic — the recipe is here — but I was also recently tasked with developing a gluten-free honey cake. And I went through several failed attempts before coming up with one I could be proud of, a cake that was moist and not too sweet, which involved a combination of regular gluten-free flour and lovely, flavorful almond meal.

So there’s been a lot of honey cake happening in my kitchen these days.

This week I spied gorgeous Italian plums at the farmer’s market, and greedily gathered them up, thinking I’d turn them into a dessert called Purple Plum Crunch, which was a late-summer favorite in our house when I was growing up. The plums were delicious, and over the last few days, as eager hands snatched them from the bowl, I watched the mountain I brought home dwindle down to a small hill.

Meanwhile, I realized that while I had had every intention of making a honey cake for the holiday, I was suddenly rather bored with the idea. I had honey-cake ennui.

But then I got an idea: What if I cooked the remaining Italian plums right into an adaptation of my most successful gluten-free take on the cake? The plums and honey and almond flour would be a beautiful combination, and the tartness of the fruit would balance the sweetness of the cake.

And so I did. And it was awesome. Here you go, a little new year’s recipe, developed just last night. Try it while the plums are still in season.

The Making of a Plum-Perfect Honey Cake