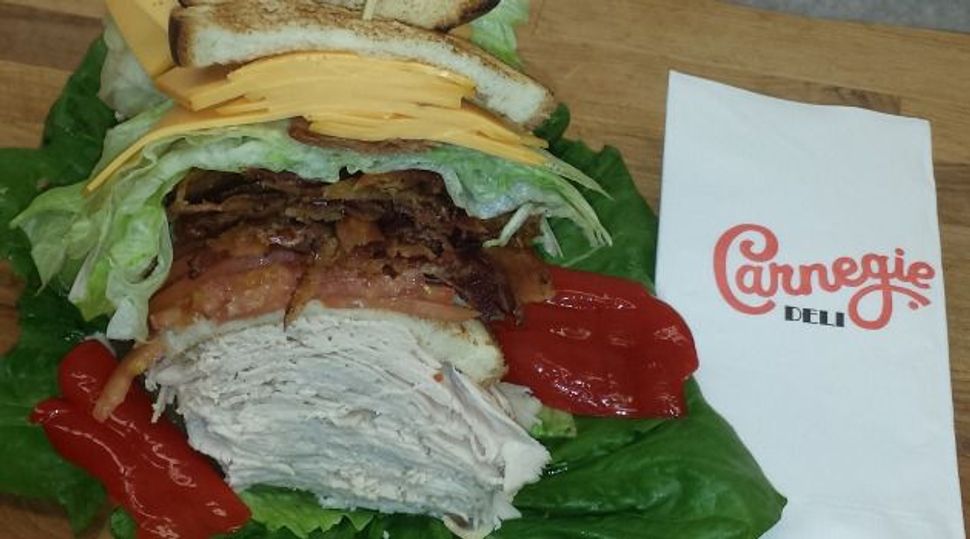 The Carnegie Deli in Manhattan has introduced a sandwich to honor Yankees shortstop Derek Jeter. It is called the “Derek Jeter Triple Club Sandwich,” and it is priced at $27.99.

The towering sandwich contains a heap of turkey, American cheese, tomato, lettuce and bacon – making it certifiably not kosher.

Harper also said that the Jeter sandwich will likely be offered only for a limited time, unless it sells well. Its main competition is the best-selling Woody Allen sandwich, which consists of corned beef and pastrami.

Jeter, who played his last game Monday night at Fenway Park in Boston, is considered a shoo-in for the Hall of Fame.