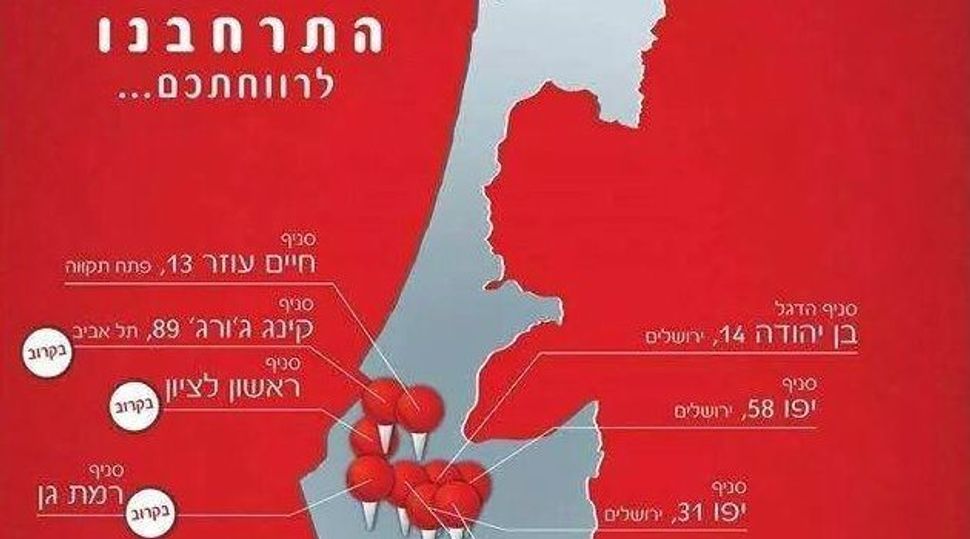 Cofizz created the wrong kind of buzz when it used this map of Israel in a promotion. Facebook

The Israeli coffee chain Cofizz may have the “best coffee” and “best price” — at least according to its slogan. But its advertising studio just brewed something far less popular.

The company recently posted a map of Israel on Facebook to celebrate the opening of its tenth location. The image, however, uses the internationally agreed upon map of Israel, without including the West Bank, Gaza and the Golan Heights. That apparently left a bad taste in the mouths of some Israelis, who claim some or all of those occupied lands as part of the Jewish state.

A threatened customer boycott of the chain led Cofizz representatives to apologize, claiming an “unfortunate oversight.”

The map has since been removed and replaced with one that depicts Israel as encompassing the West Bank and Golan Heights. It also included the debatable statement: “We do not hold political views.” Hopefully, customers will see the next pot half-full.

Hadas Margulies is the new food intern at the Forward. Find her at HadasMargulies.com