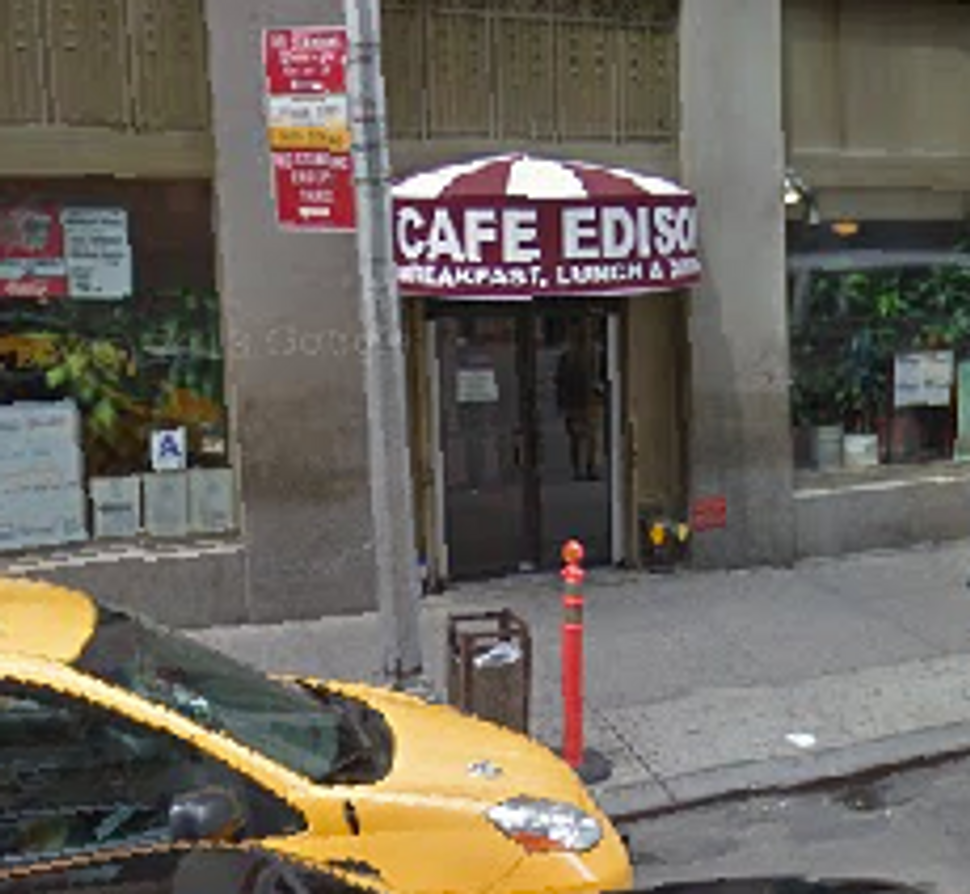 (JTA) — Another old-school New York Jewish institution is about to fall victim to gentrification.

The New York Times reports that Cafe Edison, a modest Theater District coffee shop long favored by Broadway’s cognoscenti, has been asked to leave by the owner of the hotel in which it is located.

While not kosher, Cafe Edison serves deli sandwiches and traditional Ashkenazi Jewish fare, like blintzes and matzah ball soup, and was founded by Polish-born Holocaust survivors, Harry and Frances Edelstein.

Known, in a nod to its founders and its no-nonsense manner as the Polish Tea Room — in contradistinction to the swanky Russian Tea Room — it was also the inspiration for the setting in Neil Simon’s play, “45 Seconds From Broadway.”

Mimi Sheraton, a former Times restaurant critic who has published books about bialies and chicken soup, among other topics, features Cafe Edison in her forthcoming “1,000 Places to Eat Before You Die.”