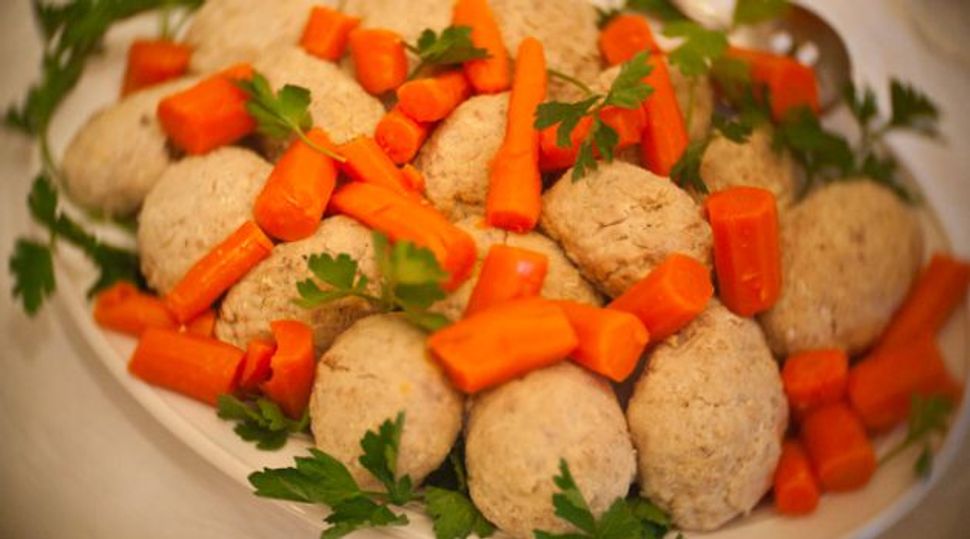 When I first gravitated toward writing about food and immigration to the United States as an ostensibly serious academic, colleagues asked me — and, frankly, I asked myself — the obvious question. Why food? Food perhaps lacked the gravitas and significance of subjects like political, labor or immigration history. Academics might grudgingly admit that food is fun, or, at worst, accuse me of having gone over to the realm of the “popularizers.”

Food does indeed provide one of life’s greatest pleasures. And yet, for much of human history food also has been associated with difficulty, controversy, confusion, and conflict. Most people, for most of life on Earth, have fretted over where, or if, they would get their next meal. But the matter of food, and particularly food’s relationship to immigration, has long merited more ambitious historical treatment. Food has always functioned simultaneously as a barrier that sets one group of people apart from others and as a bridge linking people with little else in common.

But truth be told, the subject grabbed me because of the problematic and opposite ways it spoke to my personal memories. Those recollections of my childhood as an American-born daughter of immigrant parents who came to Milwaukee in the 1940s involved, on the one hand, remembrances of great food eaten at home: potato latkes at Hanukkah smothered in sour cream and apple sauce; chicken soup every Friday night with lakes of fat floating on the surface and around which swam homemade noodles, known as lokshn; gefilte fish; and cheese blintzes at the spring holiday of Shavuot, followed by a dessert of cheesecake. My mother, a frightened newcomer to America, not only prepared all these Eastern European Jewish specialties, inspired by American abundance, but also made her own cookies, jams, pickles, rolls, noodles, soups, and some of the family’s bread.

I remember sharply the chasm between the foods I loved — prepared by my mother, a Holocaust survivor who defined her cooking as her only real contribution to a complicated and not very happy home — and the American world of consumption. Visits to friends’ homes, families more thoroughly American than ours, meant encounters with store-bought cookies, Lorna Doones and Mallomars. In the homes of non-Jewish pals I saw boxes of Oreos, forbidden because Nabisco baked them with lard, rendering them unkosher. (Only in 1997 did Oreos remove the offending substance.) I discovered in other kids’ kitchens jars of peanut butter, laid out on their tables next to loaves of white bread in plastic wrappers, and jelly in jars, usually grape. Why, I wondered, did we not eat any of those foods and so many more like them? Some, like those Oreos, I understood not to be kosher. But it’s not as if peanut butter, canned tuna fish, Welch’s jelly, Hellmann’s mayonnaise, Kraft cheese, or Campbell’s soup violated Jewish law.

Even Thanksgiving represented something of a cultural minefield. Besides the fact that pie and cranberries could have been food from some other planet, as far as my mother was concerned, she questioned the rationality of having an enormous meal with a turkey — a slightly problematic and new food—on a Thursday. After all, we were already going to sit down as a family the next night for our typical Friday dinner of fish, chicken, soup, chopped liver, kugel (a noodle dish), and baked apples — a meal whose preparations always started the day before. While my parents loved America, viewing it as a haven for Jews, they found the Thanksgiving dinner an absurd way to express that gratitude. My father proposed having the holiday meal on Friday night as a compromise, but my sister and I dug in our American heels. Thanksgiving had to be on Thursday.

Many of my friends came from immigrant homes as well. A significant number of my classmates were the children of Jewish Holocaust survivors and had been born in displaced persons camps, coming to Milwaukee via the Hebrew Immigrant Aid Society. But their parents — possibly younger, more flexible, more urbane than mine — seemed to have caught on that part of being American involved, even if they kept kosher, learning to know and love America by its foods and iconic brands.

Over time, my parents relented on some of the commercial brands made of ingredients that did not violate Jewish law, and which seemed to me so utterly American. Each little victory, whether over peanut butter or Triscuits, put me on the path toward being what I considered a normal American youngster. But father and mother always sneered at these foods, referring to them as goyish, not Jewish, and not tasty at all.

Junior high is an anxious time for many teens, and so it was for me on the food front. Seventh grade meant for the first time eating lunch at school, in the hall of horrors known as the lunchroom, packing a paper sack with whatever came out of your home kitchen, unless you were lucky enough to buy your lunch, which was never an option for me. What came out of our kitchen included home-baked hallah bread, irregularly cut, unlike the uniform slices of white bread between which my co-diners in the Steuben Junior High School cafeteria stuffed their fillings. On those days when my mother packed me a sandwich of leftover chicken, she lubricated the hallah or the rye bread with a layer of schmaltz, rendered chicken fat. The gooey yellow substance (which I now crave) would leak out of the wax paper wrapped around the sandwich to stain the brown paper bag, announcing to the world that I had brought some weird, totally alien food, which betrayed my lack of sought-after normalcy. (On more than one occasion I threw out the lunch bag because the schmaltz stain proved too much to bear.). My lunch bag also contained no store-bought cookies, but instead mandlebroit (almond cookies) or a hunk of sponge cake.

Suffice it to say that my culinary traumas became even deeper and more fraught when we girls had to take home economics, two wretched semesters of cooking. Here we learned the words, tropes, and themes of the American kitchen. Cinnamon toast, Welsh rarebit, macaroni and cheese stick in my mind as encounters with new and exotic dishes. I even learned about pizza. We were instructed to tell our mothers that when they prepared their evening meals, they should make sure that each family member ate off a plate that contained foods of various colors, though I was never exactly clear which ones, and I was not about to go home and critique the colors of mom’s cooking.

My class of Jewish girls experienced a moment of truth when our cooking teacher announced that the next week we would be cooking bacon and eggs. Some, not all, of the Jewish girls eyeballed one another. What would we do? The rules of the class mandated that you had to cook it, and you had to eat it. One girl with incredible moxie raised her hand and told the teacher that some of the girls could not eat this dish. The teacher asked why not, and the seventh grader explained, however stumblingly, the matter of kashrut, or the Jewish dietary laws. The student helpfully went on to point out that the local supermarkets carried a product, I believe made by Hebrew National or Best’s, called “kosher bacon” — no oxymoron there! — that were basically strips of kosher beef that could be fried, and resembled bacon. The teacher went into her wallet, took out some money, handed it to the brave defender of our people, and asked her to buy a few packs. Those of us who would not eat the real thing, the porky product, could sit together and keep up the faith.

These personal memories informed how I came to think, in my professional life, about immigration, religious and ethnic difference, and the ability of the dominant American culture both to accommodate difference and foster conformity. These recollections of meals eaten, thrown out, and negotiated convinced me that food is never just food. Food is about more than fun, nutrition, or even survival — it is the landscape upon which people meet each other in new places, and learn how to remain who they had been, while becoming someone new at the same time.

Hasia Diner is a professor of Hebrew and Judaic Studies and History and Director of the Goldstein-Goren Center for American Jewish History at New York University. This article was first published on What It Means to Be an American.