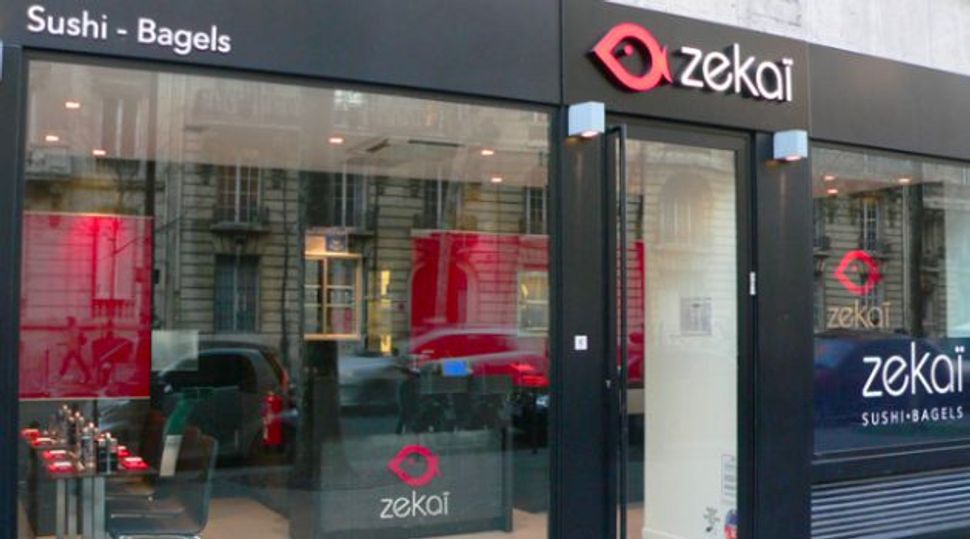 Hours after the attempted arson of a Paris kosher restaurant, a group of French teenagers assaulted a Jewish adolescent outside a school.

Unidentified vandals tried to burn down the Zekaï sushi restaurant in the 17th arrondissement located 4 miles west of the school, according to a report of the incident by the National Bureau for Vigilance against Anti-Semitism, or BNVCA.

The vandals hurled stones at the restaurant’s armored glass door late at night but failed to punch a hole through it, the news website of the Tribune Juive newspaper reported. They also tried to set off a firebomb before fleeing, according to BNVCA, a nongovernmental watchdog.

BNVCA said the restaurant — an upscale eatery situated in a chic neighborhood near the Arc de Triomphe — has been targeted in the past by passers-by who shouted “dirty Jews” into the restaurant before fleeing. The restaurant displays a kosher certificate on its front door.

Hours later, a Jewish student, who was wearing a yarmulke, was standing in front of a school with some friends when a group of approximately 15 youths assaulted him, according to BNVCA. The group of teenagers beat the victim, who was not named, with their fists and elbows before fleeing the scene. He received medical attention and was given two days sick leave to recover from the assault, BNVCA reported.

The assault happened November 6 in the 3rd arrondissement, or district, 500 yards north of Bastille, in front of the private high school Progress, which has a large number of Jewish students.

The incidents were apparently unrelated. Both were reported to the police, BNVCA said.