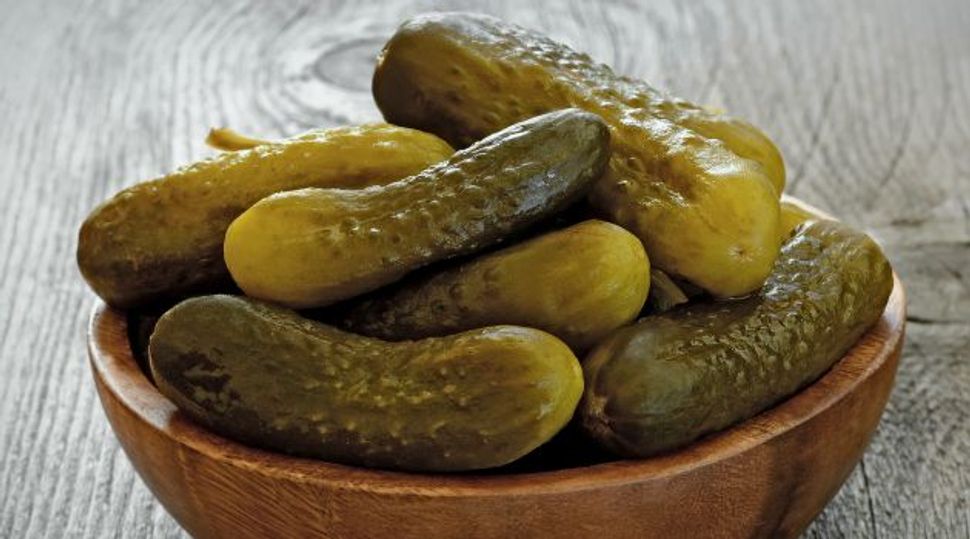 In honor of National Pickle Day, we’ve been marinating some fun facts about our favorite fermented food. Photo: Thinkstock.

1) Cucumbers are mentioned twice in the Bible (Numbers 11:5 and Isaiah 1:8) and history sets their first usage over 3,000 years ago in western Asia, Egypt and Greece. (Source: NY Food Museum)

2) Americans consume more than 2.5 billion pounds of pickles each year; the North American pickle industry is valued at about $1.5 billion annually, according to Pickle Packers, a trade group. (Source: Pickle Packers)

5) Pickle juice brine, known as “pickle juice,” is sometimes used by athletes to treat dehydration, though it has yet to be proven as a true remedy. (Source: PBS)

6) Kosher pickles were pickles that were approved by the Jewish Orthodox Congregations of America, but the word kosher is now often used to describe any garlic flavored pickle. (Source: Encyclopedia.com)

7) “Non-Jew” pickles are usually made with vinegar and sometimes sugar and pickling spices. Jewish pickles are fermented in brine, which is different than pickling per se, canning or “putting up.” (Source: The Muddy Kitchen)