The Foods of Georgia, on My Mind 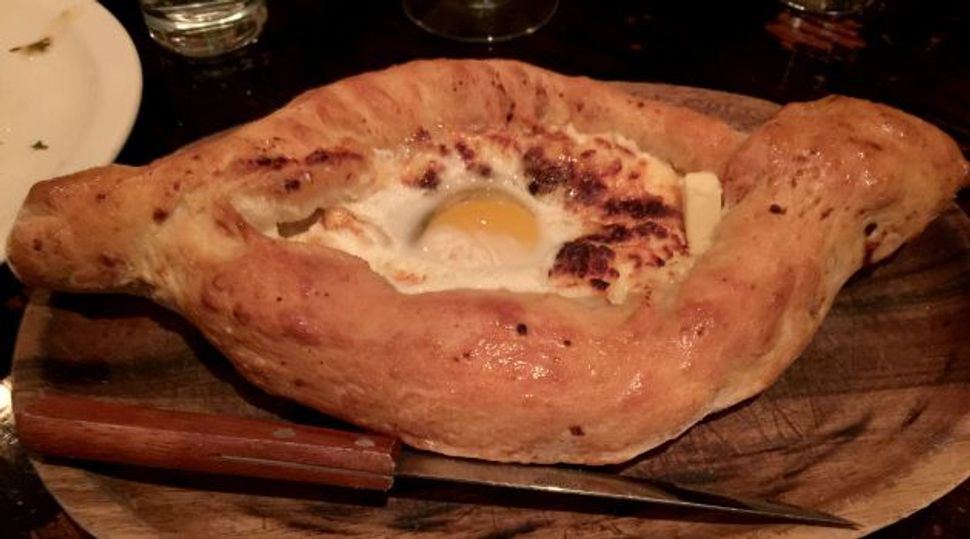 One of the delicious cheese breads of Georgia. Photographs by Liza Schoenfein

“Gaumarjos!” Maia Efrem said, clinking a glass of red wine with those of the seven friends she’d gathered at Oda House, a Georgian restaurant on New York’s Lower East Side. “That literally means ‘to victory’ in Georgian, and it’s how we say ‘cheers’.”

With that we kicked off our Georgian supra, or “big feast.” “It’s always served family style,” said Efrem, one of my colleagues at the Forward, who moved to Israel from Georgia when she was seven, then to Queens, New York, at 10.

The wine we toasted with, a dry red from the Kakhetia region, was made from a grape called saperavi. Efrem told us that all the wines of Georgia are aged not in oak or steel barrels but in clay.

To start, we ordered a trio of three appetizers called pkhali, each featuring ground walnuts, one with green beans, another with spinach, and a third wrapped in thin sheets of eggplant and topped with pomegranate seeds. All were redolent of coriander and fenugreek, two of the most commonly used spices in Georgian cuisine.

Next came khachapuri, which means cheese bread. The one Efrem ordered was from the Adjaruli region, which makes a particularly luscious version, where the molten cheese that fills a hollowed out cavity is topped with a partially cooked egg and a pat of butter, all of which is then stirred together at the table. Pictured above, it was the hit of the night. 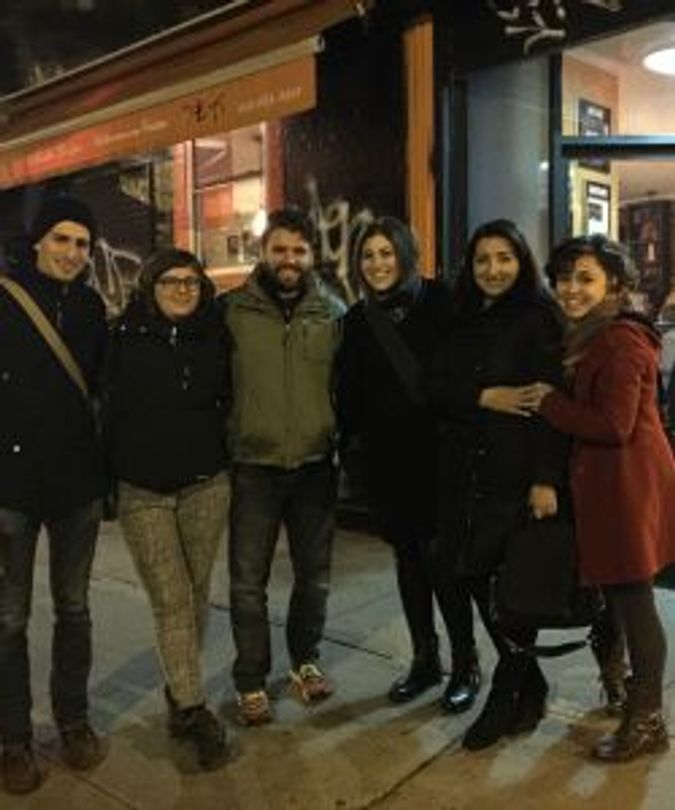 The gang outside Oda House.

We also had the Georgian take on shish kebab, called msvadi, which came with roasted potatoes and a variety of pickles, and lobio, pinto beans cooked in a small clay pot with onions and herbs and served with fried corn bread.

Dessert was a napoleoni, a flaky, cream-filled, layered confection made with phyllo instead of pastry dough, and a honey-walnut cake called ideali, iced with cooked condensed milk. The desserts were delicious, satisfying and less sweet than many other meal enders.

The evening was awesome. Not only was I introduced to a cuisine I’d never had before, but I got to know some of my new colleagues at the Forward. I already had the sense that it was a great group, but I was struck by the incredible diversity at the table: all of us were now New Yorkers, at least in some sense, and most of us were Jewish, but we hailed from places all over the planet, including Morocco, England, Poland, and of course Georgia.

The Foods of Georgia, on My Mind