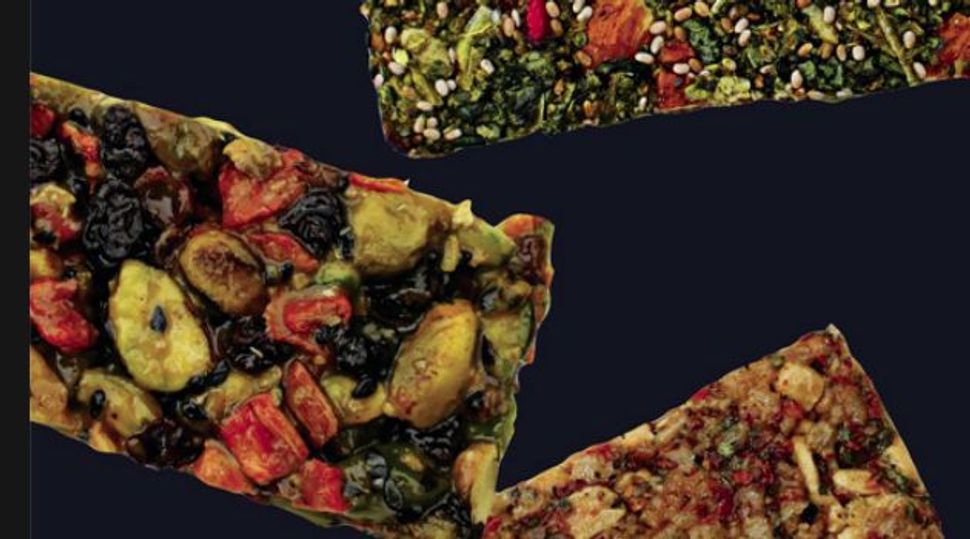 Made from vegetables, legumes, nuts and seeds, these kosher energy bars are savory, not sweet. Photograph courtesy of Slow Food for Fast Lives.

Danny Grossman would find himself getting hungry while coaching his sons’ Little League games. He’d be on the field, craving a healthy snack he could pull from his back pocket to nosh without taking a break. But he didn’t like the cloying sweetness of energy bars or how they made him feel.

So, entrepreneur that he is, he founded a company. Slow Food for Fast Lives makes four varieties of savory nutrition bars using ingredients like kale, quinoa, lentils, cauliflower, nuts and seeds.

Grossman’s business partners are Mel and Patricia Ziegler, the founders of Banana Republic. They met Grossman in the mid-1980s in Leningrad when he was a diplomat serving in the Soviet Union and they were scouting for Soviet military chic for their store.

A fast friendship developed, continuing on subsequent trips and even after Grossman got kicked out of the country, accused of being a spy.

Sensing that his life in the Foreign Service was over, Grossman enrolled in business school. It was around that time that Mel Ziegler told him about Social Venture Network, a group of people who were accomplishing social change through their businesses. The idea stuck with Grossman as he went on to found Wild Planet, a social mission–driven San Francisco toy company known for its spy gear.

Over the years, the three friends talked about starting a business together, but the time was never right. Then in 2012, they came up with an idea for a healthy bar for people on the go.

The company name “acknowledges our fast lives but also that we can slow down to appreciate our food and where it comes from,” said Grossman, 57, a member of Congregation Emanu-El in San Francisco. The San Francisco native is also a past president of the Jewish Community Relations Council and Brandeis Hillel Day School and still serves on the board of the San Francisco-based Jewish Community Federation.

Market research showed that nutrition bars had grown into an $8 billion business, Grossman said, but most of the products essentially were “glorified candy bars, with some being better than others, but most are not very healthy.”

The three business partners settled on creating a product that would be savory rather than sweet and include at least one full daily serving of fruits or vegetables. Each bar has roughly 180 calories, 10 grams of fat, 20 grams of carbohydrates and 3 grams of protein.

Given that Americans are eating more global flavors these days, they turned to their travels for inspiration. A talented home cook, Patricia Ziegler began by roasting vegetables, combining them with nuts and spices, and then turning over her recipes to a chef who could help make them into shelf-stable bars.

The bars come in four flavors and are kosher, gluten-free and vegan (except for the California, with honey, which some vegans eschew). The Indian version has cauliflower and cumin, cashews and coconut, while the Thai has peanuts, rice, bell peppers and chilies. The Moroccan has pistachios and carrots, currants and lentils. 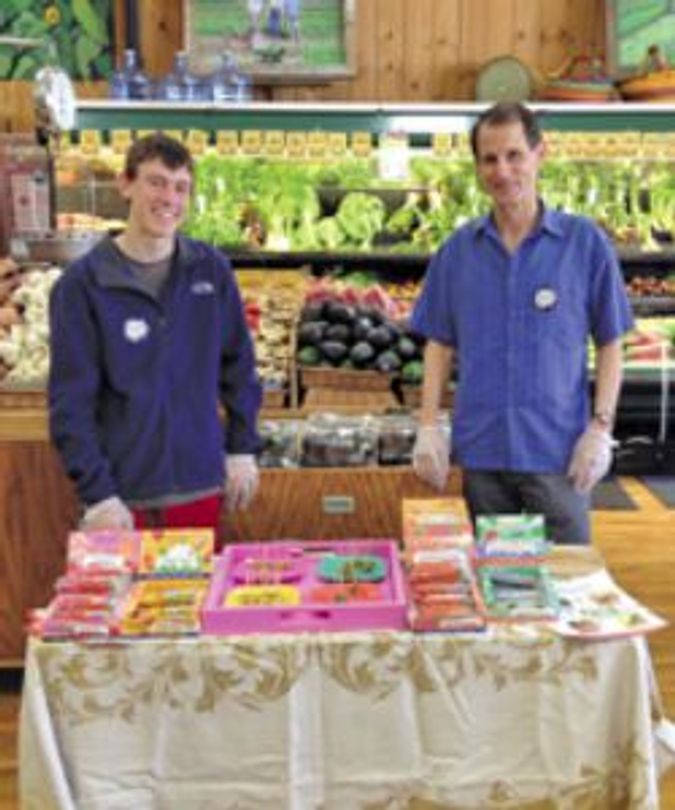 While it took a moment to get over the fact that the bars aren’t sweet — some reviews have compared them to space food or something out of Willy Wonka, Grossman said — the spicy Thai won our taste test. We also enjoyed the Indian and Moroccan flavors. While I would eat the California, it seemed to be almost a caricature, with all the hippie ingredients you can think of — kale, quinoa, chia seeds, almond butter and more — in one place: Berkeley in a bar. I love those ingredients, but probably not as much in bar form. More flavors are under development.

The partners still are set on giving back — not only financially, but also by making their healthy product more widely available.

“There are people at lower economic levels who lead fast lives and have to hold down two jobs, so we’re trying to bring solutions to those folks in other ways,” said Grossman. The company has already helped fund a nutrition education program through the San Francisco–Marin Food Bank and donated to needy families in Oregon, where the bars are packaged. “Beyond that,” he said, “we are still figuring out how to best bring life to our mission.”