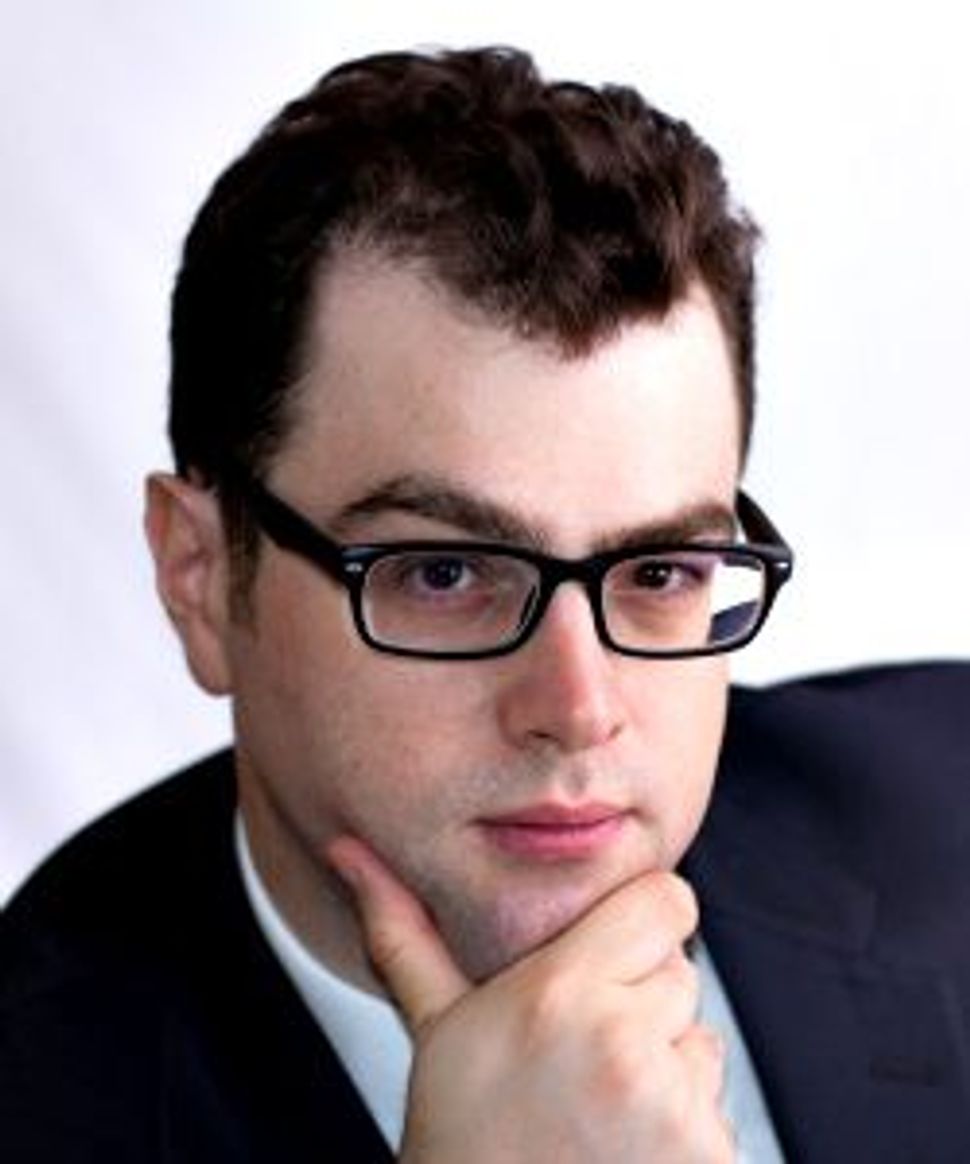 Once upon a time, a Jewish home was managed by a domestic goddess who could clean, sew and cook a meal for an army at a moment’s notice. And this balabusta, or mistress of the house, would do it all without breaking a sweat in her immaculately starched apron.

But in today’s frantically paced world of fast food and career couples, has the balabusta become as obsolete as the meat grinder or pop-up toaster?

Some argue that the skills of a well-organized homemaker are a more essential commodity than ever, for men as well as for women. A growing number of balabusta proponents — bloggers with monikers like Balabusta Mom, Bible Belt Balabusta, and Modern Balabusta — extol the virtues of gourmet cooking, home organization, and hands-on parenting. Their hype only piles pressure on those of us who haven’t quite acquired “balabusta-dom.”

Jamie Geller, author of 2007’s “Quick & Kosher: Recipes from the Bride who Knew Nothing,” said she believes that the demise of the balabusta began nearly two decades ago as the cost of Jewish living continued to rise and women, who had entered the workplace in large numbers, began sharing the financial burden with their spouses.

Today, the revived enthusiasm for food among the broader population, whether it be organic, vegan or raw, is accompanied by a renewed interest in “balabusta-dom,” Geller noted. A working mother herself, Geller asserts that between the need to be the successful career woman, mother, wife and hostess, the pressure placed on women to deliver on so many fronts can be overwhelming.

She readily admits she was not born with the balabusta gene. “There are people born with the gift, and for the rest of us there are a billion cookbooks, websites, how-to videos, and live classes that teach us how to be the kind of balabusta my grandmother would be proud of.”

Enter Paula Jacobs of Passaic, New Jersey, a mother of five and a self proclaimed balabusta, who asserts that modern men and women need training in the art of maintaining an organized home, being the perfect host, and preparing for Shabbat and Yom Tov. The 45-year-old with immaculately organized shelves and closets (yes, I checked all of them) has taken it upon herself to coach the uninitiated through her Balabusta Bootcamp. 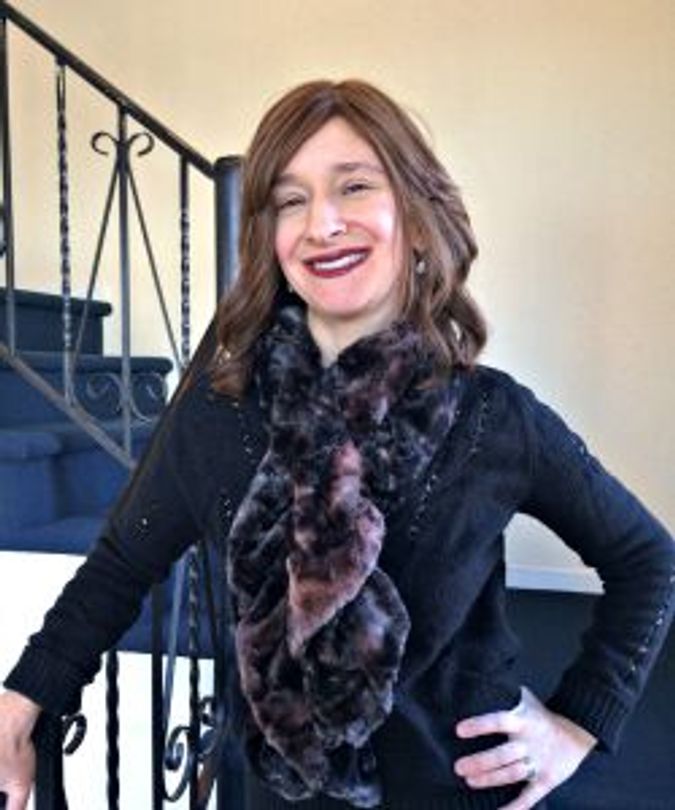 Gaining a balabusta edge will prepare you for whatever life throws at you, Jacobs said, flipping back her stylish shoulder length sheitel. “And it will leave you with more time to do what you want to do.”

On a recent day, Jacobs stood tall in her high-heeled black boots and recited her all-important lessons for a group of eager women who had assembled on the overstuffed sofas in her living room. Some jotted down notes.

Among her gems: Delegate whatever you can to others; get rid of what you don’t need; and avoid cooking dishes with more than five ingredients.

She also came down hard on procrastinators, emphasizing that her favorite acronym is “DIN,” which stands for “Do It Now.” This means: no dirty dishes in the sink, beds undone or mail unsorted. “If you have time for a yoga class, you probably have time to wash a spoon that you use to stir your coffee, because it takes a few seconds more than the time it takes to throw it in the sink,” she said.

One student, Shoshana Stubin, said she had put this tip into practice and it freed up her time. “Instead of leaving dishes to soak or putting something in a temporary spot, I now try to put items back where they belong the first time.” She’s also become more disciplined about getting rid of clutter that only takes up space in her home, another of Jacobs’ golden rules.

Men who have achieved balabusta-dom are also sharing their expertise with the world. Josh Lipowsky of Teaneck, New Jersey, proudly considers himself a balebus, the male equivalent of a balabusta. 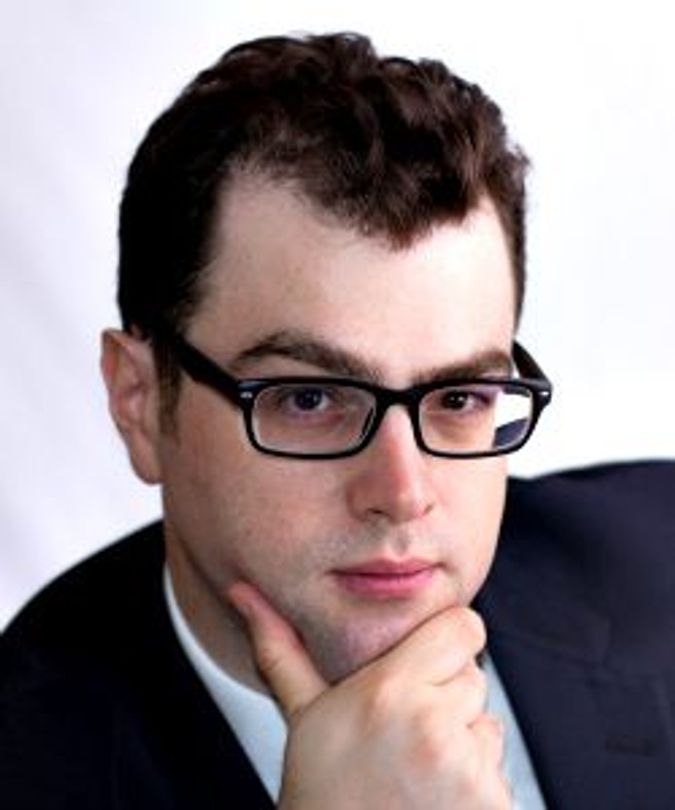 His blog, the Kosher Bachelor, offers recipes for such dishes as lamb kabobs, zucchini soup and kosher “crab” cakes. Lipowsky, 32, said he believes that acquiring balabusta-hood is much like learning a new sport: It requires coaching and practice.

Lipowsky developed his own cooking muscle from cooking shows, the Internet and family tradition. He first discovered the joy of transforming disparate ingredients into delectable dishes, he said, while a student at Penn State, where he regularly served Shabbat dinner to 60 guests. Since then, his repertoire of recipes has grown.

A married couple that ate at his table several years ago admitted after partaking of Lipowsky’s impressive four-course gourmet meal that they hadn’t known what to expect from a bachelor — and had eaten before they came. “They ended up regretting that,” said Lipowsky.

That experience sparked the idea for the Kosher Bachelor, a blog that would dispel the myth that bachelors subsist on canned beans and can’t cook, Lipowsky said. He launched the blog three years ago and it quickly generated a following and buzz. His goal is to publish a “Kosher Bachelor” cookbook while he’s still a bachelor. Judging from his popularity among the throngs of hungry women in the Tri-State area, he better hurry.

Joanna Brichetto, author of the Bible Belt Balabusta blog, observed that for many people, “the balabusta bar is too high because it is a fantasy.” She said she feels bombarded at times by images of domestic perfection such as “immaculate, light-soaked living rooms with preposterously white upholstery; color-coded mud room cubbies; magazine-cover meals; cherubic children; thematic tablescapes.”

Yet nobody wants to do a bad job of running a home, whether they live alone or in a family, said Brichetto, whose website demonstrates how to make Jewish art projects such as LEGO graggers, swim noodle menorahs, and Manischewitz tiki torches.

Though Brichetto herself is no slouch as a hard-working mom who regularly creates ambitious Jewish crafts with her children, she admitted that her house is a wreck — “but a Jewish wreck; it’s heimishe,” she said.

Brichetto cites Blu Greenberg, author of 1983’s “How to Run a Traditional Jewish Household,” as the ultimate balabusta role model to which everyone should aspire. “She sets a high bar, but it’s more about the meat: tradition, function, ritual, shalom bayit — not the pretty trimmings,” she said, adding, “I’m guessing her upholstery isn’t white.”