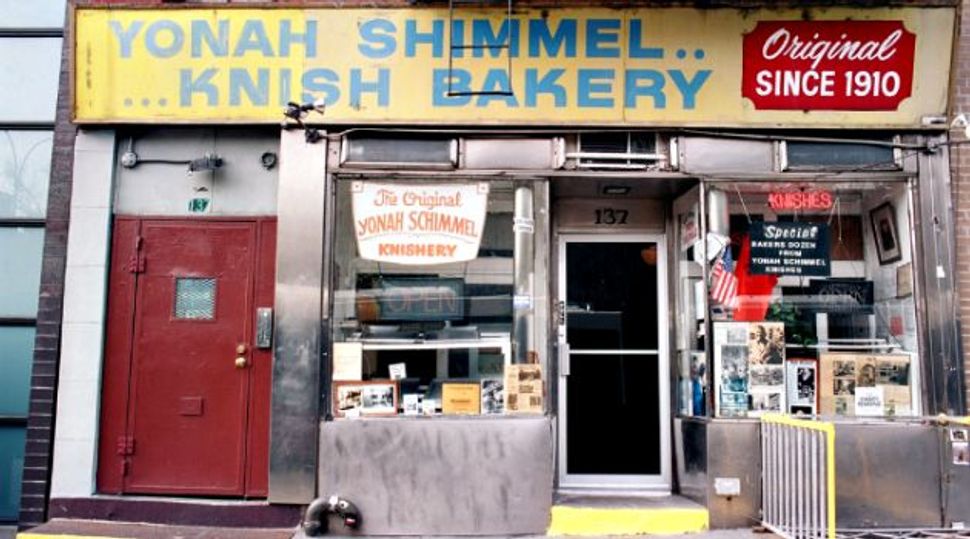 I don’t deal in rumors, but I also can’t ignore the deafening chatter.

Bowery Boogie, a terrific blog about New York’s Lower East Side, has reported that 115-year-old East Houston eatery, Yonah Schimmel Knish Bakery, may be about to lose its lease.

“Apparently word on the street is that the landlord is trying to force ‘em out with an all-too-familiar rent hike,” Marguerite Preston reported on the blog.

Calls to the knishery by the Forward were not answered (perhaps due to the impending blizzard, which has New Yorkers fleeing home from work more or less en masse).

As more information becomes available, I’ll be sure to offer updates. Meanwhile, what we do know is that if this landmark kosher establishment were to close, it would be another great blow to the ever changing landscape of the Lower East Side.