Boston’s ‘Beyond Bubbie’s Kitchen’ This Weekend 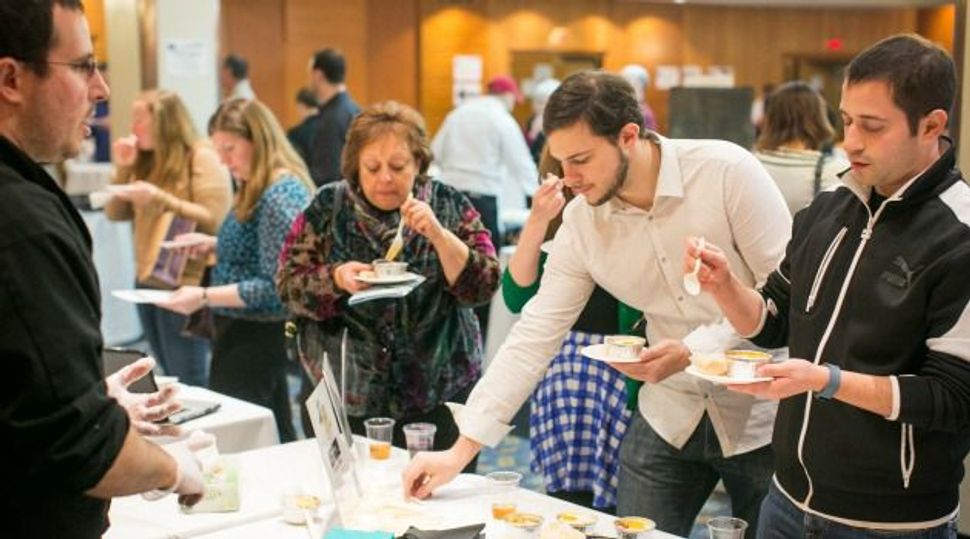 Tasters at Beyond Bubbie’s Kitchen 2014. Photograph by Zev Fisher.

As in past years, many of the city’s best chefs will come out to put their own modern twists on traditional Jewish dishes. According to Sara Bookin-Weiner, manager of outreach at Boston’s New Center for Arts and Culture, a major goal of the event is to “encourage the best chefs in Boston to use their imagination in a Jewish way.” 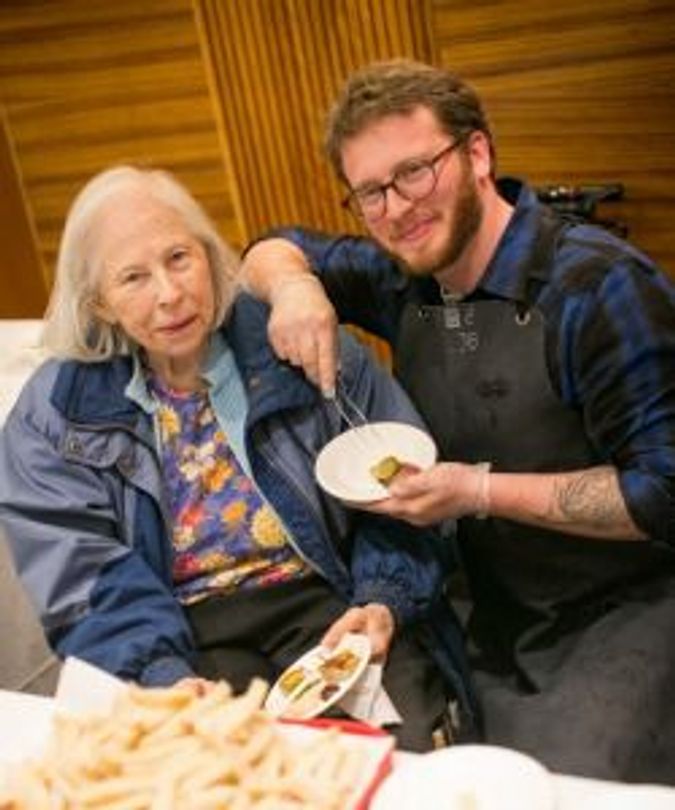 Chef Josh Lewin of Bread and Salt Hospitality with his own bubbie, at BBK 2014. Image by Zev Fisher

This year’s list of 20 chefs is the longest yet. “We’ve never had more than 15 different chefs in the past,” Bookin-Weiner told the Forward. “This year we have new people, from hot restaurants like Catalyst, State Park and The Dining Car.”

Another addition to the celebration this year is an oral-history project called “Kitchen Conversations.” Local station WBUR’s Karen Given and Andrea Shea will host a booth where those attending the event can share their own stories and memories about food.

Beyond Bubbie’s Kitchen celebrates Jewish culinary traditions, but Bookin-Weiner emphasizes that people of all ages and backgrounds will enjoy themselves. “You don’t have to be Jewish to attend — you just have to have functioning taste buds.”

Jean Hanks is food intern at the Forward. Contact her at [email protected]

Boston’s ‘Beyond Bubbie’s Kitchen’ This Weekend