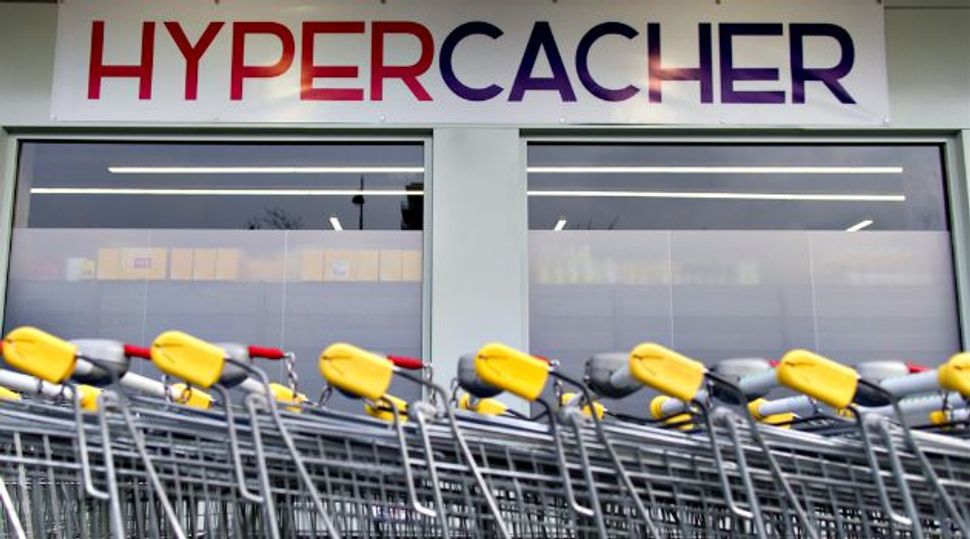 Shopping carts in front of the Hyper Cacher on March 15 at the reopening. Photograph by Kenzo Tribouillard/Getty Images.

Almost two months after the attack that killed four hostages in the Hyper Cacher kosher supermarket in Paris on January 9, the store reopened its doors on Sunday. The market has a completely new staff and is fully refurbished, but the memories of the attack and the victims remain strong. Laurent Mimoun, Hyper Cacher’s new manager, told local media that it is the thought of the victims that “has been the driver behind reopening the shop.”

In attendance on Sunday was Interior Minister Bernard Cazeneuve, who said that the opening was important as a way of showing the resilience of the French people, and of French Jews in particular.

“The food store reopens bravely to show that life is stronger than everything,” Cazeneuve said. The Hyper Cacher group shared this sentiment in a statement released by the local media and added, “We are more determined than ever to allow our clients to eat kosher.”

Jean Hanks is the food intern at the Forward.