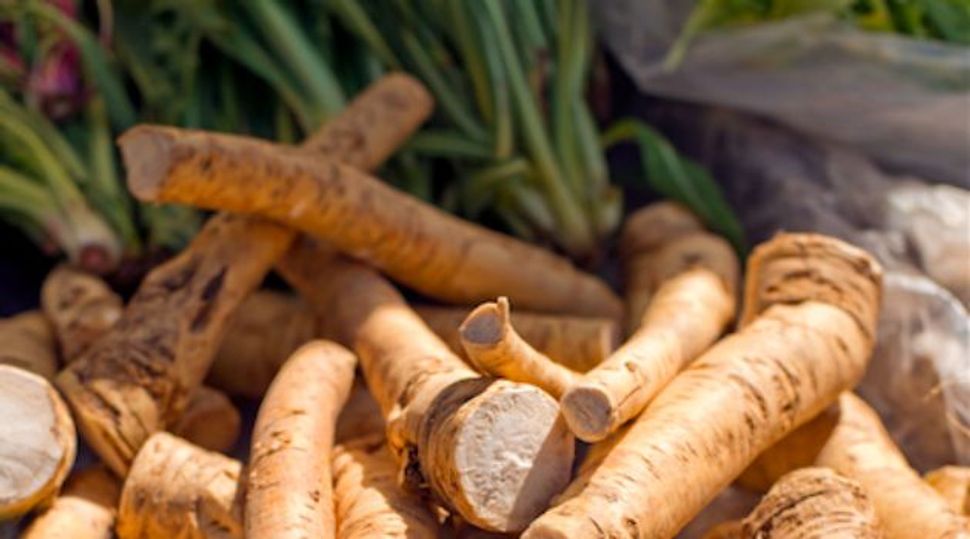 Only a Jewish plant lover with a penchant for the unusual could get naches from maror, the bitter herbs of Passover. These are the plants never named in the Bible except as merorim (singular, maror), which the Haggadah tells us to eat as a bitter reminder of the embittered lives of our enslaved ancestors in Egypt.

My knowledge of the subject, until I returned to the fold a number of years ago, was confined to childhood memories of horseradish on the Seder plate. But when I returned to Judaism on a back country farm in the wilds of Cape Breton Island in Nova Scotia in the early 1980s, it was with a passion for knowing about everything Jewish, a classic “awakening.” Then I encountered the horseradish problem. My problem with horseradish as a symbol of maror was:

1) Horseradish does not grow naturally in the Middle East.

2) Horseradish is pungent, not bitter (great with gefilte fish).

3) Horseradish is a root, not a bitter-leaved plant or a group of them, as suggested by the biblical phrase “merorim” in Exodus 12:8: “And they shall eat the flesh in that night, roasted over the fire, with unleavened bread and with bitter herbs (merorim).”

It also seemed improbable to me that in preparation for the Israelite’s hurried feast “with loins girded, sandals on your feet and staff in your hand” ready to flee captivity, they would have had the leisure to dig up a root that is notoriously difficult to dislodge. Sorry, it’s the practical gardener in me. Horseradish simply did not fill its assigned role, tradition notwithstanding.

But if not horseradish, then what? My search was on.

As a budding herb enthusiast my first stop was Mrs. Grieve’s “A Modern Herbal,” a 1930s collection of what everyone in the past said about a particular herb and the way it was used, a compendium of herbal gossip. She cites coriander, nettle and tansy, as well as horseradish, horehound and lettuce, as the very herbs “the Jews were made to eat during the Feast of Passover.” Hmm. Not very convincing.

Next I looked into Harold and Alma Moldenke’s respected “Plants of the Bible,” also a compilation of past opinions, but more discerning, taking note of more recent research and often offering their own thoughts. They dismissed mint as a bitter herb (a favorite with writers on the subject) as well as horseradish (not native), and agreed with the idea that the original bitter herbs were from plants like lettuce, endive, the young leaves of chicory, dandelion and sorrel, all weeds common to Egypt and western Asia.

These held out some promise but I did not see any guiding principle at work. Not to be picky, sorrel is sour-tasting, not bitter.

Of all the plants I’d read about as possible candidates for maror (did I mention rue and nasturtium?), I was most drawn to dandelion because I was intimately familiar with the age-old country tradition of harvesting its leaves in the spring to eat after a bland winter diet. Could this be a part of Jewish tradition?

Not entirely satisfied, I then did what I should have done in the beginning: I tapped out a letter on my old Remington Rand portable to the Department of Botany, the Hebrew University, Jerusalem, Israel. I hiked down the half-mile rutted lane to our rural route mailbox, hiked back, and waited.

Two weeks later the answer came from a junior member of the department (probably assigned to answer the meshugeneh woman from Canada).

His answer was brief and to the point:

“These are the five weeds mentioned in the Mishnah (the earliest part of the Talmud) to eat as maror on Passover: hazeret, olshin, tamcha, harhavina, maror…bitter herbs because the Egyptians made the lives of our ancestors bitter in Egypt” (Pesachim 2,6). 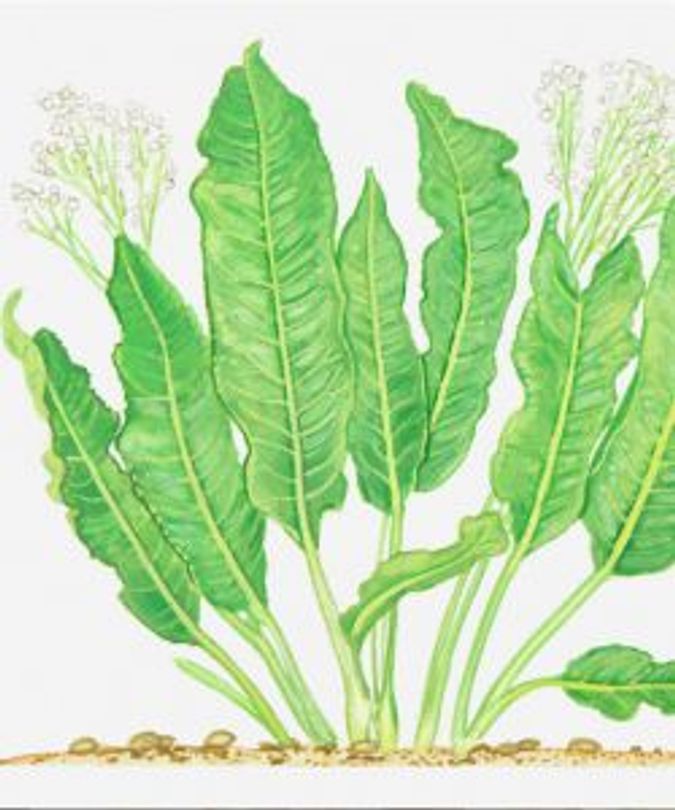 It took Ephraim and Hannah Hareuveni, intrepid botanists who made aliya what was then called Palestine in the early 1900s, to solve this and other Jewish botanical puzzles as part of their effort to re-connect the flora of the Holy Land to Jewish texts and traditions. Through their late brilliant son Nogah’s work, “Nature in Our Biblical Heritage,” I saw the guiding principle of true maror at work. The probable candidates are a handful of specific weeds that fulfill the growth conditions for their symbolic role as laid down in the Gemara (commentary on the Mishnah) in a typically compressed, perfect sentence:

“See this bitter herb whose beginning is sweet, whose end is bitter, thus were the Egyptians” (Pesachim 39,1).

These are the plants: compass lettuce (Lactuca serriola), chicory (Cichorium endiva), pig thistle (Sonchus oleraceus), snakeroot (Eryngium creticum), and a thistle belonging to the genus Centaurea, after which the ritual of maror is named because it is the first to turn bitter.

Are authentic maror plants just common Middle Eastern weeds? Yes, but we’re talking about Jewish weeds, plants with a higher purpose, plants that teach Torah in the field as conceived by the genius of our ancient sages (they were not always confined to the study house as I had been led to believe). It is only in Israel at the season of Passover, moreover, that these plants embody the Exodus saga in their changed appearance and taste, so even if you grow chicory in your garden, or see it growing wild in a New York City lot, it won’t be at the right stage of development to tell the Passover story.

This is how it works: With the winter rains, foliage emerges low to the ground and can be picked to eat for salad in the same way as I eat dandelion greens in the spring, but unlike dandelions, the rabbi’s weeds develop a central hard stem up, which ascend very small leaves, bitter-beyond-bitter, inedible even when cooked. This is precisely when you are meant to eat them as a telling reminder of our national story. As the rabbis taught millennia ago, first the Egyptians welcomed us; then they enslaved us, just as the plants themselves change from sweet to bitter.

None of the plants I had discovered in my earlier search ever had any meaningful role for Passover. Except for lettuce, more exactly Romaine lettuce, the bitter herb of choice according to Sephardic tradition. For Sephardim (and Jews of Middle Eastern origin), this lettuce was always available at Passover and has always been used for maror.

Should those of us whose families carry on an Ashkenazi tradition from the colder regions of Europe now discard horseradish? With all the fervor of the true believer, I used to think so, but I’ve mellowed. There is room for two representatives of maror on the Seder plate, both lettuce and horseradish, in recognition of our history, our heritage.

Why not? Horseradish, after all, was the people’s choice, borne of necessity… a portable, indestructible root that accompanied Jews throughout all the vicissitudes of their history in Europe and when cut or grated it brings tears to the eyes. It is authentic enough.

Jo Ann Gardner lives in the Adirondacks where she and her husband maintain a small farm. Her latest book is “Seeds of Transcendence: Understanding the Hebrew Bible Through Plants”. She can be reached via her website www.joanngardnerbooks.com