Mexican Passover For a Cause 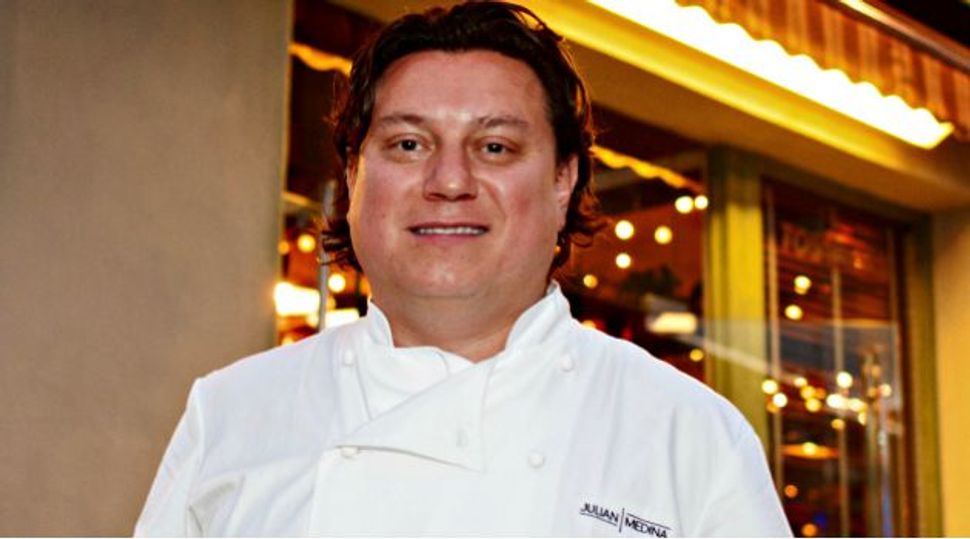 It’s a safe bet that you’ll be ready to dive back into the world of leavened bread on Sunday, but you might consider extending Passover through brunch. Because you’ve never had Passsover food like the stuff being served that morning at Chef Julian Medina’s Toloache Thompson in New York’s West Village.

Medina will be cooking up a post-Passover Mexican-Jewish meal to raise money for Living With Dignity, an Art Foundation initiative that provides mobility tools to elders. This weekend’s brunch is the follow-up to the organization’s first benefit at the Museum of Jewish Heritage in 2013.

The story behind Living With Dignity is personal to its founder, Varda Yoran, and her daughter, Dafna. Yoran’s, husband, Sholom Yoran, was a holocaust survivor and author of “The Defiant: A True Story of Jewish Vengeance and Survival,” chronicling the way he escaped Nazi persecution in Poland. When Sholom, who died last year, became increasingly frail, his mobility was severely limited. A special mobility device offered relieve and greatly improved the quality of his life, Varda Yoran told the Forward.

The Yoran family was inspired to starty Living With Dignity to help other elderly people by donating chairs to not-for-profit nursing homes across the country. The organization has donated 340 chairs to date.

Sunday’s brunch will feature an exciting spread of Mexican-Jewish dishes by Mexico City-born Medina, who converted to Judaism after marrying his wife. Brunch goers will sample tacos de brisket with matzo tortilla and matzo brei tres leches, among other dishes, while sipping cocktails and being serenaded by Mexican-influenced klezmer music played by Ismail Butera.

Yoran emphasized that Sunday “isn’t just an event where people come to eat,” however. For the Yorans, it’s about the foundation and its commitment to improving the lives of elders.

General admission tickets to Sunday’s event are $150, and children under 13 get in free.

Mexican Passover For a Cause