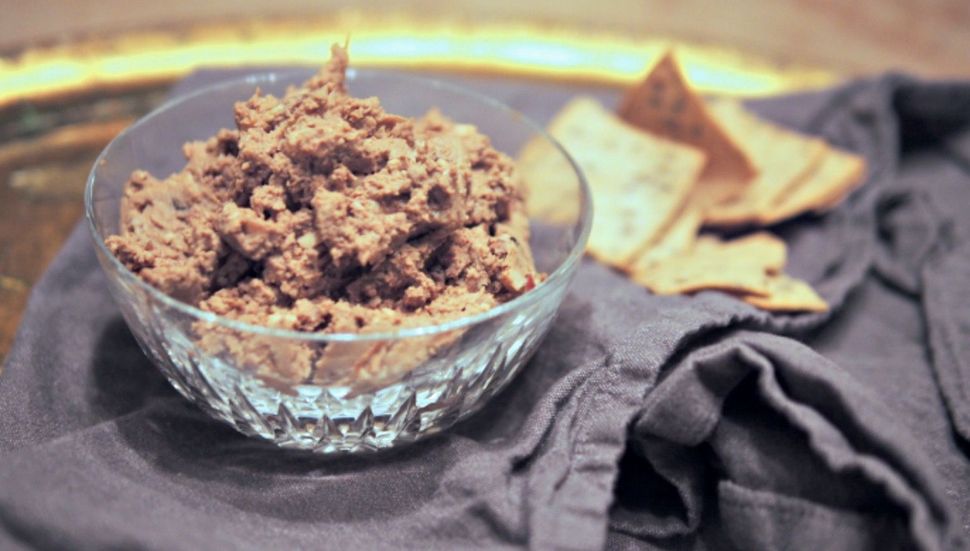 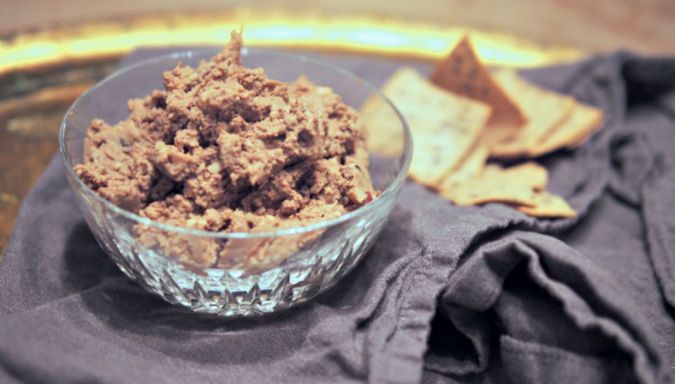 This is an elegy for chopped liver, a common appetizer with a distinguished pedigree. Its origins have been traced to 11th-century Alsace-Lorraine, where it was foie gras, made from the livers and fat of force-fed geese, plus a dash of Armagnac or Madeira, to add moisture as well as flavor, and salt. In France to this day, foie gras is officially a part of the “protected cultural and gastronomical heritage” of the nation.

But no one protects chopped liver. Its historical essence has been lost. It was an Ashkenazi adaptation of foie gras, created in part to meet the requirements of kashrut. Because some rabbonim questioned the force-feeding of geese on ethical and halachic grounds, and because chickens were already a basic component of the Jewish diet, the livers used by Alsatian Jews came to be those of chickens. Instead of goose schmaltz, chicken fat was used to add moisture.

Chopped liver (foie haché) was a simple dish when created by Alsatian Jews in the Middle Ages. But it has since been subjected to dire modifications, slicked down, gussied up, and redefined for reasons of snobbery, ideology (“vegetarian chopped liver”) or the inevitable pressures of modernity. Instead of being chopped, the chicken livers are nowadays frequently “processed,” or, in plain English, pulverized. The chopping knife and wooden bowl are replaced by KitchenAid.

Unlike foie gras, chopped liver doesn’t get much respect. In my childhood, it was a tenured part of our Shabbos meal. I knew nothing of its history, or its significance for the Jewish people.

I was curious about the socio-cultural evolution of this appetizer. But learning about its origins, its role in myth and legend, wasn’t easy. The subject is not taken seriously. It’s condescended to by class-bound experts, who look down their noses at it; nutritionists who reject it (“liver is the body’s trash bin”); and foodies interested in novelty rather than the cultural importance of this historic dish.

I came across no scholarly work devoted to the “dimensionality” or “vulnerability” or “recessiveness” of gehakte leber (Yiddish for chopped liver). At most, the subject is consigned to folklorists, or an anecdote in a “Jewish-American” cookbook, while foie gras is honored in the pages of magazines of high fashion and luxury living. My investigations, without grant money, included Torah and Talmudic searches, where there is no snobbery but there are no recipes either.

An elegiac tone befits the subject. The liver, according to ancient Jewish commentators, is the seat of life, and for Talmudists, also the soul. On Shabbat especially, the Jews of Alsace wanted liver on the menu for symbolic as well as gastronomic reasons — it exemplified vitality, in a time of fervent faith, belief and awe. Because of the plenitude of blood, liver cannot be kashered in the usual way, by salting and soaking. Jewish law forbids the consumption of the blood of fowl or meat or even a spot in an egg yolk. My grandmother, a vigilant enforcer, would dispatch the tiniest spot she detected in an egg, with the quick swipe of a spoon. It was superstition, but it was also law. For me, watching wide-eyed her merciless attack on a speck of blood, was an eerie, awesome moment in the kitchen.

To get rid of the blood, the liver had to be broiled. My grandmother was inventive as well as frum. The livers were laid out on ripped-up and moistened brown paper bags, in order not to bloody the kosher baking sheets. The result was toasty-tasting, thoroughly browned liver. Then the bloody paper was trashed: “Ech, go away; treyf.”

Chopped liver, the long ago Alsatian version, was a simple-but-subtle concoction, with few ingredients: the livers, chicken fat, a small number of softened onions, a bit of salt. Because it was chopped, its texture was coarse, inviting vigorous chewing. It was a far cry from the smooth, ground-down product that available everywhere today.

It wasn’t long before changing tastes and values led to changes in the classic dish. Italians added their favorite spices to the Ashkenazi recipe, and dribbled olive oil to moisten it. Chopped liver was never the same. Eventually the chopped liver of the Ashkenazim became known in Eastern Europe, where feinschmeckers added gribenes — chicken skins and onions fried in the chicken fat, providing a robust, crunchy quality. By the 19th century, foie haché had undergone more changes. Apple pieces joined the mix. Lithuanian and Romanian Jews created a tart version, adding black radish in place of apple. The integrity of the classic unelaborated Alsatian Jewish recipe was forever compromised.

Some compromises were poignant. Florence Greenberg’s “Jewish Cookery,” first published by Penguin in 1947, included her wartime recipe, which first appeared in her column in the London Jewish Chronicle, for chopped liver for hard times. During World War II, the Ministry of Food enlisted Mrs. Greenberg to advise Jewish housewives how to make the most of their weekly food rations. Thus her wartime version of chopped liver was stretched by the addition of bread crumbs. “Jewish Cookery” was published in 13 editions. (The tattered pages of my well-worn copy are nowadays held together by a rubber band.)

Cry for those who had known and loved plain chopped liver. Modernity is merciless; it knows no limits. American chefs and chopped liver conglomerators have had their way with it. What began as a culinary concept steeped in piety and the laws of kashrut, as a solution to a religious, ethical and legal problem, is deracinated, a dish alienated from its cultural origins, even as many of its contemporary consumers have been cut off from theirs. “Too rich for me,” said a bus rider during an otherwise congenial on-board interview. We were heading to Crown Heights, Brooklyn, a neighborhood once heavily populated by East European fressers of chopped liver, where their offspring can dine on platings of chopped liver with watercress, Lacinato kale and Monukka raisins: “Tonight’s Featured Appetizer” in Cobble Hill.

Pity chopped liver. For elite diners in New York’s hip meat-packing district it finds itself on a bed of organic arugala, with pan fried Shitake mushrooms. For the bourgeoisie in Philadelphia it’s trotted out dotted with diced tomatoes, accompanied by a slivered celery heart and a quartered artichoke. CL by now is a familiar target of late night comedians (“What am I, chopped liver?”) and nostalgia marketers (“Your bubbe’s chopped liver”). On the good side, you can’t yet like it on Facebook.

My study concluded that most of the chopped liver placed before us today, whether at the deli counter, on the refrigerator shelves of Whole Foods or in upscale restaurants, is another emblem of loss in Jewish culture: loss of respect for traditional values and ideas. If you are hungering for chopped liver as it was meant to be, you’re fated to be a mourner for the Jewish past. Unless you want to make it yourself!

Jules Cohn is a longtime preparer of chopped liver. His chopping skills were developed in small town New Jersey, in the post-WWII decades. His tutor was his grandmother; her batterie de cuisine: a worn wooden bowl and a steel chopping blade, attached to a wooden handle.

The author would like to acknowledge with appreciation the work of the late encyclopedist, Gil Marks, and the food writer and memoirist, Mimi Sheraton.