New Mediterranean Mashup and All the Weekly Dish 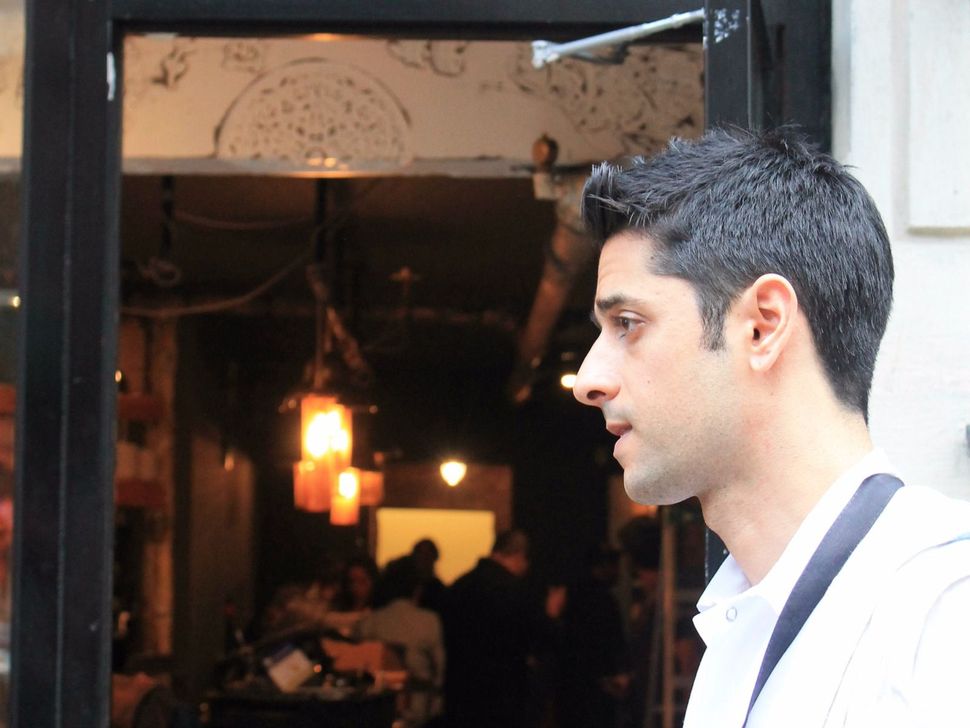 Image by Courtesy of Timna

By Michael Kaminer, New Mediterranean Mashup and All the Weekly DishMay 19, 2015

Nir Mesika, former executive chef of Brooklyn’s beloved Middle Eastern joint has hung out his own shingle in the East Village.

The restaurant takes its name “from dual geographical locations of the same name: Timna Valley in Israel, a place of geological and historical significance, and Yemen’s ancient city of Timna, an important hub in the Incense Route.” 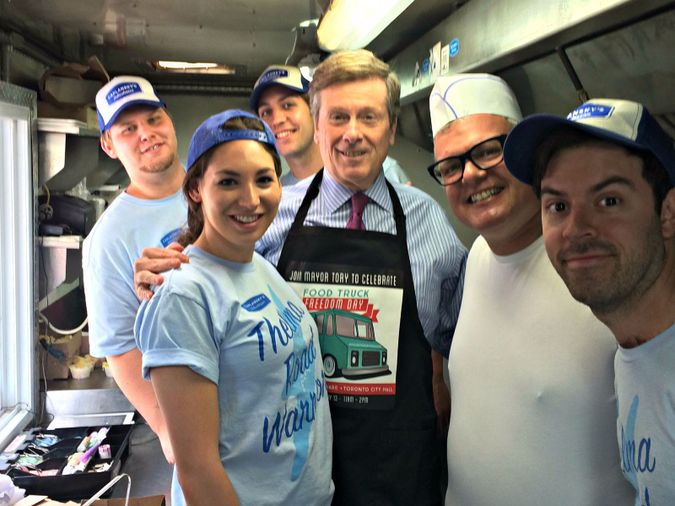 “Mayor John Tory was a model employee,” owner Zane Caplansky tells Dish. “He showed up on time, in uniform, well-groomed and ready for action. He made no mistakes with the cash, was polite to customers and loved by his coworkers — maybe because he shook down some guests for bigger tips.”

The festivities were deemed #FoodTruckFreedom day.

That’s the cheer heard around Portland, Oregon, after local baker Spielman Bagels announced it would open a second location where — until recently — chain bagelry Einstein Bros cranked out “bagels that had more in common with a loofah than a baked good,” according to Portland Monthly.

Possibly encroaching on the turf of local artisan deli Kenny and Zuke’s, the Spielmans plan to smoke their own brisket and pastrami, expanding into a fully-fledged delicatessen, Portland Monthly says.

The fraught relationship between Jews and food is the subject of the latest Comedians In Cars Getting Coffee, Jerry Seinfeld’s hugely popular online series.

Along with guest spots from luminaries like Mel Brooks and Carl Reiner, the hilarious segment covers burning topics like Jews’ need for napkins and chewing with one’s mouth open.

A highlight: Seinfeld interrupts a confession by Sarah Silverman to order creamer: “In the Jewish view of life, my half-and-half and your depression — those things are kind of equal,” he tells her.

New Mediterranean Mashup and All the Weekly Dish