‘Vilna Vegetarian’ and Me 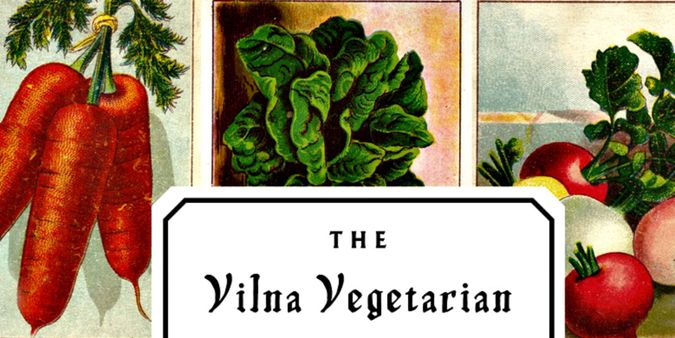 Born in in 1910, my grandmother Rachela Pupko Krinsky Melezin was a Vilner through and through. When I told her, during college, that I was becoming vegetarian — that the days of devouring her kreplach and piroshki were over — she took it as most Jewish grandmothers would.

I wish I could have directed her to the work of her fellow Vilner Fania Lewando.

Had she seen Lewando’s book, originally published in Yiddish in 1938 as “Vegetarish-Dietisher Kokhbukh” (“Vegetarian Dietetic Cookbook”), or better yet eaten at her popular kosher vegetarian restaurant, she would have learned that she could still make me her beloved kreplach by replacing the ground-meat filling with apple, cabbage or potato. I could have also enjoyed her beloved piroshki, filled with cheese, mushrooms or even strawberries.

“The Vilna Vegetarian Cookbook: Garden-Fresh Recipes Rediscovered and Adapted for Today’s Kitchen” (Schocken Books, 2015), is the modern adaptation of that book, translated from the original Yiddish by Eve Jochnowitz, who teaches Yiddish language, culture and literature at the YIVO Institute for Jewish Culture and The Workmen’s Circle (and who co-hosts a Yiddish cooking show with Rukhl Schaechter, sponsored by the Forward, called Eat In Good Health!.) The new book gives a second life to the work of a woman who could be considered the Mollie Katzen of her time — and was killed fleeing the Nazis after they invaded Vilna in 1941.

The book is comprised of over 400 vegetarian Ashkenazi recipes, from cold fruit soups to cholents to numerous kinds of vegetable cutlets and dumplings, with essays about health and nutrition and instructions that seem almost prescient. In an introductory note, “To the Housewife: A Few Words and Practical Advice,” Lewando exhibits what we might consider a modern ethos, advising the use of highest-quality produce and of not wasting food (now called nose-to-tail or, in the vegetarian lexicon, stem-to-root cooking), as when she suggests saving leftover cooking water from vegetables to make soup stock.

The most remarkable thing about the book may be that it exists at all. Only a few original copies remain, one of which was spotted by Barbara Mazur and Wendy K. Waxman eight or nine years ago during a tour of the rare book room at YIVO, where they participated in a book group. (The institute was founded in Vilna in 1925 and relocated to New York in 1940.) On the tour, they learned that Lewando’s vegetarian restaurant was a gathering place for Jewish Vilna before World War II. Lewando kept a guest book, and select entries are included in the book. “The painter Marc Chagall ate there, as did other artists, poets and musicians,” Mazur said. “It was like a salon.”

My grandmother was close friends with Vilna poets Shmerke Kaczerginski and Avraham Sutzkever, and her first husband, Yosef Krinsky, was a wealthy patron of Yiddish arts and culture. So when I first heard about the book, my overriding question was whether they had ever dined there. I imagined them discussing the issues of the day while eating cauliflower and carrot kugel, or a leek frittata, on white tablecloths. I have no one to ask: My grandmother now lives only in blessed memory.

When Mazur and Waxman learned about Lewando, they felt hers was a story that needed to be told.

“She was an extraordinary woman, an entrepreneur and revolutionary thinker,” said Waxman, a Manhattan teacher. “She originated farm-to-table. Years before the ‘Moosewood’ cookbook, there was Fania Lewando.” 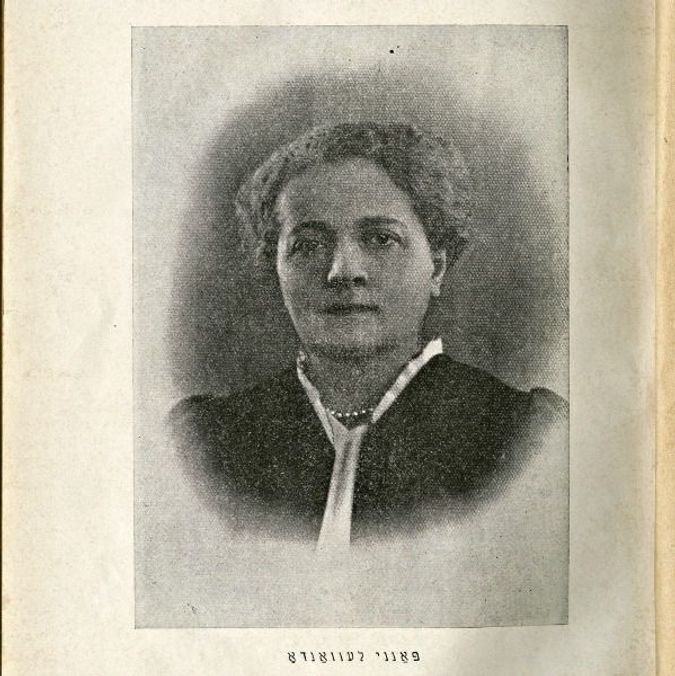 Fania Lewando, the Mollie Katzen of her time. Image by From 'The Vilna Vegetarian Cookbook'

At the time, refraining from meat was associated with scarcity and mourning. “Meat was what you ate when you wanted to nourish your family well,” Mazur explained. “Lewando was a pioneer because she made it her goal to teach women that just the opposite was true; that they would be benefitting their families if they had a vegetarian diet three or four times a week, which was so contrary to the thinking of the times.”

At first, Mazur and Waxman intended to finance a translation, with additional help from friends and family, and then self-publish the book and sell it at the YIVO bookstore. They hoped to use the proceeds to fund the printing of additional copies.

Searching Lewando’s name online, Mazur came across the blog “In Mol Araan,” written by Eve Jochnowitz, whose credentials as a food blogger in Yiddish and English, a culinary historian and a vegetarian made her the perfect person to translate Lewando’s work. They offered her the project.

Jochnowitz said her immediate reaction was, “My heavens, yes.” She had considered herself a fan of Lewando’s from the moment historian Barbara Kirschenblatt-Gimblett showed her a copy of the book in 1994. “I knew I would translate it someday,” Jochnowitz said, “but many pressing things — mainly getting a PhD—delayed that until 20 years later.”

Once Jochnowitz completed a partial translation, Mazur and Waxman hired a designer and put together a pamphlet with sample recipes and colorful illustrations of seed packets from the original book.

The two women took the pamphlet to a lecture that the esteemed Jewish cookbook author and food authority Joan Nathan was giving, and put a copy in her hands. Nathan, who would end up writing the new book’s forward, was as taken by the idea as they were, and offered to call Altie Karper, editorial director of Schocken Books, on their behalf.

The next thing the women knew, they were going for a meeting, and the project was given the green light.

The resulting book is certainly an important document of culinary history, but it is also meant to be cooked from — even if there are recipes that begin with phrases such as “Start with a scalded barrel.”

Mazur’s favorite recipe in the book is a leek appetizer, which I made and found delicious (though it didn’t quite hold together as it should have), while Jochnowitz said she loves the rice dumplings stuffed with mushrooms. “The recipes are labor intensive and time consuming but entirely worth it,” she said. (She said that some recipes won’t work due to errors introduced by the publisher. See sidebar.)

Jochnowitz had the highest praise for a recipe called pickle soup, in which vegetables are cooked in water before pickle brine is added. At the end you make a roux of butter and flour and then add sour cream.

“This recipe just thrills me to my toes,” Jochnowitz said.

Jochnowitz estimates that the translation took her a full two years and around 3,000 hours. “I was really deeply in communion with the author,” she said. “Communicating with her and translating her recipes and cooking them and eating them was a transformative experience. It’s expanded the way I understand Jewish food.”

‘Vilna Vegetarian’ and Me