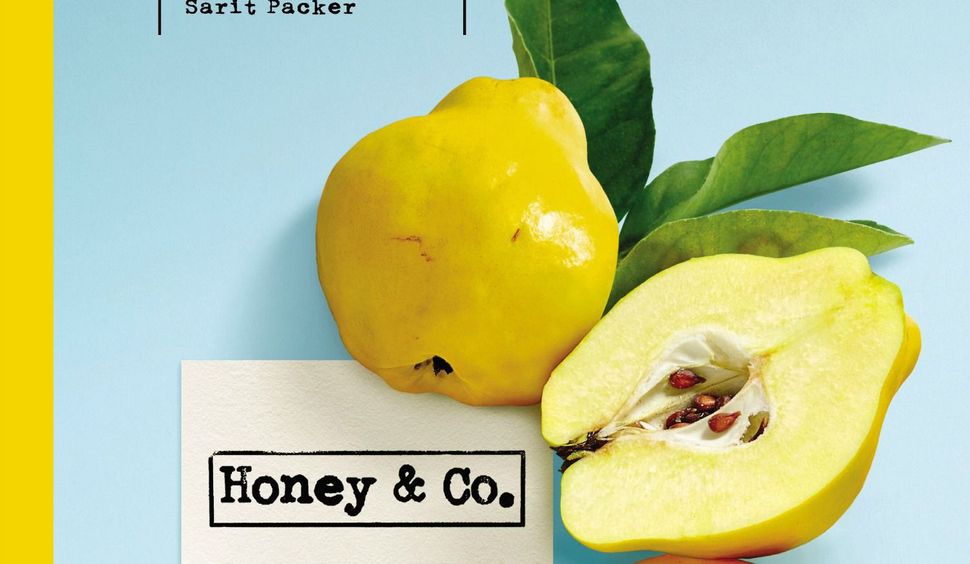 This is an occasional column in which the writer evaluates a cookbook by making some of its recipes, sharing the dishes with friends and asking her guests what they think of the results. She recently cooked her way through “Honey & Co: the Cookbook,” by Itamar Srulovich and Sarit Packer (Little, Brown and Company).

Itamar Srulovich and Sarit Packer are masters of seduction. Their tactics certainly worked on me: I fell hard for this book before I made a single thing in it. That happens sometimes, as it did with Yotam Ottolenghi and Sami Tamimi’s “Jerusalem: a Cookbook.” In both cases, there are so many sexy sounding dishes, and the photos are so mouth-watering, that I had a hell of a time deciding what to try first.

In 2012, Srulovich and Packer opened Honey & Co., a 20-seat restaurant in London that quickly won a Best Newcomer award from the Guardian’s Observer Food Monthly. The corresponding book, with photography by Patricia Niven, not only received a six-figure advance, but won Best New Food Book from the Sunday Times when it came out in the United Kingdom last year. This month, it won the Best First Book award from the U.K.-based Guild of Food Writers.

Packer attended culinary school in Israel, while Srulovich learned on the job. They met in the kitchen of the Italian restaurant Joya, in Tel Aviv, and while the recipes in their book are the main attraction, the story of how these two chefs seduced each other with food is a close second. As Srulovich writes, they introduced each other to their favorite hometown places: “I made her try Jerusalem’s best falafel, which she sneered at but secretly enjoyed… She made me try Haifa’s best falafel, which I sneered at but secretly enjoyed.” (Recipes for both the Jerusalem version — with cinnamon and sesame seeds – and the Haifa version — without — are in the book, as is a Yemenite one, with green chili, which is included because Srulovich is a quarter Yemenite.)

Both chefs spent five years working for Yotam Ottolenghi; Packer was not only head of pastry for a time and executive chef, but she also oversaw the opening of his fine-dining restaurant, NOPI.

Striking out on their own, they wanted to open a different kind of place: “a noisy, crazy, sexy, smoky, messy, food-/love-/people-celebration of a place,” Srulovich writes, concluding his introduction by saying, “We wanted to write this book to capture the essence of who we are — not just the two of us but also our little restaurant and the hive it is, the people we work with, the people we feed and the customers who became friends, and the tasty, easy, homey food that brings us all together.”

This cookbook has a lot of personality. Headnotes for recipes include such anecdotes as the one about Srulovich’s knack for angering the Italian pastry chef by eating too many of her freshly made bouikos (little cheese buns from the Balkans) and another about a staffer who often shows up to work bruised from post-work adventures with her boyfriend. (I read that headnote several times trying to figure out the connection between the bruised worker and the recipe that follows for medias, zucchini filled with lemon rice and currants. The only one I could make was that they learned after nicknaming her boyfriend “the octopus-vampire,” that he turned out to be vegetarian, as is this dish.)

Srulovich and Packer’s personalities show up a lot in their recipe-writing as well, in such phrases as, “Leave to sit for about an hour at room temperature to allow the lamb and marinade to get acquainted.”

This is not a book for beginners, and given the complexity of the recipes, I enlisted a friend this time to help me cook. Anna was the perfect person for the task, as she and I have collaborated on several Ottolenghi dinners.

Anna is a bit of a fritter fiend; when I do a dinner with her, I’ve come to expect that she’ll want one on the menu. We chose zucchini and herb fritters served with garlic yogurt sauce, since the season’s first zucchini came last week in my CSA box.

In addition to grated zucchini, the batter includes grated potato, onion and garlic, with some mint and parsley with eggs and self-rising flour to bind it.

I thought the fritters might end up resembling latkes, but I was wrong. The self-rising flour made the inside much lighter and fluffier, while the outside was incredibly crispy. While three out of four of us loved the textural contrast, Anna’s husband, Chuck, was the outlier. “I like more fry, less fluff,” he said.

Next we served a chicken pastilla, a Moroccan dish that usually has shredded chicken and spices cooked inside phyllo dough. In this recipe, chicken thighs are browned and then braised with caramelized onions, dates, cinnamon, a red chile and the Moroccan spice mix ras al hanut. The chicken is deboned and strained before it becomes the filling for the phyllo pie, and the leftover sauce is heated later and poured on top.

While the instructions for how to fold the phyllo were a bit confusing, and we needed a bit more butter than indicated, and the dish needed at least 15 more minutes in the oven than what was suggested, this dish left all four of us speechless. My husband Paulie is not even a date lover, but this dish converted him. Chuck said it was like the Moroccan version of brie in puff pastry with jam, but exponentially better. Anna loved the warmth of the spice combination. We were all smitten, and couldn’t find a single fault with it. To stick with the seduction theme, single people take note: If I were trying to seduce someone, this dish would be at the top of my list.

Next, we served what the authors call a “spring salad,” in which a combination of zucchini ribbons, fresh peas and broad beans (we used favas, since that’s what we had) and little gem lettuce is tossed with mint, olive oil and lemon juice. Then a few slices of grilled Halloumi cheese are added (they use Manouri but Halloumi was much easier to come by in these parts). Last, a lemon-saffron-honey sauce is dotted over the top.

With its varying shades of green, this dish was visually stunning. When we first tried the lemon sauce, we found it too acidic, but in small amounts, with the creaminess of the cheese, it worked wonders, and I pondered whether it could be added to a cocktail. At first I wanted more lettuce, but I quickly realized that was my American-centric approach to salads. (Israelis use way fewer leaves than we do.) Paulie loved how nuanced the salad was.

Unfortunately, what was supposed to be the pièce de résistance of the meal, a main dish of slow-cooked lamb shoulder with plums and roses (the dish is compared to a lingerie shoot or perfume commercial in the headnote) was completely lackluster — a high-maintenance recipe that was not worth the effort. We wondered whether the recipe was written correctly, as the meat wasn’t seasoned before it was “acquainted” with the marinade, which consisted of onion, cardamom, rose petals, cinnamon, salt and white pepper. The dish suffered from being under-seasoned — we needed to generously salt our plates to enjoy this dish.

Also, in the photo, we were certain we saw onions in the sauce, though the recipe’s only onion was in the marinade. The plums cooked down into a sauce with white wine, garlic and cinnamon, but we felt it needed more oomph. We thought a big dose of caramelized onions would have added depth. Despite the amount of rose petals in the dish, we didn’t taste them at all — adding some rosewater could have helped — and the celeriac pieces were indistinguishable as celeriac; they may as well have been potatoes. Given the amount of sauce, reducing it would have improved its flavor.

We also wondered whether the dish would have come out better if the lamb shoulder was treated more like a brisket and cooked in a Dutch oven rather than a roasting pan. That way, more of the meat would have been submerged in the liquid. Given its description, this recipe did not meet our expectations, though we believe that by incorporating the suggestions we made, it could be greatly improved.

Luckily, dessert restored Srulovich and Packer to their former glory. Because it is cherry season, I decided that I had to make their cherry, pistachio and coconut cake. This recipe sent me in search of mahleb, which is used widely throughout the Middle East. It’s a powder made from inside the kernel of a certain species of cherry, and it gives both an almond and cherry flavor. (The spice is used liberally throughout the book and is easily found at Middle Eastern markets.)

As with the chicken and phyllo appetizer, I would recommend adding at least 10 to 15 minutes in the oven for this cake. Having said that, we all loved it. It was a vision to look at: Cherries and chopped pistachios are cooked on top of a layer of cake batter. It achieved the perfect level of sweetness, and the coconut kept the moisture level just right. Anna said she liked how it was “dense but not too heavy,” while Paulie said it reminded him of an olive oil cake (even though it was made with butter).

I am making this cake again this Shabbat, which is perhaps the best endorsement I can offer. And this time I will try adding a few cherry halves into the batter as well, because in my book, a dish can never have enough cherries.