Shutting a Window on Toronto’s Yiddish Past? 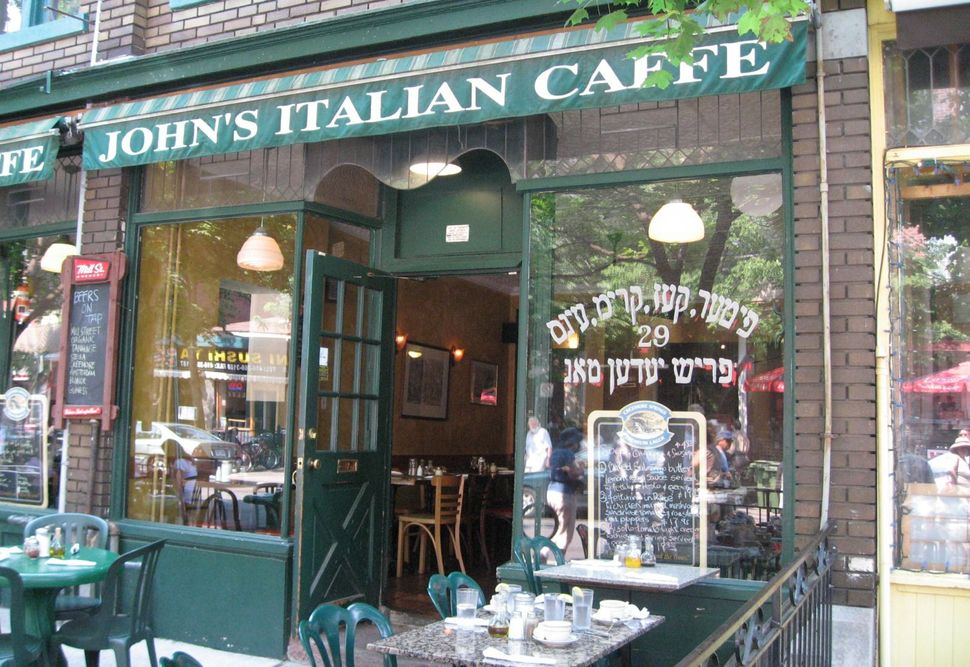 When an Italian eatery took over the old Mandel’s storefront, it kept the painted Yiddish sign in its window — but a new owner threatens to destroy it.

It is, literally, one of the last windows into Toronto’s Yiddish past. It has survived waves of construction, immigration and gentrification. Now, it may disappear.

Led by a Jewish community leader, Torontonians are racing against time to save an iconic storefront window in a hip neighborhood once called “The Jewish Market.”

For nearly a century, the Yiddish words for “butter, cheese, cream, eggs fresh every day” had graced the window of 27 Baldwin Street, longtime home of in Kensington Market. 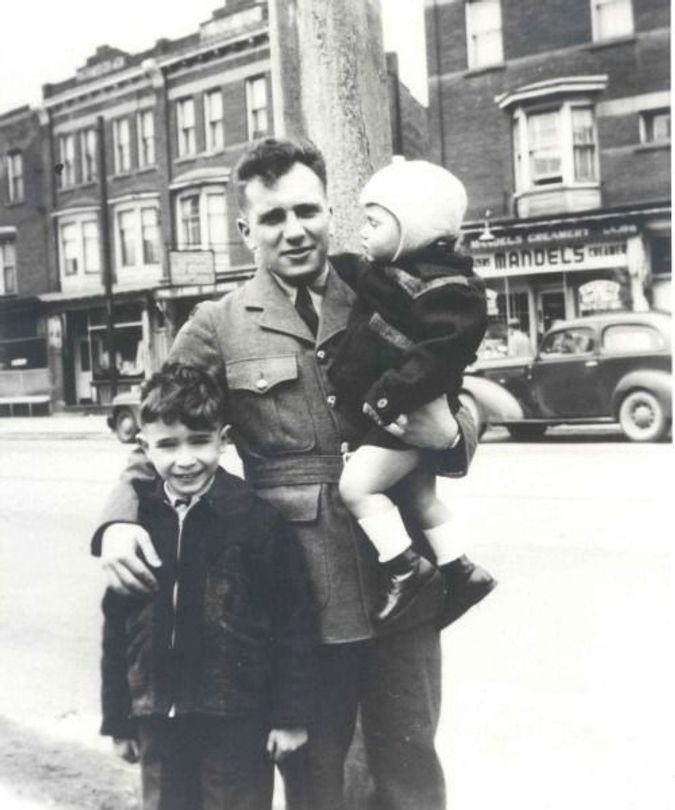 Even after Mandel’s closed in the late 1970s, owners of John’s Italian Caffe, which took over the space, kept the Yiddish writing. The window remained in place when John’s shuttered in 2014.

But last week, workers began gutting the space to make way for a bubble-tea joint called FormoCha. And the Yiddish writing vanished.

At first, locals heard work teams had scraped off the letters. “We were horribly upset,” said Dara Solomon, director of the Ontario Jewish Archives, who had kept watch on the window since John’s was closed and its building sold.

The scraping rumor turned out to be false. In fact, the window had been stickered over during construction. But the fate of one of Toronto’s most important Jewish artifacts remains uncertain.

Solomon and Brent Pearlman, a local realtor active in a nearby synagogue, have reached out to FormoCha’s owners — to no avail. This week, Solomon’s organization launched an emergency campaign to keep the window in place — or remove it if the effort fails. She and Pearlman have even contacted city councillors for support.

“My preference is that the new tenant allow it to stay,” Solomon said. “We’ll only remove it if it’s at risk of getting destroyed. John’s integrated the Yiddish writing into their identity; that mixing of cultures was lovely, and very Toronto. We would hope it could continue.” The Forward’s calls to FormoCha’s midtown Toronto location were not returned.

The window’s value isn’t just sentimental, according to Micallef, who’s also the author of Stroll: Psychogeographic Walking Tours of Toronto (Coach House Books). “In neighborhoods like Little Italy and Greektown, there are still lots of visible signs,” he said. “Kensington doesn’t have much, except for these traces. That’s why the Mandel’s lettering is so important. It’s the last of this stuff left. Those letters are like a subtle wallpaper that always reminded you of who was here before.”

Shirley Lum, who’s led walking tours of Kensington Market for more than two decades, agreed. “I’m tired of seeing this disregard for our past,” said Lum, founder of tour company A Taste of the World. “And it doesn’t take that much to keep it. It doesn’t detract; it adds value. We should be proud of it. Plus, Kensington Market is all about the mixing of cultures now — you can get bagels with kimchi.”

Lum recalled her own visits to Mandel’s in the 1970s. “Before I started my business, I used to bake cheesecakes from scratch, and I’d go to Mandel’s to pick up cream cheese, which they’d wrap in waxy paper,” she remembered.

The threat to the window represents bigger issues around Toronto’s Jewish history, according to Sarah Lazarovic, an artist, writer and creative director who was “a regular” at John’s.

“A lot of the physical remnants are lost,” said Lazarovic. “We could be a lot better about saving this stuff. I just saw [the window] on Twitter, and it’s like, ‘Too late now.’ In Montreal, you see plaques with photos everywhere. The city’s a living museum. We don’t do that. We have nothing.”

If Solomon has her way, that’s going to change. The Ontario Jewish Archives is launching a campaign to install plaques at sites of Jewish significance downtown. And if the Yiddish window ends up leaving its home, Solomon will transform it into a very public symbol of Kensington Market’s history.

“I’d love to create some kind of public monument to Yiddish language with this window as the centerpiece,” she said. Solomon also thinks it’s time to honor Yinglish, the transliterated English that characterized much commercial speech at the turn of the last century. “The community read Yiddish, but spoke English. So Yinglish was everywhere.”

The effort to remove and preserve the window would cost “five to ten thousand dollars,” Solomon said — a relatively small sum for such an iconic symbol.

“When we do our walking tours of the area, this window is the only visible thing left,” she said. “Everything else has to be imagined.”

Shutting a Window on Toronto’s Yiddish Past?