Pizza-Bagel Throwdown and All the Week’s Hottest Dish 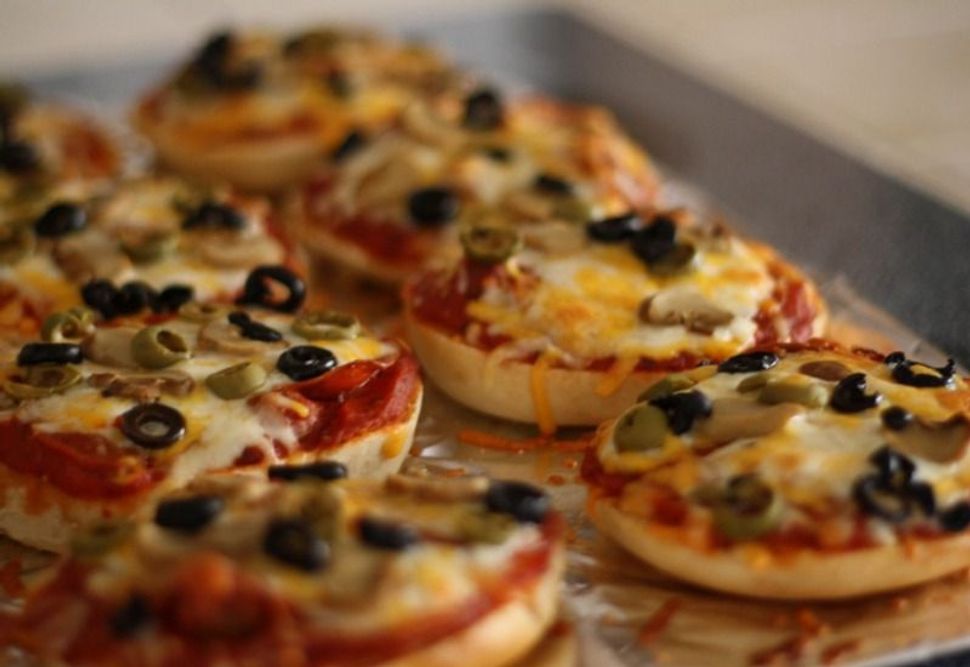 Who invented the pizza bagel? Seems like an innocent question, but it’s sparked a nasty war of words.

In this corner: Boston baker Richard Katz, who claims his father, Harry, invented the cheese-and-sauce-topped treat. Across: L.A. financial guy Bruce Treitman, who swears he created the pizza bagel while goofing around in the back of a local bagel store in the 1970s. Who’s right? Read and judge for yourself… 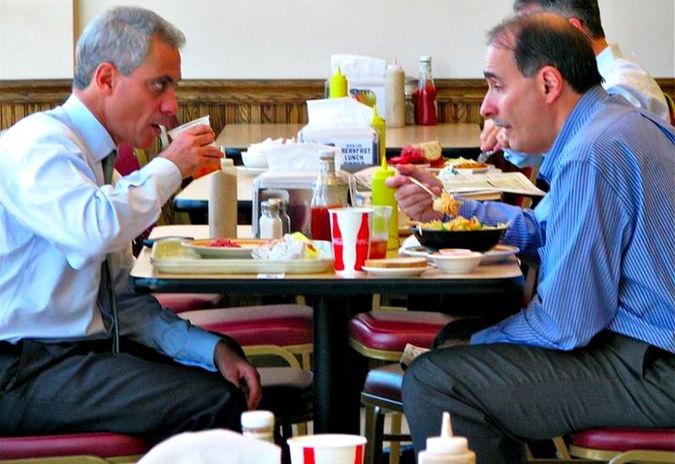 During his campaign for mayor in 2010, Rahm Emanuel (left) strategized with David Axelrod over lunch at Manny’s.

The Sun-Times reports that Manny’s Cafeteria and Delicatessen, long a favorite with Chicago politicians and downtown workers, is getting a million-dollar renovation to be unveiled around Thanksgiving.

A group of Amba fans may band together to buy the restaurant. Stay tuned.

A Call to Action for Humane Treatment in Kosher Industry

Haaretz this week sounds a powerful call to action against animal abuse at kosher slaughterhouses. “The laws of keeping kosher were created to promote health and humane practices. It’s time to get back in touch with those values by revising the rules,” writes Alayon Eliach.

A program that uses locally sourced and prepared food to connect with young Jews, has won an Innovation Grant from the Jewish Federation of Greater St. Louis. St. Louis digital strategist Shira Berkowitz is its creator.

Question of the Week

From syndicated columnist Phil Ball: “I’m a lapsed Quaker, but I love Jewish deli foods — lox, pastrami, chopped chicken livers with chopped onions and schmaltz, etc. But kosher gelatin? Where do they get it? From herds of orthodox, circumcised Hebrew steers raised in a synagogue?”

Pizza-Bagel Throwdown and All the Week’s Hottest Dish