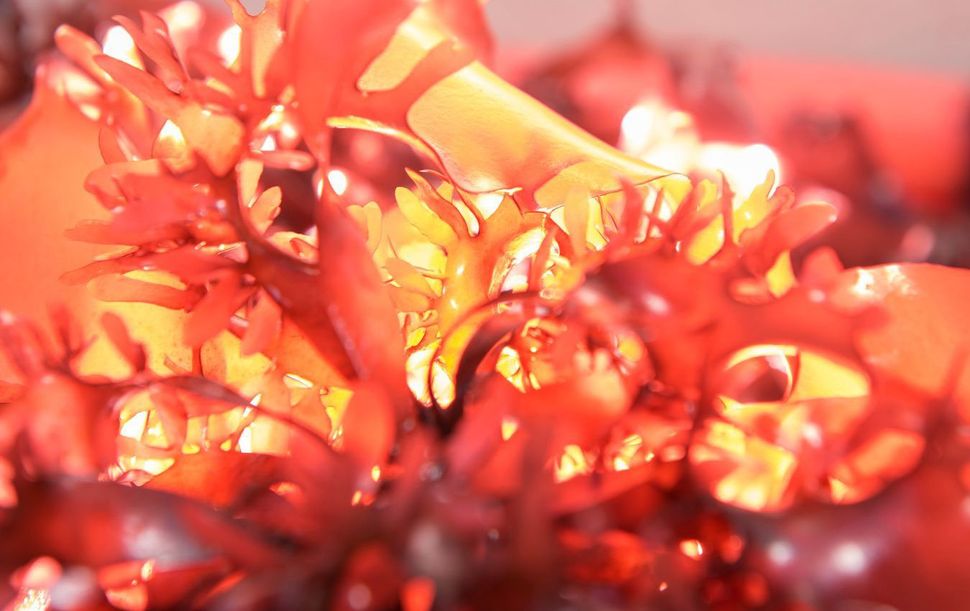 Dulse is a type of seaweed that’s packed with nutrients and, when cooked, tastes like bacon.

When I tell people I don’t eat meat, a lot of them (non Jews, mostly) ask, “But how can you give up bacon?” I must admit, I can appreciate the idea of pairing my morning eggs with something salty, meaty and crunchy, but in the end, even the smell of bacon doesn’t break me.

So I was happy to read recently that researchers at Oregon State University have found a way for me to experience the flavor of that famous breakfast combo without the meat.

According to , the team at OSU has discovered and patented a type of seaweed called “dulse” that, oddly enough, tastes like bacon when cooked. I’m sure pork eaters will be skeptical, and even as a pescatarian I have my doubts, but I’d be willing to give it a try for this reason: Dulse is a so-called “superfood” that’s apparently even healthier than kale. It’s said to contain tons of protein, vitamins, minerals and antioxidants.

A pork-free bacon taste and 16 percent protein? My question is: Where can I get some?