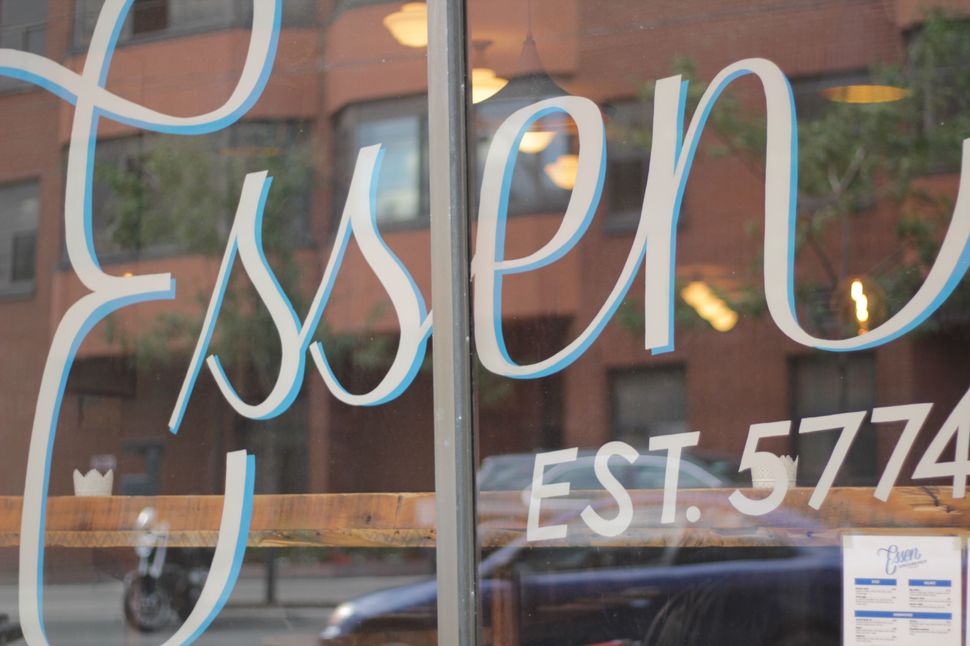 Image by Courtesy of Essen

“For some reason, the newish Jewish restaurant is always empty,” the magazine observed in its three-star writeup. “It’s hard to know why, because [Zimerman] is doing everything right.”

Zimerman’s not disputing the appraisal of his nine-month-old eatery, which features artisanal takes on Ashkenazi and Middle Eastern food filtered through rigorous French techniques he studied in cooking school.

“We should be busier than we are,” Zimerman sighed. “This is my first ownership — I’ve been a chef, and managed restaurants, but I’m running the whole show. I have a lot to learn, and there’s more to it than I expected.”

It’s certainly not the menu that’s keeping diners away. Zimerman’s interpretations of Jewish cooking come across as elegant but approachable, with impeccable meshings of down-home traditions and superb provisions.

Brisket, for example, gets treated like a classical French braise here. “We roast everything very, very carefully, deglazing it with wine, scraping the pan and braising it all for five or six hours,” Zimerman explained. “Then it sits in the fridge before I even take it out of the braising liquid to slice. When someone orders it, I spoon the braising liquid over it as it reduces, so the meat absorbs a lot of juice. Let’s just say there wasn’t that much care put into it when I was growing up.”

Essen’s menu “omits the most unsavory aspects of our poverty-stricken ancestry,” Zimerman said. “I don’t want people to feel intimidated. I want it to feel welcoming, and it needs to be approachable.”

All of which makes it even more painful that Essen’s having a tough time catching on, Zimerman said. “I’m putting my heart on the plate,” he said. “This isn’t from cookbooks.” 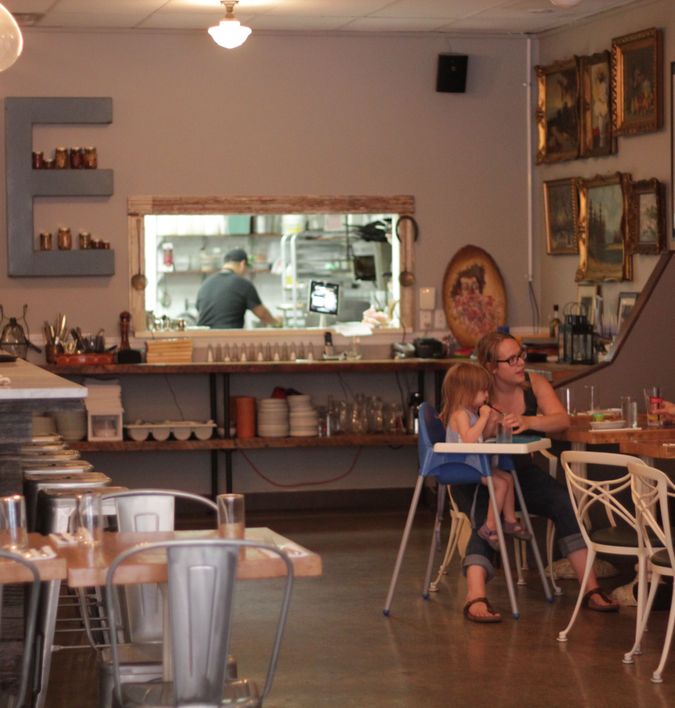 Image by Courtsey of Essen

The son of an Israeli mother and an Austrian father, both of whom reached Canada after World War II, Zimerman grew up in Toronto’s northern Jewish suburbs. “The Old World’s ingrained in me,” he said. “I grew up with my grandparents and my Hungarian great-grandmother, who didn’t even speak English. That European culinary background’s strongest for me — cabbage rolls, goulash, pastries. And my mother’s growing up in Israel was a big factor — she was vegetarian.”

Zimerman knew he wanted to cook from an early age, and “soaked up as much as I could from the four elder women above me” in the family. In high school, Zimerman enrolled in a nighttime culinary-arts class at a local college; after high school, he worked and trained in Italy before traveling the world — “visiting 20 countries in one year “ — and returning to Toronto.

Back home, Zimerman worked his way up through kitchens at Toronto hotspots like Opus, Brassaii and Czehoski before opening a Portuguese restaurant called Quinta, his first solo venture. About two years later, Zimerman decided to transform Quinta into Essen. “My plan had been to do a Jewish place originally,” he said. “I wasn’t sure, so we went the Portuguese route. But a few Jewish spots opened in the interim, and it wasn’t as scary. I figured it was time to go back to my roots.”

Did he find a lot in common between the two menus? “Nothing,” he laughed. “It was a total 180. I went from mostly pork and shellfish to none at all. But the classical technique is the same.”

Zimerman’s family invested in Essen to allow him full ownership. His brothers Erin and Tal — the former an artist, the latter a filmmaker — helped him redesign the room with family heirlooms, tchotchkes, photos and vintage posters.

In the meantime, Zimerman’s only looking forward. His next act might include an Asian concept — “I’m completely enthralled with Asian food,” he said — but not trendy Asian-Jewish fusion. “My heart wants me to push some of that,” he said. “But my gut, and my grandparents, tell me not to.”

1) Sear livers in vegetable oil at a high heat in batches, do not over cook, they will continue to cook while they cool.

2) After they have cooled transfer to a large cutting board with the rest of the ingedients except the salt, pepper and parsley.

3) Chop everything until you get an even rough chop, not too fine and not too course. At this point you can adjust moisture levels with the duck fat and season to taste.

4) Finish with fresh parsley and your choice of vessel (at Essen we serve it with pita chips seasoned with za’atar).