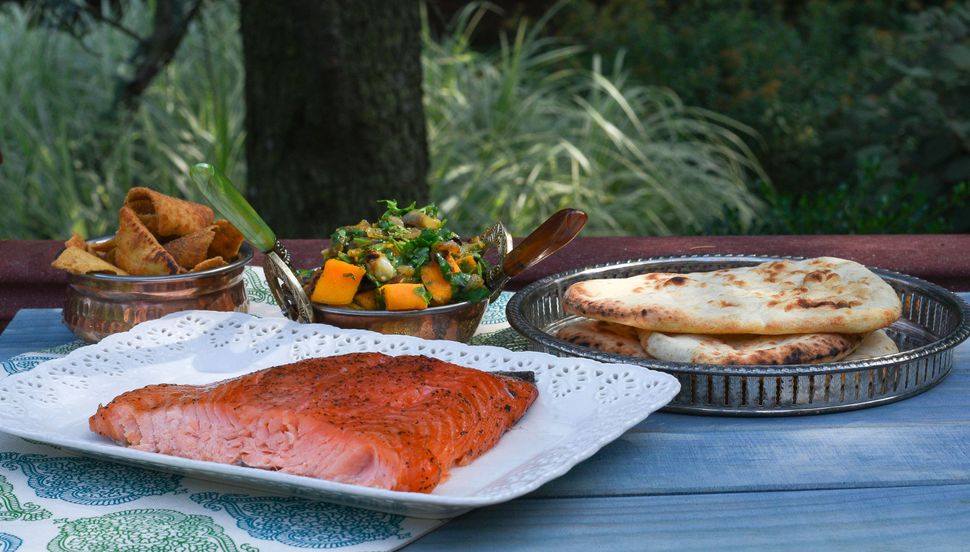 Jews living in India experienced peace, tolerance and respect for millennia. The subgroups of Jews living there were quite distinct from one another in their practices, folkways and food.

The Jews of Kerala, around the city of Cochin, are often seen as a single unit — but they weren’t. There were two groups: The Black Jews of Erknakulam’s Jewtown, or Malabaree Jews, and the White Jews of Mattancherry’s Synagogue Lane, or Pardesi Jews, never intermarried, nor did they share synagogues or live on the same streets.

There was also a tiny offshoot of the Pardesi called the Brown Jews, or Meshuararim.

They argue, after centuries, about who came when, who came first, who owned which plaque, which leader belonged to which group, who Benjamin of Tudela saw, who the Jews of Queen Esther’s Hodu were, who came with Solomon’s traders, who came after the Roman destruction of the temple, who stayed purest, who is the most Jewish and whose history belongs to whom. It all makes telling the simplest of histories mind-spinningly difficult. Among the descendants of these groups (who today number in single digits in India and barely in the thousands in Israel), there is only one piece of cultural identity they agree that they share, and perhaps always did: the influence of the foodways of all of their neighbors — Hindu, Muslim, Christian — and the powerful influence of the vividly verdant environment of Kerala.

Kerala (called “God’s own country”), a narrow, coastal strip in Southwestern India, is framed in the east by the western Ghats Mountains (“the benevolent mountains”) and the Indian Ocean to the west. The region’s cooking is distinct from that of the rest of India. It is vegetable- and fruit-based, bursting with fresh fish (especially seaside-style fried fish), with a few chicken dishes reserved for special occasions. Unlike other regions of India, the cooking here was and is coconut-based and not-yogurt based, making keeping kosher easy. These trends crisscrossed the various Jewish groups, even though they most likely did not share the same rules about keeping kosher — and they never ate together.

Kerala is known not only for its abundant coconut but for its cash crops of tea, coffee, cardamom, pepper, cashews, rice, mangoes, bananas, jackfruit, papaya and pineapple. The cuisine is rich in curry leaves and instead of onions, favored elsewhere in India,, shallots are queen in the culinary kingdom ruled by coconut.

For Rosh Hashanah, I like to think out-of-the-box when it comes to finding a new fruit, and I add dishes that incorporate new-to-us flavors, from new-to-us communities, so we can create a unique and altogether new tradition together. So on Rosh Hashanah this year, in addition to bringing a new fruit to the table, how about a new dish or two, created for an American palate, inspired by an exotic land where Jews thrived for millennia?

Now, I am no traditionalist when it comes to recipes from other cultures. They are inspiration, meant to open a door. So please, know that I am not insulting someone’s grandmother’s recipe if what’s here doesn’t seem entirely authentic.

“Spice and Kosher: Exotic Cuisine of Cochin Jews” by Dr. Essie Sassoon, Bala Menon and Kenny Salem (this is the go-to book that is a must have in an adventuresome Jewish kitchen, full of tradition, recipes and history).

Tami Ganeles-Weiser is a food anthropologist, recipe developer, writer and founder of TheWeiserKitchen.