Tantalizing Rosh Hashanah Menus and All the Weekly Dish 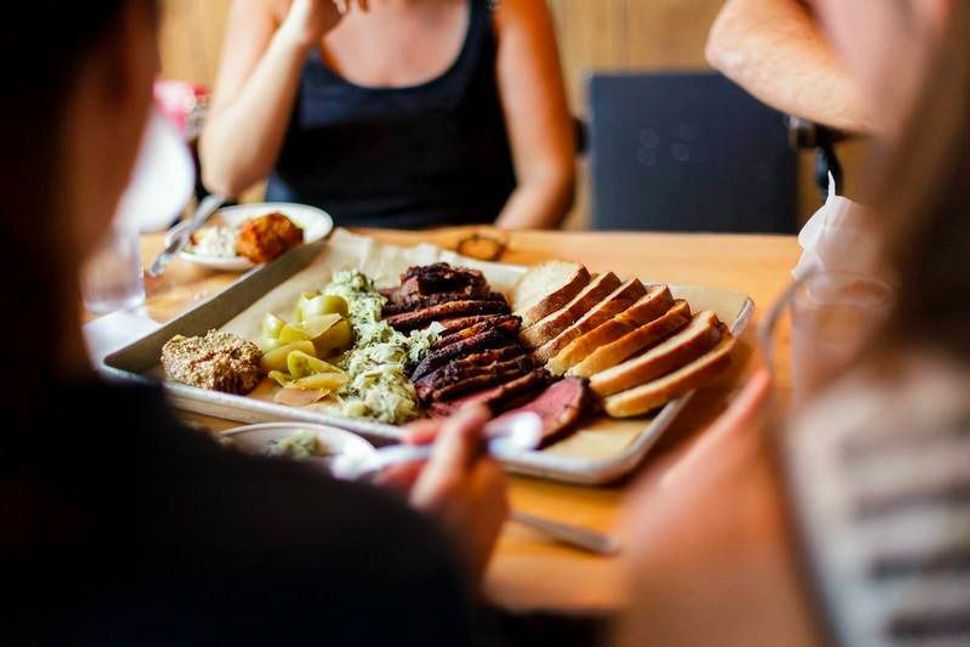 Welcome to the special Rosh Hashanah edition of Dish. Some of our favorite eateries across the country have pretty sweet offerings to ring in 5776.

In Boston, a Rosh Hashanah Pop-Up

Is Rosh Hashanah dinner allowed to sound this sexy?

, the Boston Jewish-food pop-up, is offering a four-course meal with temptations like saffron gefilte-fish quenelles, honey-vanilla poached apple and pomegranate-glazed brisket, with an apple and olive-oil fritter for dessert. A mystery signature cocktail will come courtesy of Beantown mixology star Tenzin Samdo. The dinner takes place September 20 at Trade, the hotspot where Samdo slings up drinks.

DGS, Nick Wiseman’s terrific Washington, DC spot, has an elegant New Year’s slate in store. After your potato soup with trout roe, try choosing between pan-roasted halibut with rye spaetzle and hazelnut gremolata or beef tenderloin with creamy potatoes and black truffle vinaigrette. Can we have both? An apple crumble tops it all off, and every course gets an optional wine pairing.

In Brooklyn, Killer Gefilte Fish and More at Shelsky’s

In New York, It’s Back to Basics at Sadelle’s

Soho bagelry Sadelle’s generated mountains of hype before it even opened. Does it live up to the buzz? Stay tuned. In the meantime, look for a basic high-holiday menu including their much-blabbed-about bagels, sliced nova, sturgeon, and sable, and sweets like babka, rugelach and honey cake.

We also want to know who Sadelle might be, and what we should think of her take on Jewish food. But co-owner Jeff Zalaznick of restaurateurs Major Food Group hasn’t returned our e-mails. Maybe next year.

Tantalizing Rosh Hashanah Menus and All the Weekly Dish