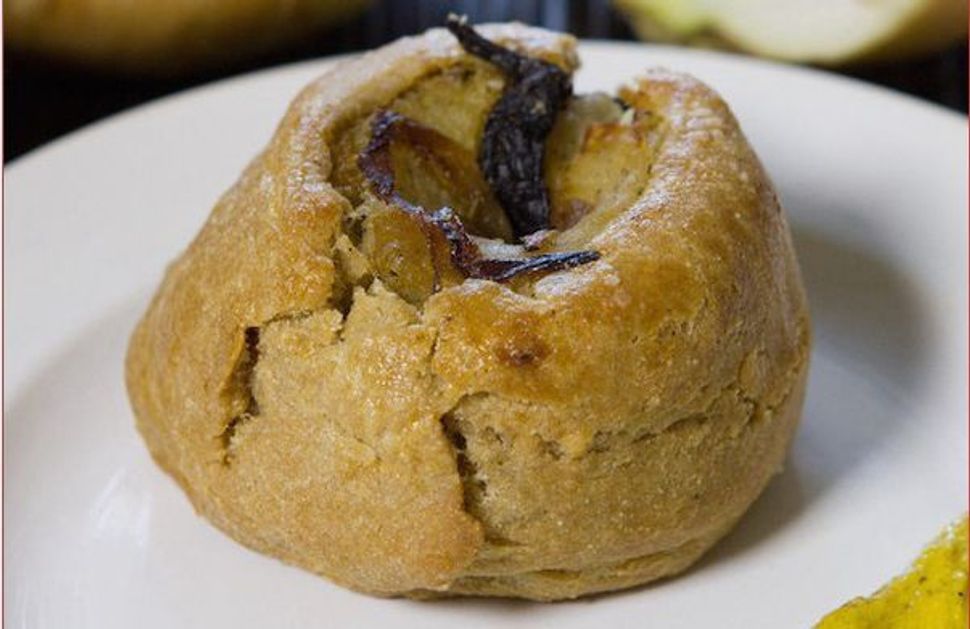 The “Leopold Bloom,” above, is the knish for the urban adventurer, according to the bakery’s website.

You get , a wholesale bakery from which Joel Weinbrot slings up slightly loony literary-inspired knishes.

The reference is Don Quixote, in case you’re stumped.

Weinbrot uses goose schmaltz in his dough, cooks them on hot stone, and makes fillings in-house.