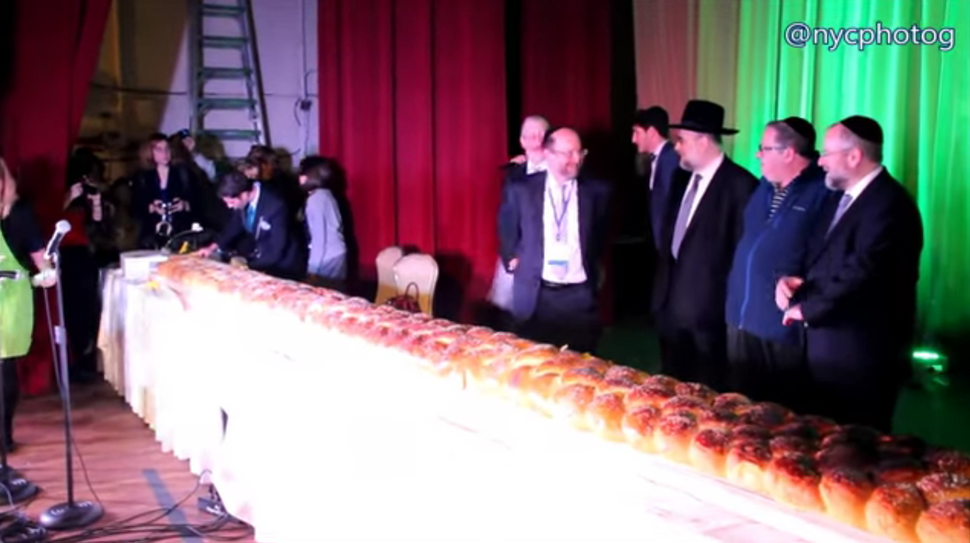 Now immortalized in the Guinness Book of World Records, the loaf above measured in at 20 feet.

Did you smell bread baking last week? You weren’t hallucinating: The 3rd-annual Great Big Challah Bake brought thousands of women out around the world to collaborate on giant loaves.

In New York, a 20-foot challah made the Guinness Book of World Records as the longest braided bread.

Launched in 2013, the event’s aimed at getting Jews closer to Shabbos observances.