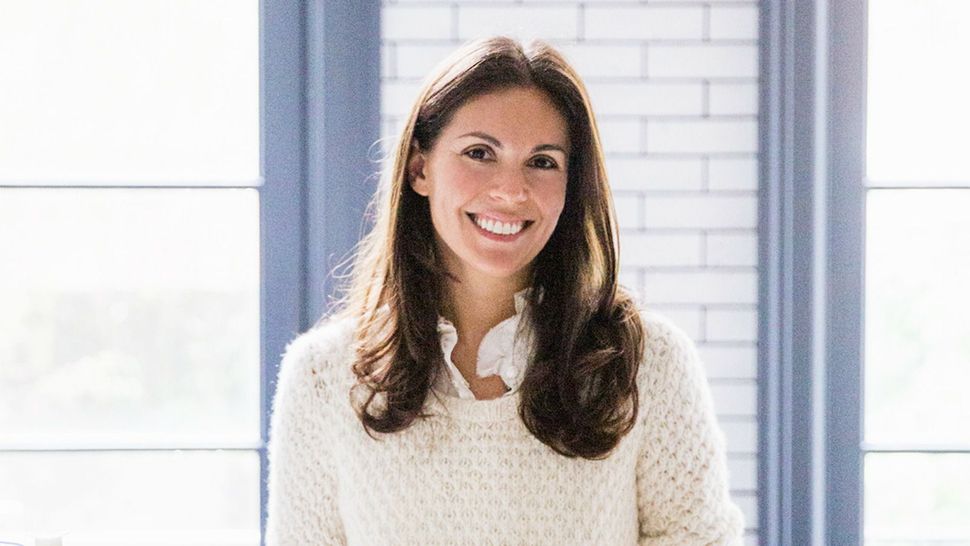 Haven’s Kitchen owner Alison Cayne (above) says, “Everything you do creates this bigger energy. That connectedness is a very Jewish concept.”

But behind the marble tabletops, rustic-chic decor and house-made granola at this cafe and cooking school, there’s a serious agenda around thoughtful eating. And as Cayne tells it, her Judaism adds much of the flavor to it.

“Food choice isn’t just about what you put in your body,” says Cayne, who advocates for local producers and farmers’ markets by featuring their wares on Haven’s Kitchen’s menu. “Everything you do creates this bigger energy. That connectedness is a very Jewish concept.”

Like most good lessons, Cayne’s comes wrapped in a very sweet package. There’s no hectoring about righteous kale or preciously sourced coffee; instead, the airy, bright cafe offers colorful seasonal salads, house-made frittatas and homey baked goods in a room festooned with feel-good messages (“Love is all you need,” trumpets one) and pearls from cooking idols like Julia Child. 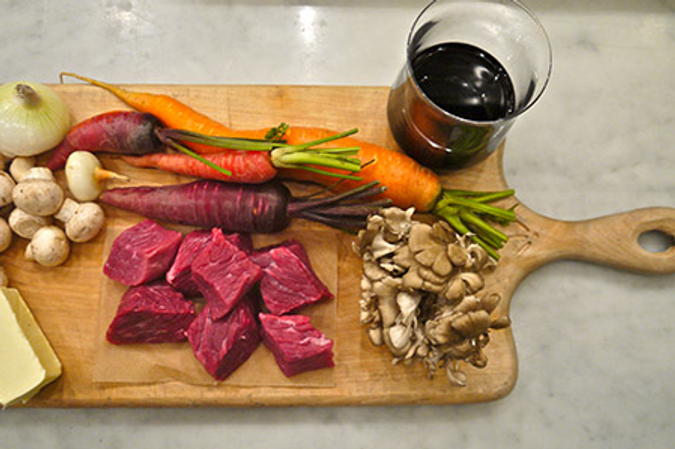 For actual lessons, Haven’s Kitchen also operates a hugely popular cooking school behind the eatery. Its classes — from cooking whole pigs to Sephardic specialties — routinely sell out. The message: You can eat well, and live well, while doing both sustainably.

There’s also a spiritual message, of sorts, around hospitality. “People will always want a safe space where they can talk, think and feel connected,” she says. “I called it Haven’s Kitchen because I saw a need for that. The table’s an altar in a lot of cultures, but we’ve got a lot of disconnectedness. Food and tradition are structural ways for people to engage. Think about Shabbat, the bonding and the being with your community. That’s really beautiful.”

Cayne conceived Haven’s Kitchen’s classes before she even thought about a cafe. “I started off very focused on the school,” says Cayne, who earned a Master’s in Food Science at New York University. “I knew I wanted to contribute in some way to creating alternatives to a food system everyone was so comfortable with. I could help with public policy, or I could teach. At the end of the day, I realized consumer behavior drives policy. I couldn’t think of any place consumers were getting educated on how their decisions affect the system. Now, we do that here.”

The concept of tikkun olam is a big part of Haven’s Kitchen agenda, Cayne says.

“Around the age of 40, you try to figure out what your mission in life is, or you realize you’re not on track and try to change things,” says Cayne, a mother of five who lives in Manhattan’s West Village. “One of my missions is raising my children the best I can, with values of kindness, integrity and generosity. The other mission is doing what I can, in my small way, to heal a broken food system. The business is part of that. Our job here is teaching people that their choices matter.”

Cayne grew up in a privileged Reform household in Manhattan. Her father, James Cayne, was the former CEO of investment bank Bear Stearns. “We started lighting the menorah when I was 10,” Cayne remembers. “But we also had a Christmas tree. My parents both came from families that had been here three or four generations. For a lot of people like that, things get diluted. They gave me Jewish values in other ways, but just didn’t make the connection concrete. And I don’t have that many Jewish food memories.”

When Cayne was 13, her mother, Patricia, started studying Torah. “And that started shifting things for me,” she remembers. While attending Duke University, “I encountered a lot of anti-Semitism,” Cayne says. “I felt like there were a lot of people telling me what it meant to be Jewish. My job was to shore up my identity.”

After reading “a lot of books” and visiting Israel with her mother, Cayne made a connection. “All the things I’d been searching for — family, togetherness, traditions I could sink my teeth into — were there. Judaism gave me a code I believed in.”

Food became “a North Star” in that journey, Cayne says. “I saw other families sitting around their tables or having seders,” she says. “Food just seemed to go along with all of the other things that I love — eating together, cooking together, traditions, the comfort of it all.”

Cayne’s found ways to connect her sustainability initiatives to Jewish holidays as well. “The whole dipping of apples and honey is amazing, especially in New York State, where we have 18 varieties of apples to choose from at the farmers’ markets. And honey, when you look at it from the point of view of bees and colony collapse, is such a gift.”

These days, Cayne is also proud of her own chicken soup — “I don’t have a grandma’s recipe, but I think I’ve nailed it,” she laughs — and her latkes, a “purist” rendition using potatoes and eggs. “When people put in onions and stuff, it just messes them up.”

Next up: a Haven’s Kitchen cookbook from upscale publisher Artisan, in March. Cayne’s taken the unusual step of penning it herself, without a ghostwriter. “It’s just me and the team,” she says. “It’s hard for other people to understand or replicate what we do, so we have to do it ourselves. The world doesn’t need another collection of recipes on paper. People do need a way to break down cooking that’s manageable.”

Which sounds like the tone at Haven’s Kitchen classes. “Everyone gets welcomed at the door,” Cayne says. “We have a very specific teaching style that fits within our value structure. We also don’t have recipes in class — we send them afterwards. We want people to feel liberated, present, happy and enjoying.