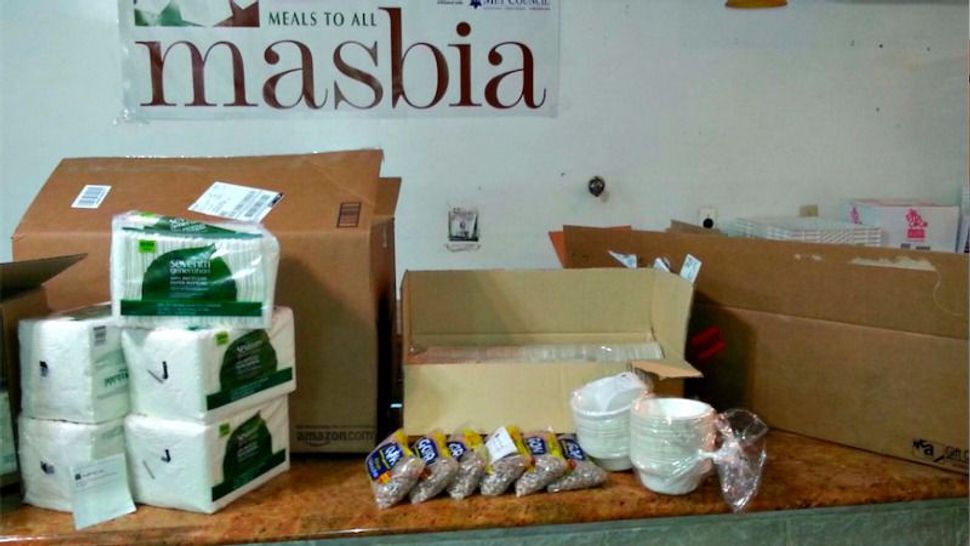 Yes, Masbia is looking for a new space in Queens. But first, how about more plates and napkins?

, the New York organization that feeds the needy in a dignified, restaurant-like setting, may soon be displaced from at least one of its three locations.

“We will most probably stop operating our Rego Park location at the end of January,” said Alexander Rapaport, executive director of Masbia. “We hope to have another place by then. There might be a break of a few days, but we don’t see it as a big break.”

Rapaport said he’s known from the beginning that the digs, on Queens Boulevard, were temporary. It was difficult then, as now, to find a landlord willing to rent to a charity. He only secured the space, he said, because the owner couldn’t get long-term tenants, since he planned to demolish and redevelop the space.

“Our Boro Park location, which is in part of a Y, is having the same problem,” Rapaport said. “We are hoping very much to reopen Boro Park in a full storefront.” So Masbia will soon have to move from that location too. Meanwhile, since Brooklyn rents have risen and the space Rapaport is trying to secure will be significantly more expensive than the current spot, he has initiated a fundraising campaign to benefit that location.

Masbia donors Henry and Susie Orenstein have been paying the rent at the Queens space since the beginning, Rapaport said, explaining that if the new rent is higher there, the Orensteins have committed to covering it.

Still, it’s been hard to find a place along Queens Boulevard with a landlord willing to rent to Masbia. Rapaport chalks it up to bragging rights. “If you’re a small landlord and you go to the Shabbes or Kiddush and you say ‘It’s a new Williamsburg type of café, or a bar, that’s bragging points. If you say it’s a charity, you don’t get bragging points,” he said. “Everything can be mitigated with money, but bragging points, you can’t fix that.”

What money can buy for Masbia are items on a long Amazon wish list, everything from much-needed supplies to kitchen equipment.

Sounds like a lot happening at once, but Rapaport is unfazed.