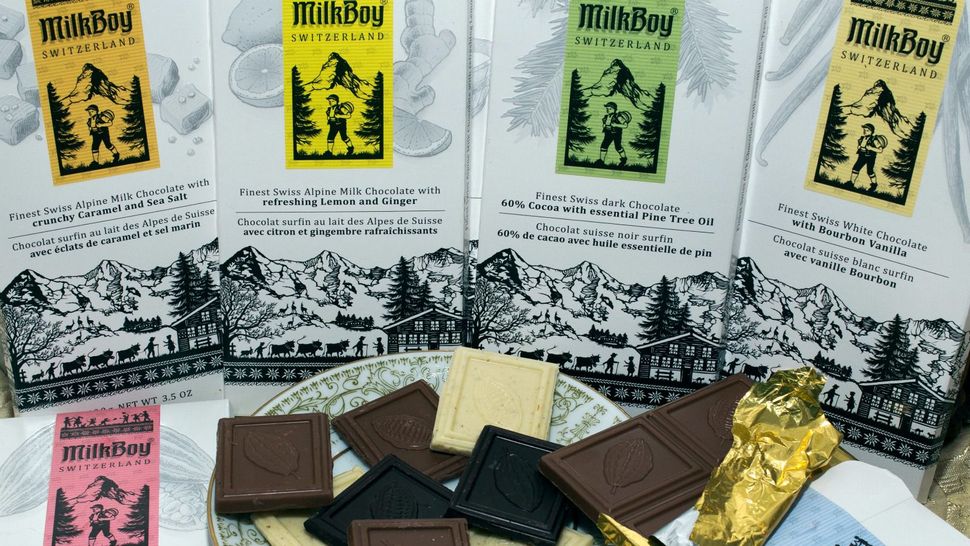 What happens in Switzerland stays in Switzerland, at least when it comes to chocolate. Less than half the chocolate made in that tiny country escapes uneaten into the rest of the world. Yet it’s rare to find real made-in-Switzerland chocolate in the United States, despite the prevalence of Swiss-based brands such as Nestlé and Lindt.

Swiss chocolatier Emanuel Schmerling is out to change that — from Crown Heights, Brooklyn. He’s CEO of Schmerling’s Chocolate, founded by his grandfather and the largest kosher manufacturer of chocolate in Switzerland. He’s introduced an all-Swiss-made brand, MilkBoy, for sale in the U.S. The new brand has garnered accolades in both elite chocolate circles and the specialty-food industry.

Swiss chocolate has great cachet in the United States, even if we don’t see much of the real stuff these days. And Brooklyn has clout for being a center for the farm-to-table, artisanal food movement. MilkBoy captures the essence of both sensibilities.

Schmerling notes that the ingredients in most chocolate products are inherently kosher, but that MilkBoy — the name comes from the young herders who accompany Swiss herds on their summer sojourns in high alpine meadows — is not kosher-certified, at least not at this time.

He sees his mission this way: Schmerling’s is a dependable kosher brand, offering high-quality chocolate that caters mainly to the European market. Whereas Schmerling’s serves a need, MilkBoy fulfills the demands of a palate that has taste memories of fine Swiss chocolate but no easy access to it. Milkboy relies on traditional Swiss production and artisanal ingredients, but its unique flavor profile takes it in a modern direction.

The enterprise also says a lot about how small Jewish communities in small countries can survive, thrive and compete globally. Schmerling’s is one of three kosher chocolate producers in Switzerland, a country of 8 million with a Jewish community of 20,000. The Brooklyn-based Schmerling oversees both Schmerling’s and his growing American distribution from the U.S., flying back to Switzerland about once a month.

Giant Swiss-based multinational chocolate companies choose to make much of their product in countries such as Germany, Italy and the U.S. Consider milk. Switzerland is known for high-quality dairy products, but “the average Swiss dairy herder has on average no more than 40 or 50 cows, and there are typically only 10 or 15 herders in any one village,” Schmerling said. American dairy herds, by contrast, are often 1,000 cows or more.

Another challenge that kosher chocolate makers have in Switzerland is that many kosher ingredients are only available from one or two local suppliers. “We no longer make a kosher honey-nougat chocolate because the one supplier started using the same machine to produce a product that used animal fat,” said Schmerling. “There is no way to clean the machine enough to kosherize it for us, so we couldn’t use it.”

In America, Schmerling’s kosher line sells well in Jewish communities, but competes with many brands in the broader market. So Schmerling decided to step up his game. “I wanted to break out of the kosher market boundaries and create an extraordinary line of chocolates that appeals to chocolate lovers everywhere,” he said.

“Switzerland is an extremely well run country,” Schmerling said, comparing Switzerland and New York, and the small size of the Jewish community in Switzerland has its advantages and disadvantages. “Everyone is friendly, even among competitors,” he said. “We all try to help each other. My best friend growing up was from another kosher chocolate family.” Orthodox and more secular Jews are close in Switzerland, he said.

Schmerling noted that Israel is a short flight away from Switzerland, and that a few hours’ drive in Europe can take you across several international borders. On the other hand, there are few kosher stores and markets in Switzerland, and the largest of them are like the smaller stores in Brooklyn. 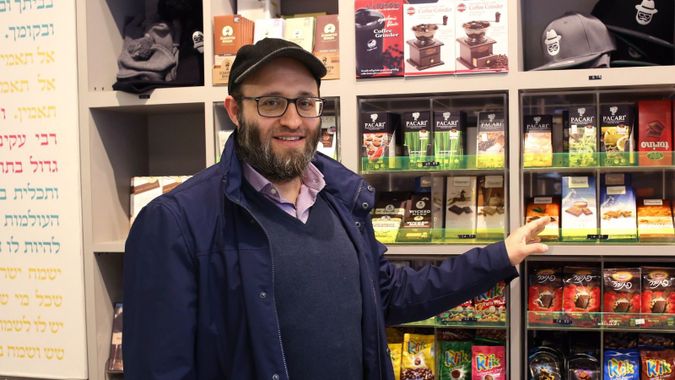 Schmerling became a multinational at an early age. At 13 he left Switzerland for schooling in the U.K., U.S., Australia and Israel. He met his wife, Rochel, while studying at Lubavitcher Yeshiva in Brooklyn.

So far, he has succeeded with his MilkBoy strategy. The brand has entered a more rarified arena, where chocolate is judged by refined palates on flavor profile, individual character, artisanal ingredients and yes, packaging. MilkBoy has gained recognition among hipsters and foodies looking for the next best piece of chocolate.

Schmerling’s dark chocolate with pine oil was a finalist out of 110 entries for the at the Fancy Food Show in June 2015 — a sign that MilkBoy was to be taken seriously among the chocolate elite.

Louise Kramer, communications director of the Specialty Food Association, which hosts the show, said at the time that she was surprised to learn that Schmerling “wasn’t a hipster from Williamsburg” but a “really sweet, sincere guy who makes this incredible chocolate that he only started making nine months ago.”

MilkBoy is batch processed in a small Swiss factory. The batches are still far larger than those produced for the typical Brooklyn artisanal-chocolate seller. But there’s a delicious irony here. Arguably the best “artisanal” chocolate sold out of Brooklyn is made more than 3,000 miles away in Switzerland, where manufacturing has always been small batch, bean-to-bar.