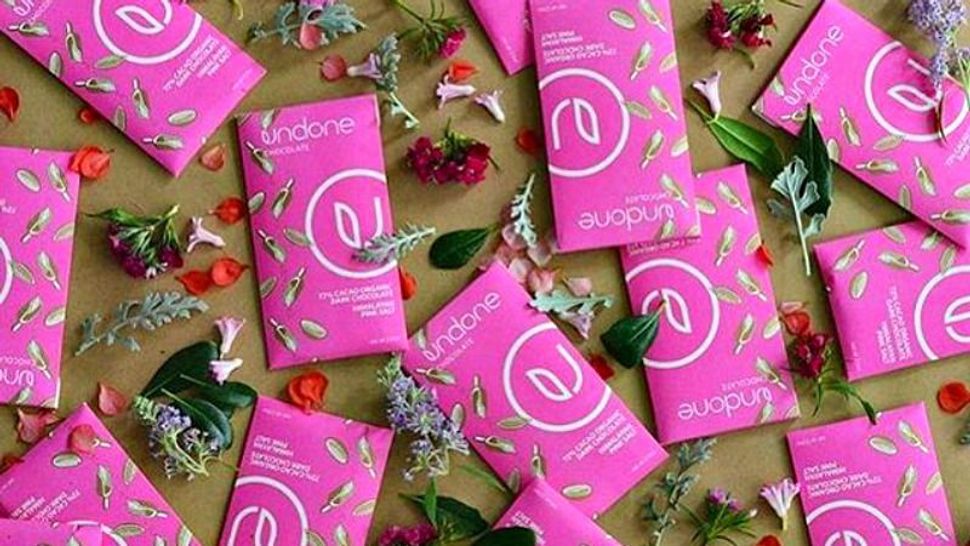 Image by Courtesy of Undone Chocolate

It’s a big day for when I visit. Of course, I think to myself. It’s the week before Valentine’s Day.

“We just got a bunch of orders,” says Adam Kavalier, who co-founded the company with his wife, Kristen.

Behind us, a grinder barrel whirs, churning 70-plus pounds of beans and sugar into a blanket of liquid chocolate. From there, the chocolate will go into the temperer, then into molds to make bars to fill those orders. The room has the creamy, roasted scent of a mug of hot cocoa.

Kavalier grew up in the D.C. area and attended a Jewish day school. Rather than the stereotypical Jewish push toward law or medicine, the family message was “pursue your passion.”

Kavalier’s passion led him to a life in science, and then a focus on the antioxidant properties and sumptuous flavor of minimally processed chocolate. This comes through in the core Undone Chocolate products, which include single-origin bars from the Dominican Republic, Nicaragua and Bolivia. Other bars incorporate almonds, Himalayan sea salt or spices, and the business is now expanding into other chocolate products. 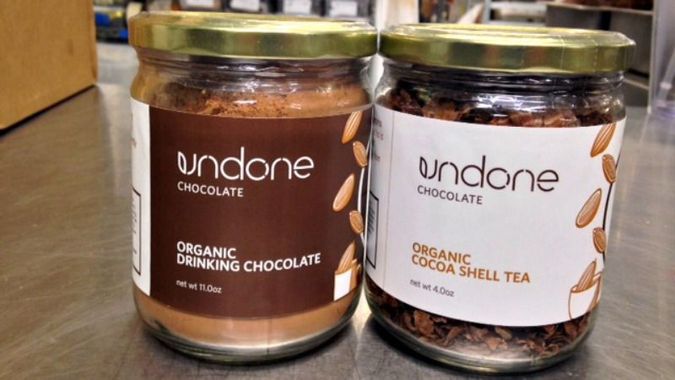 The bean-to-bar factory isn’t exactly a Willy Wonka-esque expanse. Set in a shared industrial kitchen space in northeast Washington, D.C., Undone’s operation is closer to the size of a tool shed. And most of the shining stainless-steal appliances are jury-rigged equipment that only the company’s scientist-turned-craft-chocolate-maker can sweet talk.

“The machine goes down,” Kavalier says, describing his lot, “Adam’s in here with a wrench.”

Still, the fledgling company’s gold-wrapped product is gaining popularity at a dizzying pace. A few hours before my visit, Kavalier appeared on public radio’s The Kojo Nnamdi Show](http://thekojonnamdishow.org/shows/2016-02-10/does-made-in-dc-matter “”). Thanks to his Ph.D. in phytochemistry, the study of chemicals from plants, he could share both a scientific and entrepreneurial view of craft chocolate. Meanwhile, on air, the host savored a piece of Undone’s Bolivian Wild chocolate and then one spiked with cardamom, cinnamon and chili pepper. The same day, the trendy [Boundary Road bistro launched a week-long “menu takeover,” featuring a slate of desserts that incorporate Undone Chocolate. This weekend, Kavalier will speak about the scientific connection between love and cacao at the U.S. Botanic Garden and run pop-up stores at two D.C. restaurants. 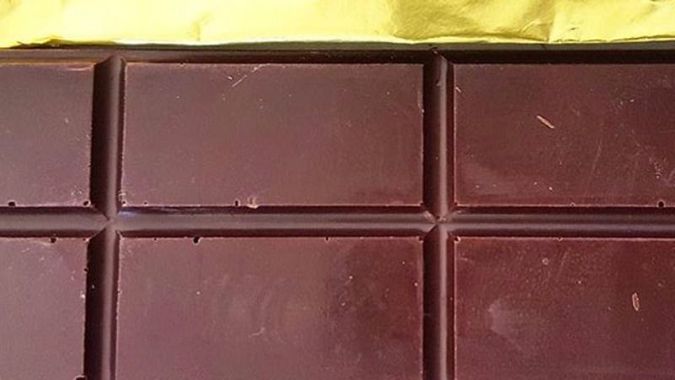 Image by Courtesy of Undone Chocolate

The company’s gold-wrapped chocolate is gaining popularity with dizzying speed.

The packed schedule isn’t surprising for a chocolate maker before the biggest holiday for the product. But what I thought was a Valentine’s Day rush is actually the norm for Undone Chocolate.

A year after launch, Undone is in 100 stores across the country](http://www.nearestyou.com/b/undone-chocolate “”), says Kavalier. The company has obtained vegan certification and gained the USDA Organic stamp. The list of Undone products has ballooned from a few bars to six, along with two kinds of drinking chocolate, chocolate bitters and a cocoa-shell tea. Chocolate lovers can also join a subscription service, which Kavalier says gives them an “inside view” of new trial flavors made with ingredients such as lavender and specialty salts. In addition to the Boundary Road takeover, [Muze at the Mandarin Oriental features Undone’s Bolivian chocolate in a luxurious dessert. Two breweries — 3 Stars and Blue Jacket — are using Undone cacao nibs in their beers.

“People are reaching out to us all the time to collaborate, because we’re local,” Kavalier says.

To keep up with production, marketing and in-store demos, the company has hired three full-time employees.

For retail, Kavalier sees most customers buying Undone Chocolate as gifts. He points out that a bar makes a great offering for a host.

“Bring it to a party with a bottle of wine,” he suggests.

“People who are kosher generally think a lot about the food they put in their body,” Kavalier observes. “And that’s what we take pride in.”

Kavalier would also love to break into the bar and bat mitzvah market, and obtain gluten-free certification. However, some ideas will have to wait until Undone moves into its own facility. The company team sees this on the horizon, envisioning a factory with tours, classes and room for a café — much like a brewery with a taproom.

When I bring up matzo toffee — the Passover treat that layers caramelized butter and sugar with (often) cheap chocolate — Kavalier doesn’t take offense. Though he’s never made it, he offers to whip up a batch with his artisan confection.

Whatever the entry point, clearly the product can speak for itself. After all, Kavalier says, “it’s unique. It’s memorable.”

Rhea Yablon Kennedy teaches at Gallaudet University and lives in Washington, DC. Follwer her on Twitter @RheaYKennedy. Her website is RheaKennedy.com.