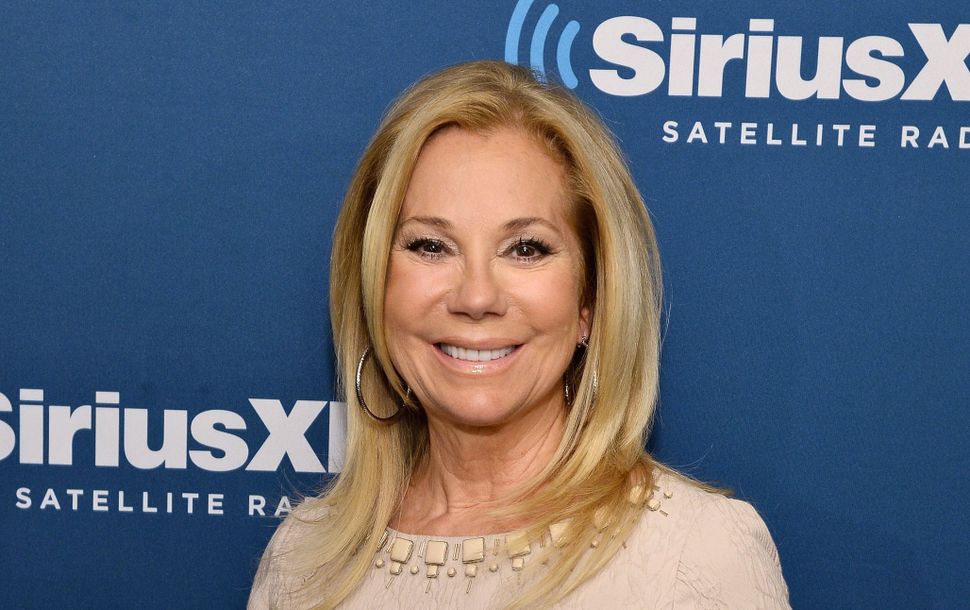 Kotb couldn’t get enough of the sesame dip and was so eager for seconds that she asked Gifford whether she could double-dip her spoon .

Gifford isn’t the only media personality excited about Israeli food. Prior to her trip, Iron Chef Geoffrey Zakarian extolled the Jewish state’s on-the-rise cuisine to her.

“Israel has become the top gastronomical place in the world,” the famous restaurateur said, according to Gifford.

She also showed off souvenirs from her trip, including mud from the Dead Sea, wooden goblets from Bethlehem and jewelry by Israeli designer Boaz Kashi.

Gifford is a practicing Christian, but has Jewish roots on her father’s side, and is a frequent visitor to Israel.

She first visited the Jewish state at age 17, electing to miss her high school graduation in order to complete the trip.

“I was raised with many Jewish traditions and raised to be very grateful for my Jewish heritage,” she told Larry King.