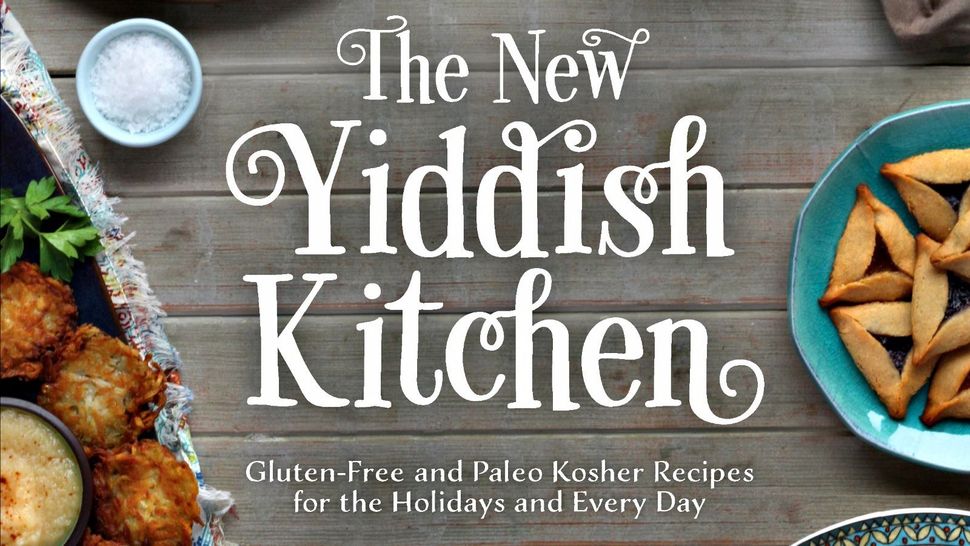 At its heart, Ashkenazi Jewish cuisine is all about the carbs. From Shabbat’s braided challah loaves to starch-on-starch treats like blintzes and knishes, it is hard to imagine a Jewish holiday or a trip to the delicatessen without flour, and lots of it. So when bloggers Simone Miller (chef of San Francisco-based Paleo catering company, Zenbelly) and Jennifer Robins (who runs the site Predominately Paleo) started reminiscing about the Jewish dishes they grew up with, they realized they had a delightful challenge on their hands.

Their collaboration led to “The New Yiddish Kitchen” (Page Street Publishing, March, 2016), a beautiful cookbook that translates traditional Jewish holiday and everyday dishes for the rapidly expanding grain-, gluten-, dairy- and refined sugar-free communities. Miller and Robins were ambitious, tackling everything from black & white cookies and blintzes to the perfect fluffy matzo ball. I recently spoke with Miller about the inspiration behind the “The New Yiddish Kitchen,” her favorite breakfast Jewish breakfast food and how, after countless hours in the kitchen, she and Robins triumphantly cracked the code on making a worthy Paleo bagel.

What was your inspiration behind the book?

Jennifer and I met through the Paleo blogger community. The book idea started with challah and turned into a conversation about how there weren’t any really good Paleo recipes for Jewish holidays. We realized that if anyone was going to be writing those recipes, it might as well be us — two Paleo bloggers who were raised Jewish. We started it off as a small Hanukkah e-book and it kept growing from there with more recipes and a publisher. 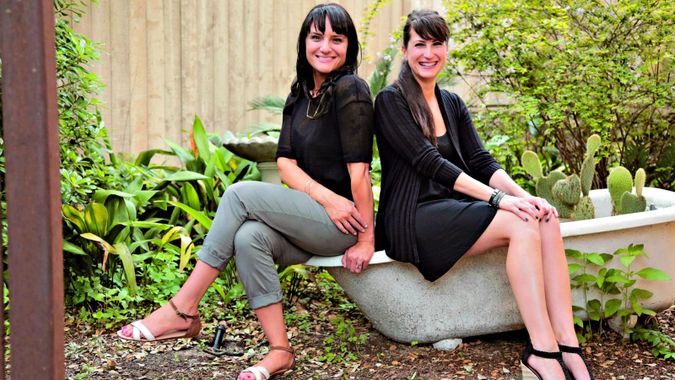 What was your Jewish culinary background?

For my family, the holidays were always about the food. My family would go to synagogue sometimes, but were really more into Jewish culture and the symbolic food and stories. My parents both grew up in New York and were interested in ethnic cuisine, so we ate everything and appreciated different types of food. The real Jewish stuff came out in full force on the holidays. There was matzo ball soup, always, and my cousins and I would have matzo brei the mornings after the seders. I always loved bagel spreads with smoked white fish, cream cheese and all the vegetables. And, if anyone sneezed in our house my mom would make chicken soup immediately.

How did you pick which recipes to focus on for the cookbook?

The original e-book was 50 recipes, so when we decided to expand it to 100 it opened up the possibilities. While figuring out the table of contents we started with recipes that felt like they had to be there — things like brisket, matzo balls, challah and other dishes that are inherently Jewish. Then we branched out to other Eastern European dishes and Middle Eastern dishes that we grew up with: the hummus and pita bread and things that are part of Jewish culture but not necessarily specific for holidays.

What recipe was the most challenging to convert to the Paleo diet?

Overall, the baked goods like challah and babka — things you would not think of as being a part of the Paleo lifestyle — were challenging. The bagels were our biggest hurdle. I grew up in Connecticut with two New Yorker parents and had a snobby idea of what a bagel is. It’s very specific. I was not okay putting out a bagel recipe that was just okay. I didn’t want it to be too dense or too bready; it really had to be perfect. Honestly, I didn’t think it was possible. Jennifer is more optimistic. We spent a million hours in the kitchen working on blending the flours just right and it was worth all the trouble. We saw so many people on Instagram who posted a picture of the book, and then a couple of hours later posted a picture of their bagels!

Did you take any liberties from the Paleo diet in order to make the recipes work?

We used gluten-free, grain-free flours like potato starch and cassava flour to make our desserts and breads. Some people who follow a squeaky clean Paleo diet would not use them. But we are a bit more flexible. Paleo is really about eating real food — things like meat and vegetables without all the processing — and finding a diet that makes you feel good. It doesn’t have to be some exact historical reenactment.

Any favorite breakfast recipes from the book?

I love the matzo brei. The one my mom made was like a giant fluffy pancake. So often on Passover you feel like you have a constant brick in your stomach, but she’d separate the eggs and beat the egg whites so it was a lot lighter. We aimed to capture that same essence in our matzo brei recipes.