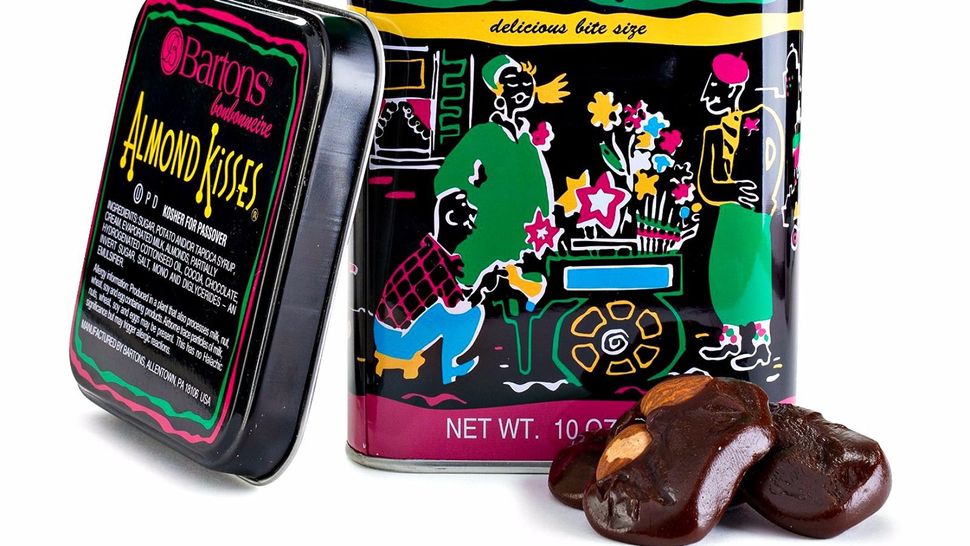 If you are counting the days to Passover, perhaps you have also started hunting for nostalgia-laced Barton’s Almond Kisses. You may look forward to chewing them slowly to squeeze out the sugary, chocolate nuttiness. Save the iconic tin to store your leftover macaroons and matzo brickle. Think back, if you are of a certain age, to your visits to local Barton’s stores to select your favorite bon bon amidst the mid-century décor.

Founded by Stephen Klein, the start-up immigrant Barton’s company also concocted matzo balls from chocolate covered coconut or marzipan. The Orthodox-observant Klein educated his interfaith chocoholic public by inserting Jewish games and Jewish holiday stories into all of the chocolate boxes. The company paid for educational Jewish content advertising in The New York Times. The factory closed for Jewish holidays. Even its seasonal Santa Clauses and Easter eggs were kosher.

When confusion arose about whether cocoa beans for making the chocolate were legumes (kitniyot) and therefore forbidden for Passover consumption, Barton’s created a Haggadah for Passover. Barton’s Haggadah encouraged people to make positive connections of chocolate with Passover, since cocoa beans are seeds and may be eaten during the festival. Another Haggadah distributed by a food company, the Maxwell House Haggadah, sought to convince Jews that drinking coffee during Pesach was permitted, since coffee comes from berries. 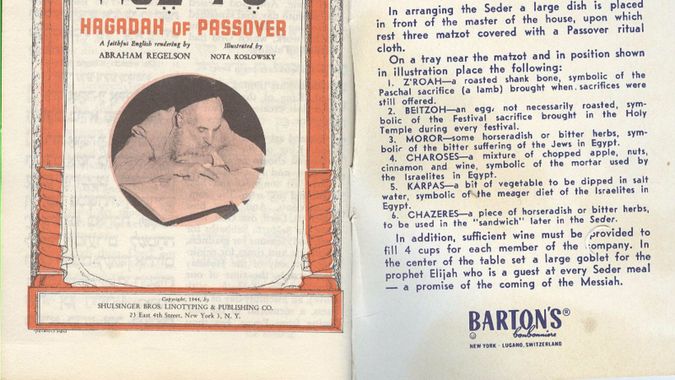 The Klein family sold this charitable, start-up company in 1978. The Barton’s Company may not be the same, but you can count on the Almond Kisses.

Where to find them:

Rabbi Deborah R. Prinz lectures about chocolate and Jews around the world. Her book, On the Chocolate Trail: A Delicious Adventure Connecting Jews, Religions, History, Travel, Rituals and Recipes to the Magic of Cacao (Jewish Lights) is in its third printing. The book is used in adult study, classroom settings, book clubs and chocolate tastings. Prinz blogs at The Huffington Post, The Jewish Journal, On the Chocolate Trail, and elsewhere.