‘Iron Chef Odessa’ — A Passover Cooking Competition in the Ukraine 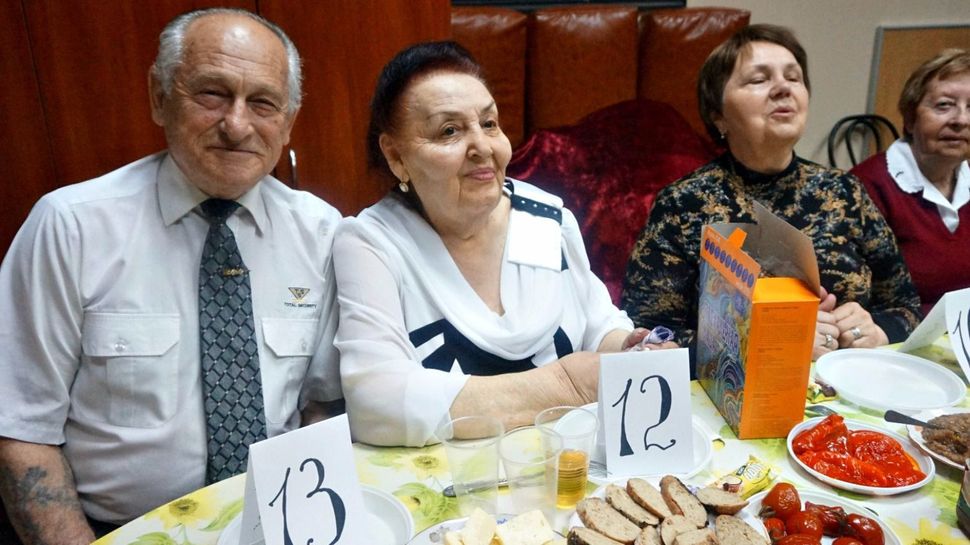 At the Hesed Shaarei Tzion social welfare center in Odessa, Ukraine, elderly Jews gathered April 20 to compete in a Passover-themed cooking competition— an Iron Chef-type event with matzo as the main ingredient.

Among the competitors were former doctors, musicians and engineers, whose dishes were judged by Hesed professionals and volunteers, with feedback from elderly participants.

First prize went to 79-year-old Kadya Feon, a former seamstress, who won for her gefilte fish.

“Pesach means first of all freedom for me,” Feon said. “Here, at the Hesed, we have the freedom to be ourselves, to be needed and to be happy as Jews.”

Second place went to Ida Malanyuk, 75, for her matzo chocolate cake, which she decorated with orange and kiwi slices and colorful sprinkles. 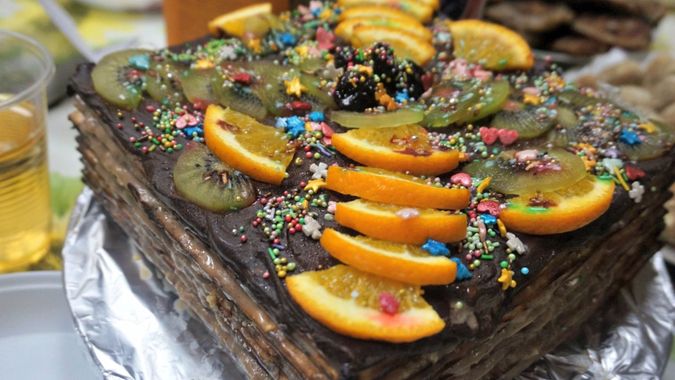 Image by Courtesy of the American Jewish Joint Distribution Committee

Other dishes included leikach (honey cake), layer-cakes and matzo pies, called matzovnik, made with a variety of salty and sweet fillings including honey and chocolate cream.

The JDC provides humanitarian assistance to needy Jews and fosters Jewish life across the former Soviet Union. It sponsored Passover events in more than 200 cities and towns this year and distributed matzo to more than 62,000 elderly Jews and children.

‘Iron Chef Odessa’ — A Passover Cooking Competition in the Ukraine