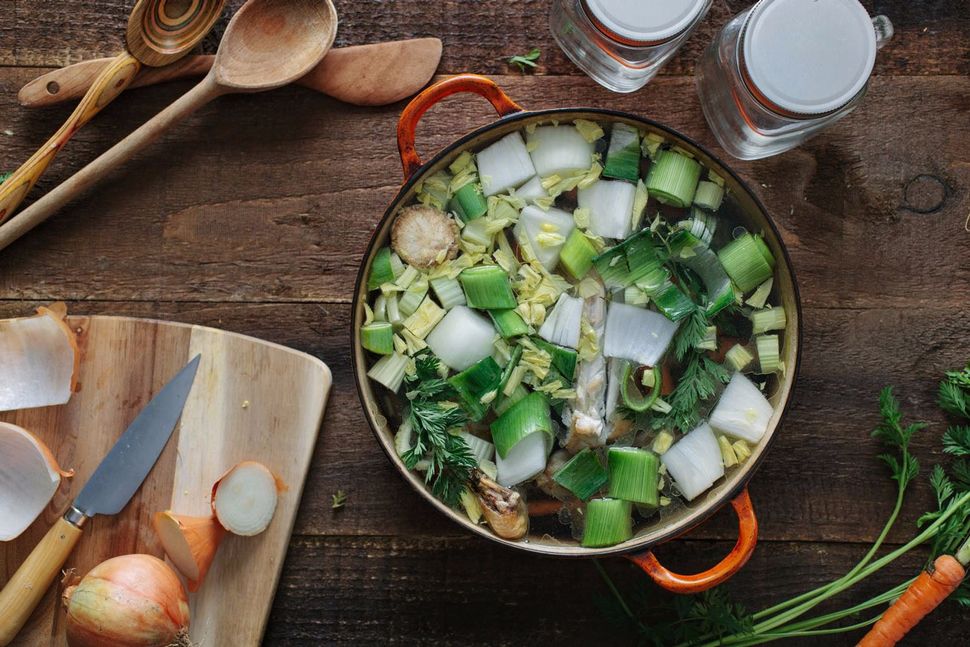 Image by Courtesy of Springbone Kitchen

What does matzo-ball soup have to do with the paleo diet?

A lot, according to Jordan Feldman and Sam Eckstein. The pair this week opened Springbone Kitchen in New York’s West Village; bone broths, the nutrient-dense and very trendy soups popular with the paleo set, are the focus.

“The amazing thing about bone broth is that nearly every culture has a version that they’ve been drinking for centuries,” said Eckstein, a former investment banker. “Each has its own spin on it. I grew up with matzo ball soup at the dinner table every Friday night. And I have Korean-American friends who grew up drinking seolleongtang – literally, ox-bone soup – whenever they were sick.”

Bone broths, Eckstein told the Forward, are “a new term for an ancient concept. It’s what you get when you cook bones for a very long time, usually at least 10 hours. The reason to cook the broth for so long is to give the bones time to break down and allow their nutrients — collagen, glucosamine, glycine, proline, hyaluronic acid, to name a few — to release into the broth,” he explains. Eckstein claims that “gut, joints, skin, hair, nails and sleep have all been shown to benefit” from the proteins and amino acids. 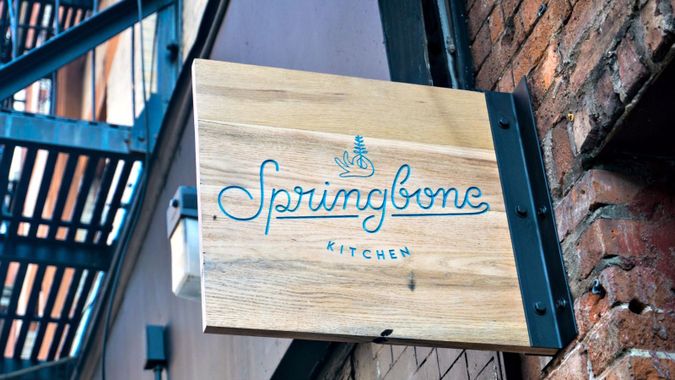 Image by Courtesy of Springbone Kitchen

Eckstein and Jordan swear their own experiences bear that out. When conventional treatment didn’t help a persistent knee injury, Feldman decided to try bone broths. A few weeks and many cups later, Feldman said, his injury improved. He got Eckstein hooked on the broths’ intense flavors, and a restaurant idea was born. For their broth formulations, the two brought in Karl Wilder, a chef with a Master’s degree in nutrition “who’s been cooking and drinking broth since way before it became cool,” Eckstein said.

A business partnership seems natural for Eckstein and Feldman, lifelong friends whose families moved from neighboring Upper West Side apartments to adjacent houses in Englewood, New Jerset at the same time.

Products of Jewish day schools, both Eckstein and Feldman spent a year in Israel after high school. “Judaism is really important to us and has helped shape our views towards animal welfare,” Eckstein says. “We respect all living things and that means only sourcing our bones from farms that treat their animals humanely. For us it’s a religious and moral imperative.”

And what exactly is a Springbone?

“The word is a portmanteau,” Eckstein says. “It symbolizes the restorative powers of bone broth. There is an ancient South American proverb that says ‘Good broth will resurrect the dead.’ We haven’t tested that yet, but we found that our bodies have responded incredibly when we introduced bone broth into our diets.”

Jewish delis and Japanese restaurants, of course, have been serving their own renditions forever.

“Traditional recipes have been a big inspiration for us as we developed our own recipes,” Eckstein says. “But we’re not trying to compete with the matzo ball soup from Second Avenue Deli or the tonkatsu ramen from Ippudo. We’ve taken the principles behind this ancient and essential human food and created something fun.”