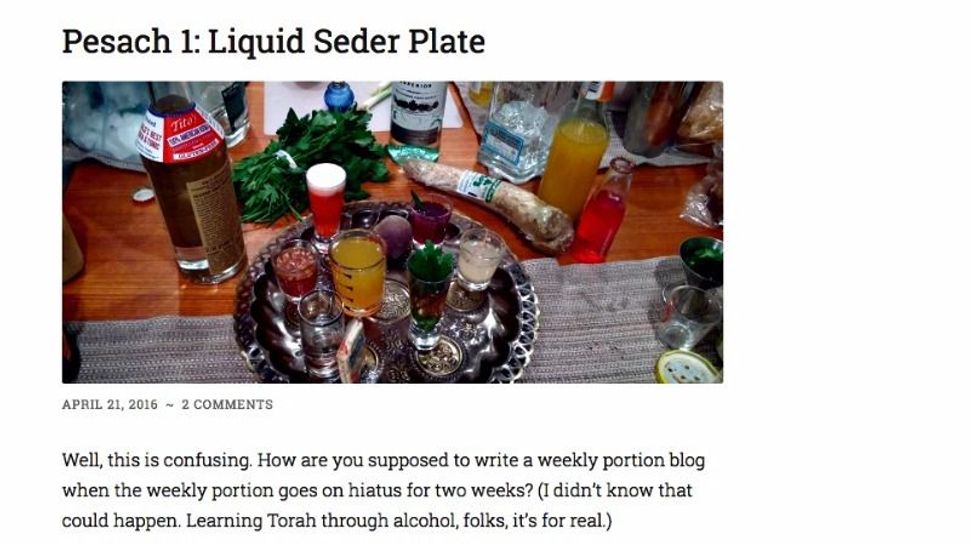 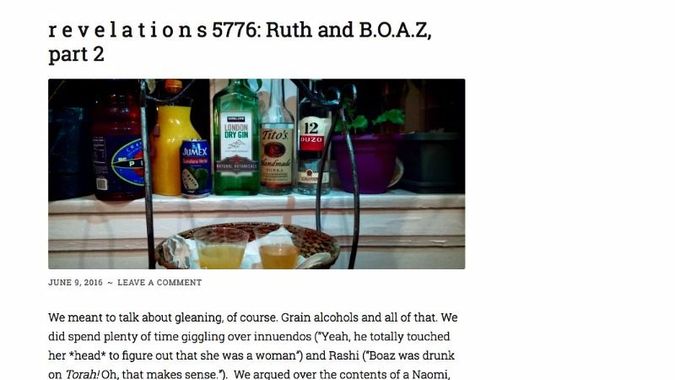 In every Torah portion, there’s an alcoholic drink just waiting to be discovered.

So says amateur bartender Andrea Frazier and her fellow Kiddush Club devotees on Chicago’s South Side.

Frazier has created a boozy, parsha-themed blog, “Tippling Through The Torah,” whose premise is that the weekly Torah portion can best be appreciated when accompanied by a round or two.

Frazier, 36, a hospital analyst by trade, started her mixology blog in October with Parshat Bereshith on a dare from her rabbi, Rabbi David Minkus. The leader of Congregation Rodfei Zedek, a Conservative synagogue in Hyde Park, Minkus praised Frazier’s enterprise for bringing Jews together. “Not everyone knows Torah,” he said. “But drinking is very accessible.” 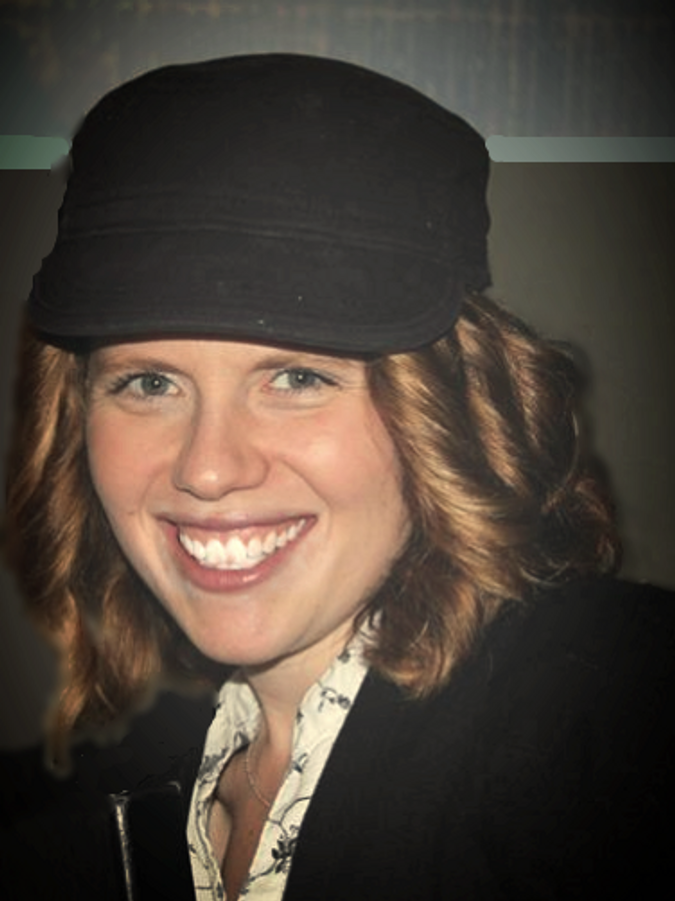 Frazier created a boozy, parsha-themed blog, ‘Tippling Through The Torah,’ whose premise is that the weekly Torah portion can best be appreciated when accompanied by a round or two. Image by Courtesy of Andrea Frazier

Frazier’s irreverent and sometimes R-rated rendering of the portion and holidays (she suggests that Parshat Kedoshim is offensive to the modern ear and that consenting adults should just go at it while everyone else moves out of the way, and she has a drink called “Vashti’s Tuchis in honor of Purim) might be too bawdy for some rabbis, but Minkus is an avid fan.

To be able to find the appropriate drink name. and ingredients tied to the parsha, Frazier and her crew of oenophiles have to conduct a very close reading of the text and must be uniquely creative, Minkus said.

His favorite drink recipe in the blog is the Shavuot-inspired “Boaz,” made with Araq, vodka, ginger and tea.

The task of concocting a cocktail every week is no stroll in the park. Frazier and her team pour over the entire parsha and accompanying commentaries to find the passage that determine the week’s libation. “The whole table is covered with commentaries and chumashim and, of course, drinks,” Frazier said.

One of the contributor/tasters, Max, a PhD candidate in physics at the University of Chicago, who did not want his last name used in this article, explained that he reads through the parsha and Rashi, “who is good at highlighting interesting phrases and looks for word-play,” to help come up with drink ingredients. Then the group meets with “as many liquors and chumashim as we can find.” 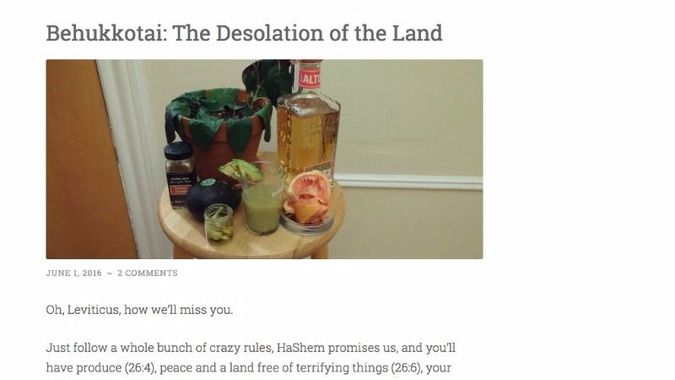 Some of the creations, like “Clouds and Fire,” made with ice cream, kahlua and whisky, in honor of Parshat BeHa’alotecha, sound downright heavenly. On the other hand, “The Desolation of the Land,” for Parshat Behukkotai, made with tequila, avocado, garlic and cumin, would not be my first choice at an open bar.

Frazer rejects the notion that she’s a Jewish girl gone wild. “I actually think it’s pretty good role modeling in finding new ways to share Torah with the community.” She made a menorah for Hanukkah out of stylish beer bottles and gave a Biblical Mixology demonstration at a Chicago synagogue.

Frazier discovered the joys of alcohol while she was a student at the University of Iowa pursuing a PhD in math. She has a penchant for flavored beers, liquors and (kosher) Jell-O shots. One of her favorite creations is “The Fiery Law,” made with hot peppers, vodka, lime juice, honey and ginger for Simchat Torah. “It’s a fascinating mix of flavors.” 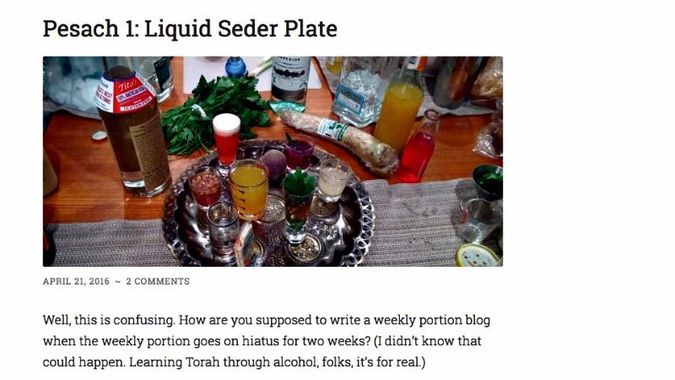 Frazier’s first foray into mixology was an alcoholic seder plate, which was a big hit among her drinking buddies. “We’re finding new ways into the Torah,” said Frazier proudly. “It’s definitely led to more interesting conversations.”