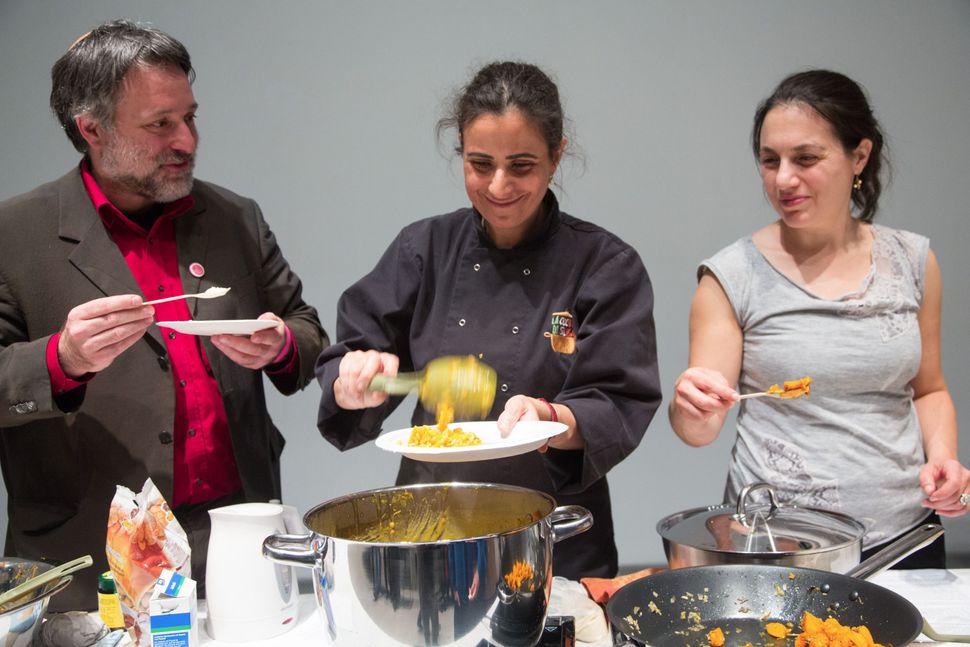 Jewish Italian chef and cooking teacher Silvia Nacamulli doesn’t believe in keeping particular recipes in the family, and as she collects the vegetables for eggplant Parmigiana or fried matzo fritters with pine nuts and orange zest, she is constantly thinking of how she can make the recipe easier for her students to follow.

“I’m someone who very much believes in not keeping your recipes secret,” said Nacamulli, who grew up near Rome and now gives cooking lessons at the Jewish Community Centre in London and other locations throughout the city. “Your hands are your secret.”

Although Nacamulli spends most of the year in England with her husband and their twin girls, she regularly returns to Italy for both work and to see family. In 2008, she started taking groups to Tuscany and Umbria for weeklong cooking seminars in which they put together menus using local ingredients and learn about different wines. She has had people travel from the U.S., Israel, Canada and South Africa to learn about Jewish Italian cooking in the spots where the food and traditions originated.

For Nacamulli, Jewish cuisine is indistinguishable from her family’s history in Italy — meatballs, risottos and pasta are all recipes that have been handed down over centuries of being forced to make do with cuts of meat other people threw away and relying on local produce to fit more restrictive Jewish dietary laws.

“I grew up not knowing what gefilte fish or kugel or hamantasch was,” said Nacamulli, who wants to pass on the traditions of Jewish Italian cooking to people who may have otherwise had a very narrow view of Jewish cuisine. Students are often shocked to discover just how “Italian” and Mediterranean recipes that are traditionally Jewish can be. 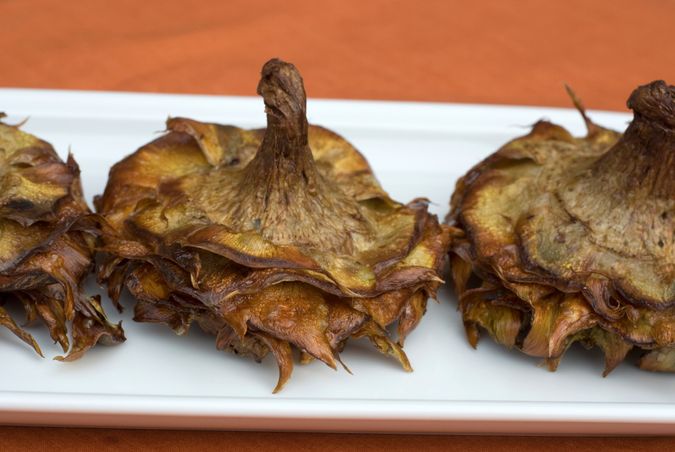 Having completed her master’s degree in the politics of the global economy, Nacamulli took a somewhat unconventional route to becoming a teacher. While she grew up in a family that loved cooking and eating, it took her some time working with computers in the early days of the Internet before she realized that what she really loves is sharing the recipes she grew up with to others.

She then completed an internship at one of Yotam Ottolenghi’s restaurants in London and became inspired by food that comes with a personal connection.

“What I teach is really my home, what I grew up with, my traditions,” she said.

Today, a diverse group of people sign up for Nacamulli’s classes in London and Italy — both Jewish and non-Jewish, teenagers and retirees. She likes to start each session with some background on food in the region, whether it be the history of pumpkins or the way Jewish people in Italy have adapted traditional dishes, such as substituting goose for porchetta or making a vegetarian lasagna instead of using Bolognese sauce.

Then students get elbow deep in the actual cooking process while Nacamulli keeps an eye on them as they knead pasta for homemade gnocchi or heat oil for deep-fried artichokes filled with chocolate, a perennial favorite. She tries to tailor each class to what her students most like to prepare and is pleased that no meal turns out quite the same way.

“There’s not necessarily a right and wrong way of cooking, unless you use salt instead of sugar,” said Nacamulli. “There’s palate and there’s taste buds and whatever works for someone.”

In fact, students often improvise with ingredients — making lasagna with mushrooms in some cases and spinach in others — and learn how to adapt the recipes when they prepare them at home.

The open approach to cooking is similar to the variations that Italian Jewish cuisine has taken over the years, Nacamulli said. She has now been teaching cooking for nearly 15 years, but she didn’t realize just how much she relied on intuition and the senses with her students until she started writing the recipes down for a cookbook she plans to finish by the end of 2016.

“I very much enjoy the interaction and the sharing,” said Nacamulli, who believes that an appreciation of food does not necessarily need to be instilled from childhood.

Some students come from families, like hers, with a generational love of food, while others spend most of their adult lives ordering takeout — but as each type of student becomes more confident in recreating a simple recipe without instruction, Nacamulli experiences a certain pride in knowing that people will continue eating this type of food. After spending more than 19 years outside her native Italy, she feels a responsibility to pass Jewish Italian cooking on to new generations of foodies.

“It’s not a mantra. People come for pleasure….” said Nacamulli. “Let’s make the best of that wanting part.”